The boys play some basketball

Jeff is upset about moving to a landlocked state until he "finds his waves."

Sonny with a Chance of Buckets

Jake tries to ride a bull that's as fast as lightning.

Jenny plays confidently and boldly after watching and imitating the skillful players on the opposing water-polo team.

Jamie has offended the most popular girl on the softball team. Will any of the players ever be friends with her?

Abby is her team's staunchest supporter but when will she get a chance to play?

Yuri is teased about being small for his age--until he makes the village soccer-club team.

This gymnast gets a chance to use her talent and energy.

Alex learns that races are won by those who run the fastest and work the hardest.

Pete overcomes his fear and sleds down the hill.

In this story set in an ancient Mayan town, Jaguar Paw finally finds some kids who just want to play the game.

Hannah who feels as if she cheated gives her prize to another bicyclist.

Paxton won't be satisfied with second place in the go-kart race today...but can he beat Mark who has more sponsors and a better kart?

A year after an accident in the half-pipe Eva overcomes her fears and executes a perfect eggflip. 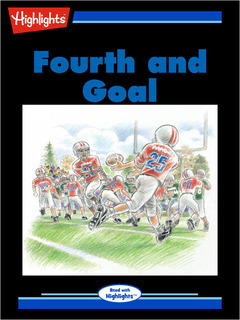 Brian adds a new twist to an old football play--and his team wins the game.

Darren takes a classmate's suggestion to play smart when he finally gets a chance at bat.

Real teamwork wins the game for the Hawks. 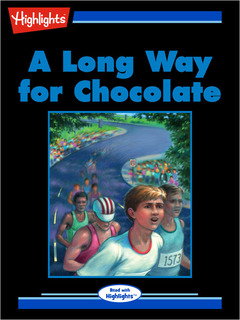 A Long Way for Chocolate

For this boy completing the marathon is the real reward.

Casey Finnegan is a talented skateboarder. He lives to skate. At the end of his final year of high school, Casey is wondering what to do with his life. He hasn't applied to any colleges, and other than skateboarding, he doesn't believe he's very good at much of anything. When a young movie star contacts Casey and offers him the job of stunt double in an upcoming skateboarding movie, Casey is stoked. It's his dream job, and Casey jumps at the opportunity to train the star. But when word gets out about Casey's new gig, a local skater has other ideas about who would make the best stunt double.

Sixteen-year-old Spencer loves his job at the local racing stable, but when he becomes convinced that someone is drugging the racehorse Lord of the Flies, no one believes him. In an effort to find out who is behind a dangerous race-fixing scheme, he takes on some of the most unsavory members of the track community. By refusing to turn a blind eye, Spencer risks losing those he cares most about, including Em, the stableowner's niece.

Jack Spencer has more to worry about than being kicked off his high school's basketball team. He uncovers suspicious circumstances surrounding the car crash that severely injured his mother and learns of his father's arrest for fraud. Jack's dad is tough on him, but he has learned to live with it. For the most part, he has it pretty good. Jack is a star player on his high school basketball team with everything going for him-scoring records, popularity and an easy path to a college scholarship. Almost as fast as the crash that put his mom in the hospital, everything Jack believes in starts to crumble. His only hope is to discover what's really going on, and quickly. If he doesn't, Jack may lose much more than a basketball career.

Ray Hockaday plays center for the Medicine Hat Tigers in the Western Hockey League. He's spent his hockey career hiding something from the world. When his new Russian room-mate shows up, Ray is assigned to help Vlad get used to life in Canada. What Ray doesn't know is that Vlad is also hiding something. And that secret could get both of them killed.

Byron is psyched when his older brother Jesse invites him on a weekend caving trip—even if it means spending time with Cole, Jesse's obnoxious college roommate. With Jesse's girlfriend Michelle rounding out the group, Byron is sure the excursion will be a success. Things get tense when they near the cave, only to find that the way in is blocked. Byron stumbles on the entrance to a new cave, but the thrill of his discovery is overshadowed by Cole's increasingly strange behavior. Exploring a wild cave is always dangerous, but it becomes deadly as tempers fray and the water level inside the cave starts to rise. When an underground confrontation leaves his brother seriously injured, Byron has to make some life-or-death decisions—and every second counts.