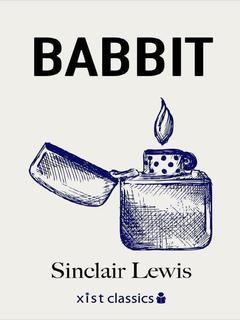 Although it was first published in 1922, Babbitt reveals the flaws of our modern society. Are money going to make us happy? Is social status such an important aspect in our lives? Can’t we just live in the moment? Asked some 90 odd years ago, these same questions haunt the Western society to this day. Can George F. Babbitt find the answer? 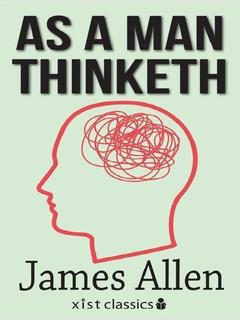 As a Man Thinketh

What are you thinking right now? Is it moving you forward or holding you back? In James Allen's classic text, As a Man Thinketh, you'll learn the skills needed to change the way you think, and in doing so change the direction of your life. Read the book that has inspired millions to take control of destructive thought patterns and revolutionize the way they think. This self-improvement book is a must-read and is filled with insights into the human mind. 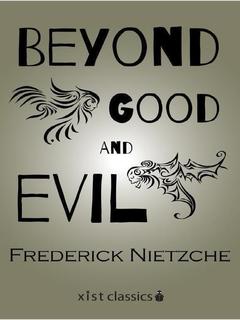 Beyond Good and Evil

One of the most influential books of the 20th century, this is Nietzsche's provocative and thought-provoking work of philosophy questioning centuries of Western tradition, thought and morality. Building on Nietzsche's, Thus Spoke Zarathustra, Beyond Good and Evil is a critical response to religion and other systems of moral conventions. 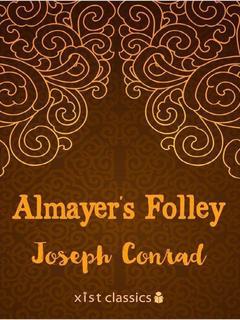 Dutch Kaspar Almayer, a trader married to a native Malayan and father of one daughter Nina, is obsessed with wealth. He seeks in vain the lost treasure of Borneo and waits for the British conquerors in his unfinished house named by a fellow seaman ‘Almayer’s Folly.’ A local prince in love with Nina swears to help the Dutch find the gold but can he be trusted? 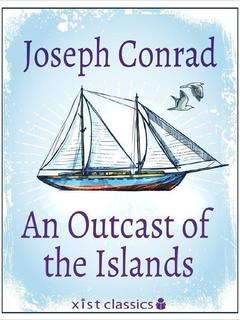 An Outcast of the Islands

This second novel from Conrad details the undoing of Peter Willems, a disreputable, immoral man who, on the run from a scandal in Makassar, finds refuge in a hidden native village, only to betray his benefactors over lust for the tribal chief's daughter. 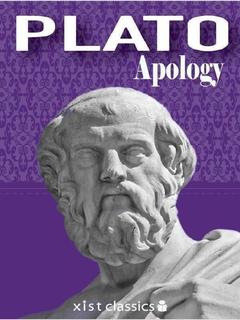 An original account of the speech Socrates makes at the trial in which he is charged with not recognizing the gods recognized by the state, inventing new deities, and corrupting the youth of Athens. 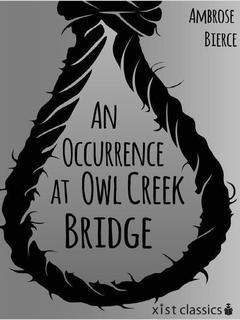 An Occurrence at Owl Creek Bridge

This short story with a twist by American author, Ambrose Bierce is set during the American Civil War. It's the story of Peyton Farquhar, a Confederate sympathizer condemned to death by hanging from Owl Creek Bridge. This story has been hailed as an early pioneer in "stream of consciousness" storytelling. 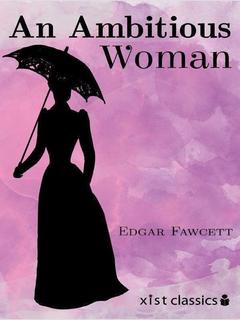 A young woman vows to climb the New York social ladder in the late nineteenth century. This novel explores a woman's ambition at a time when marriage was the only way to advance one's position. 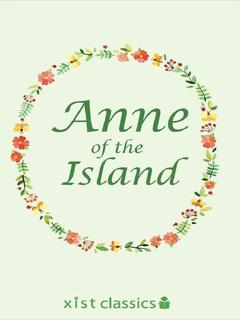 Anne of the Island

Anne of the Island is the third book in the Anne of Green Gables series In this volume, Anne attends Redmond college in Nova Scotia. In this book, the growing relationship between Anne and Gilbert is almost thwarted but despite herself, Anne finds true love. 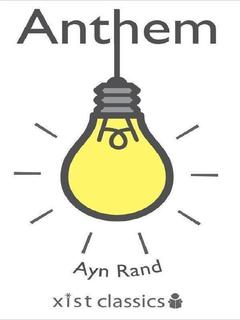 Ayn Rand's shortest work imagines a world where education is banned and there is one word punishable by death -- "I." The hero discovers that man's greatest duty is the pursuit of his own happiness and embodies the philosophies explored in Rand's later and longer works, Atlas Shrugged and The Fountainhead. 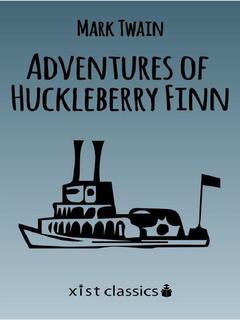 When Huck Finn fakes his own death and flees his drunken father, he joins forces with a runaway slave and heads for freedom. Twain tells the story of Huckleberry (Huck) Finn and his adventures along the Mississippi River. 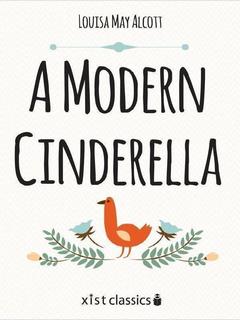 A Modern Cinderella is a collection of four short stories by Louisa May Alcott, author of Little Women. Like her more famous novels, Alcott tells stories of young women interacting with people and events from the late 1800s. 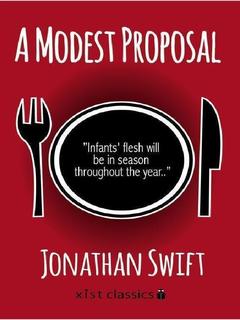 How do you solve the problem of poverty? By letting the Irish sell their children to be eaten by wealthy ladies and gentlemen, of course! This satirical short work by Jonathan Swift is a classic look at the cost of poverty. 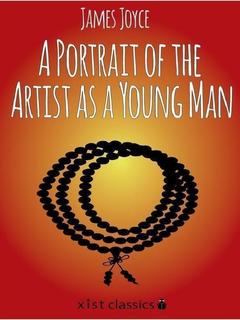 A Portrait of the Artist as a Young Man

Read James Joyce's first novel in this coming of age story of the young Stephen Dedalus. Increasingly alienated from the institutions around him, Stephen goes on a journey of self-discovery. This avant-garde work was listed as #3 on Modern Library's 100 best novels of the 20th century. 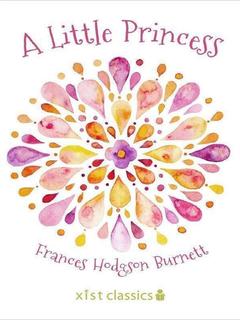 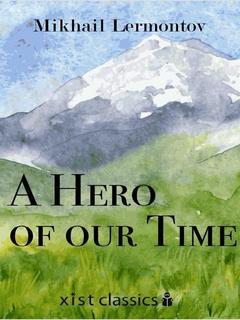 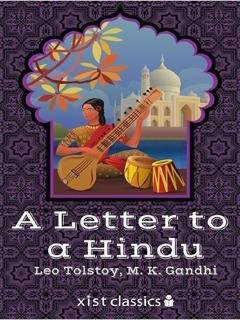 A Letter to a Hindu

The subjection of India, its cause and cure - the Russian literary giant and the Indian revolutionary leader came into contact when Gandhi discovered Tolstoy's “A Letter to a Hindu” (written in 1963, to an Indian nationalist who was seeking support for India's independence from British colonial rule). Gandhi was so impressed with Tolstoy's ideas that he decided to write to Tolstoy and ask permission to publish the letter in South Africa. 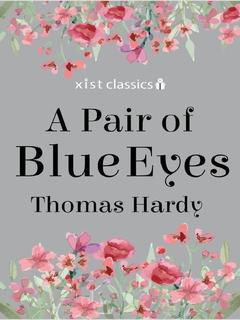 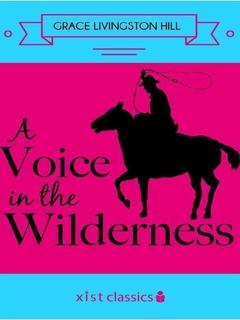 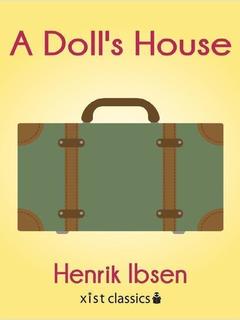 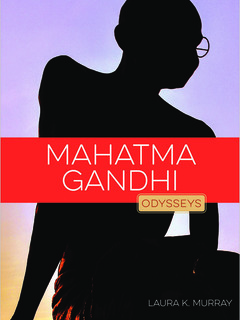 A biography of Indian activist Mahatma Gandhi, examining his position as a leader of nonviolent civil disobedience, as well as his emphasis on fasting and other social stances. 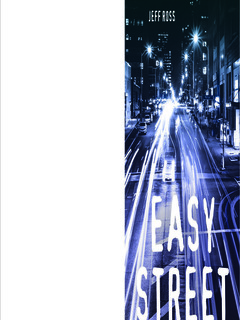 Three years ago Rob’s brother, Adam, was sent to jail for his part in the death of a girl who overdosed at a rave. But now that he has been released, Rob hopes that things can go back to the way they used to be. He soon realizes this is impossible. His brother has changed, the times have changed, and Rob has changed. Adam tells his mom and brother that he is planning to apply to a college in Toronto. He has already discovered how difficult it can be for someone with a criminal record to land a job and thinks he needs to get some education under his belt. He invites Rob to go on a road trip to the city to check out the college. However, Rob suspects that Adam hasn’t asked him along just for company. Adam still believes that there’s an easy way to get to where he wants to be. And if Rob can’t find a way to save Adam from himself, he just might go down with him. 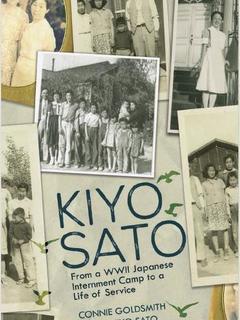 Kiyo Sato: From a WWII Japanese Internment Camp to a Life of Service

We are internees, not prisoners. Here's the truth: I am now a non-alien, stripped of my constitutional rights. I am a prisoner in a concentration camp in my own country. I sleep on a canvas cot under which is a suitcase with my life's belongings: a change of clothes, underwear, a notebook and pencil. Why?" In 1941 Kiyo Sato and her eight younger siblings lived with their parents on a small farm near Sacramento, California, where they grew strawberries, nuts, and other crops. Kiyo had started college the year before when she was eighteen, and her eldest brother, Seiji, would soon join the US Army. The younger children attended school and worked on the farm after class and on Saturday. The Satos were an ordinary American family. Until they weren't. On December 7, 1941, Japan bombed the US naval base at Pearl Harbor, Hawaii. The next day, US president Franklin Roosevelt declared war on Japan and the United States officially entered World War II. Soon after, in February and March 1942, Roosevelt signed two executive orders which paved the way for the military to round up all Japanese Americans living on the West Coast and incarcerate them in isolated internment camps for the duration of the war. Kiyo and her family were among the nearly 120,000 internees. 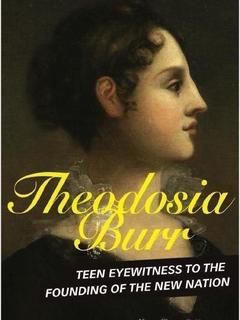 Theodosia Burr: Teen Eyewitness to the Founding of the New Nation

Theodosia Burr, daughter of Vice President Aaron Burr, came of age in New York City when the New Nation was growing up. She attended the inauguration of President George Washington in 1789, was at her father's side on the campaign trail and at his inauguration in 1801, attended presidential addresses to Congress, and hosted the most prominent politicians and thinkers of her time. The Burrs' ideas about educating young women were revolutionary. Theodosia was an experiment in the equal treatment of women—regardless of social status—in education, family life, society, and the law. The family believed that women had an important role to play in the New Nation, and Theodosia was fully prepared. Based on research at libraries and archives, and from the rich body of letters Theodosia and her family left behind, this historical narrative introduces readers to a most unusual girl who pursued a radical new path for women. 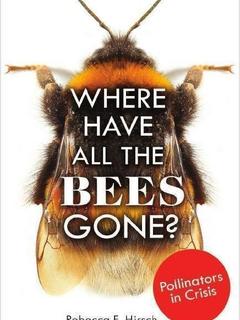 Where Have All the Bees Gone?

Apples, blueberries, peppers, cucumbers, coffee, and vanilla. Do you like to eat and drink? Then you might want to thank a bee. Bees pollinate 75 percent of the fruits, vegetables, and nuts grown in the United States. Around the world, bees pollinate $24 billion worth of crops each year. Without bees, humans would face a drastically reduced diet. We need bees to grow the foods that keep us healthy. But numbers of bees are falling, and that has scientists alarmed. What's causing the decline? Diseases, pesticides, climate change, and loss of habitat are all threatening bee populations. Some bee species teeter on the brink of extinction. Learn about the many bee species on Earth—their nests, their colonies, their life cycles, and their vital connection to flowering plants. Most importantly, find out how you can help these important pollinators.