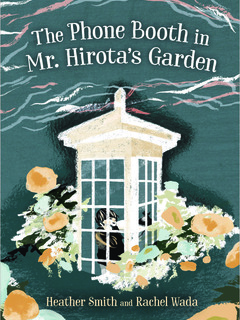 When the tsunami destroyed Makio's village, Makio lost his father . . . and his voice. The entire village is silenced by grief, and the young child's anger at the ocean grows. Then one day his neighbor, Mr. Hirota, begins a mysterious project—building a phone booth in his garden. At first Makio is puzzled; the phone isn't connected to anything. It just sits there, unable to ring. But as more and more villagers are drawn to the phone booth, its purpose becomes clear to Makio: the disconnected phone is connecting people to their lost loved ones. Makio calls to the sea to return what it has taken from him and ultimately finds his voice and solace in a phone that carries words on the wind. The Phone Booth in Mr. Hirota's Garden is inspired by the true story of the wind phone in Otsuchi, Japan, which was created by artist Itaru Sasaki. He built the phone booth so he could speak to his cousin who had passed, saying, "My thoughts couldn't be relayed over a regular phone line, I wanted them to be carried on the wind." The Tohoku earthquake and tsunami in 2011 destroyed the town of Otsuchi, claiming 10 percent of the population. Residents of Otsuchi and pilgrims from other affected communities have been traveling to the wind phone since the tsunami. 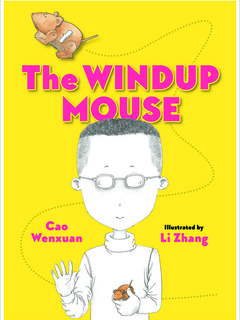 Sputter is a windup mouse who always zips a little quicker and zooms a little farther when Jasper cheers for her. What happens when a new mouse joins the house and wants to be Jasper’s favorite? 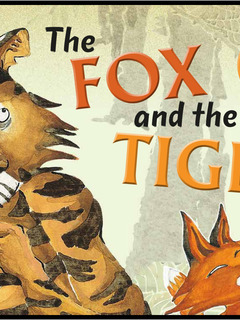 The Fox and the Tiger

This original Chinese folktale describes how a cunning fox must try to trick a hungry tiger to save himself from being lunch. 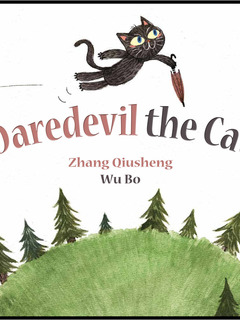 Daredevil believes he has nine lives … until he realizes he doesn’t! Watch this daring cat learn about the value of his one life. 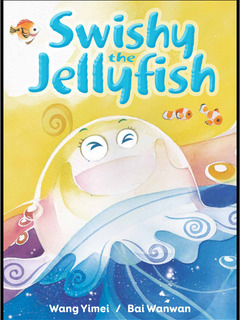 Swishy the jellyfish loves all the shapes and colors in her ocean world. What will she find when she visits the land above water? 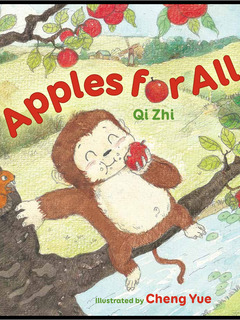 When a monkey learns his friends can’t reach an apple tree, his clever idea leads to apples for all. 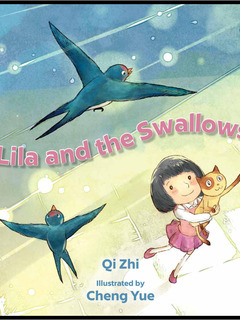 Lila and the Swallows

Lila loves watching the swallows fly. See how beautiful a bird’seye view can be. 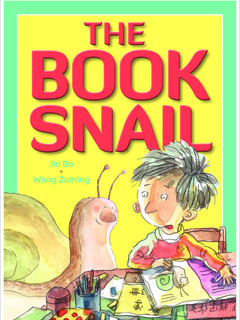 An overscheduled boy craves big adventure. What happens when he meets a tiny snail? See where the power of imagination can take them. 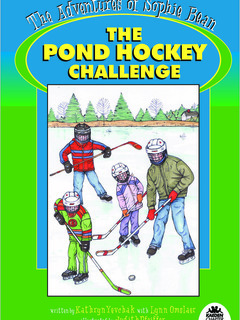 Sophie Bean is challenged by her twin older cousins, Ryan and Parker, to play ice hockey. Will she be able to ditch the double-bladed skates? 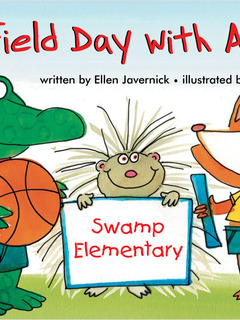 A Field Day With Alex

Readers will have a field day with Alex as they are introduced to high-frequency verbs. 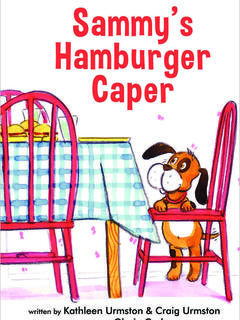 It's lunch time! Can Sammy resist the temptation of a delicious meal that's not for him? 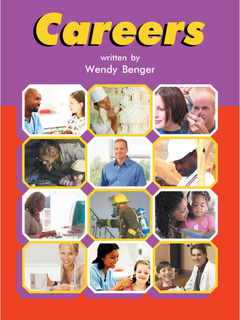 Mr. Brown's class makes a list of all the jobs their parents have in their community. 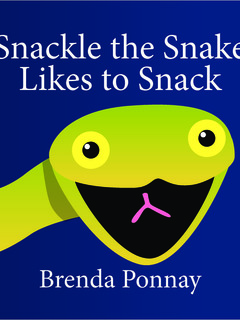 Snackle the Snake Likes to Snack

Too many snacks! Snackle the Snake loves to snack so much, but does he have room in his tummy for dinner? Not so much. This silly, rhyming story features snack foods from around the world and a bright green snake who loves to eat them all up. Perfect for launching a conversation about healthy eating, family dinners, mealtime manners and more, Snackle the Snake is an excellent picture book for classrooms and home libraries. 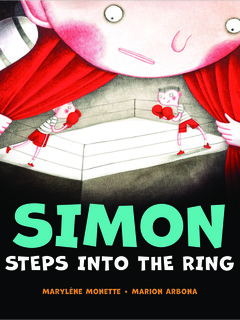 Simon Steps Into the Ring

Simon tries to be kind. But sometimes he loses his temper and acts without thinking, which almost always gets him into trouble. As Simon begins to understand his outbursts, he imagines himself in a boxing ring with his emotions. Can he come out on top and learn how to acknowledge his feelings? 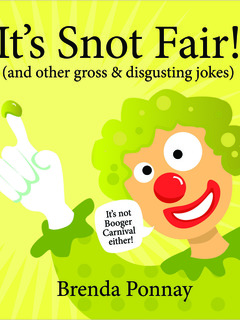 What’s invisible and smells like a carrot? Bunny Farts! Burps, farts, boogers, and other bodily functions take center stage in this collection of illustrated jokes sure to be adored by the preschool through early elementary set. 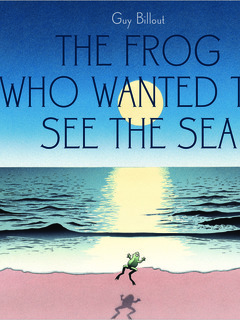 The Frog Who Wanted to See the Sea

A curious frog leaves comfort behind to embark on the adventure of a lifetime, encountering big cities, new animals, and other wonders as she seeks the biggest pond of all—the sea. 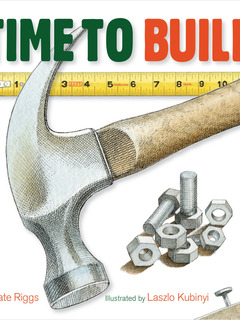 How does a pile of materials become a fantastic tree house? Time to Build offers up a fun, foundational introduction to six common tools that are sure to fascinate every preschool learner. Simple, rhythmical text introduces each device and how it fits into a particular part of the construction process. Detailed illustrations, meanwhile, present the tools being used to complete a special project. Set within a durable board book format, this is a title all young readers will use to build their skills! 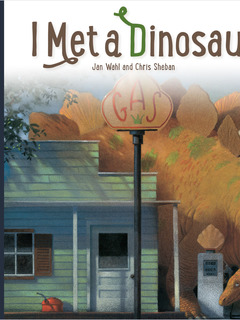 I Met A Dinosaur

What is a stegosaurus doing at the gas station? Why is an apatosaurus on its way to the park? 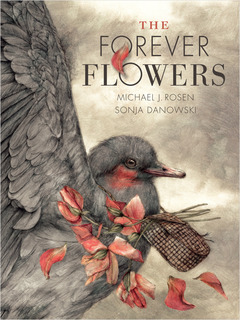 In this tender story about the virtues of finding, keeping, and letting go, a young grouse is waylaid on her seasonal migration and carries her precious cargo to a new land. As the bird’s favorite Forever Flowers grow from planted seeds to blooming flowers, she discovers how unexpectedly one can stumble upon happiness and breathe into the contentment of life’s quiet moments, even amidst the winter’s dark. When spring arrives again, though, the grouse must make a decision: should she stay or fly away? 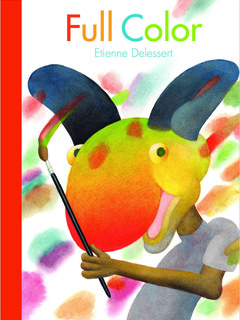 Imaginative creatures present all the colors of the rainbow, identify primary colors, and illustrate how three colors can make countless others in this one-of-a-kind introduction. 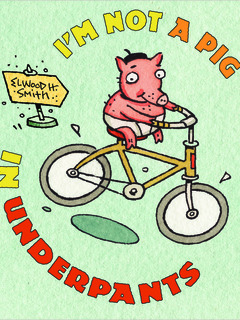 I'm Not a Pig in Underpants

Cartoonist Elwood H. Smith presents a comical rhyming story in which a mysterious animal narrator challenges readers to figure out its identity by explaining which kinds of animal it is not. 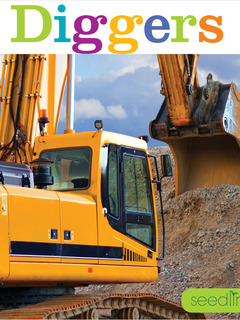 A kindergarten-level introduction to diggers, covering their size, movement, role in the process of construction, and such defining features as their arms and buckets. 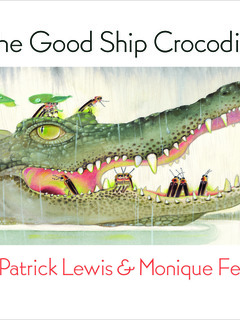 A crocodile named Snout assists his animal neighbors by ferrying them across a swollen river, then is repaid for his good deeds when he is in need of help. 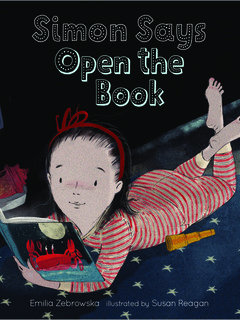 In this illustrated book based on the beloved children’s game, readers and listeners alike are prompted to act out the commands as the rhythmic text leads to a sleep-inducing conclusion. 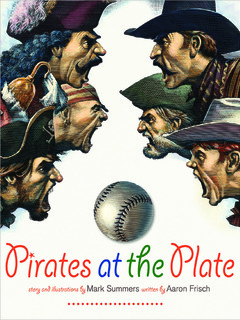 Pirates at the Plate

Teams of pirates and cowboys, including such figures as Blackbeard and Wild Bill, inject rowdy adventure into America’s pastime in this story about baseball and the imagination of youth.