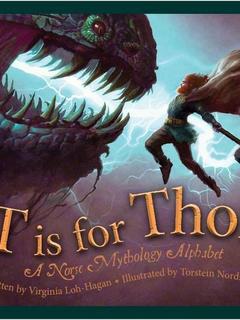 T is for Thor: A Norse Mythology Alphabet

Otherworldly landscapes, thundering soundtracks, epic battles between superhero gods and monsters--current movies and book series have turned Norse mythology into popular commercial entertainment in recent years. But there's a lot more to this mythic universe than trickster Loki and his hammer-wielding god of thunder brother. T is for Thor: A Norse Mythology Alphabet takes readers beyond the movie screen and into the world of Scandinavian mythology, history, culture, and religion. Author Virginia Loh-Hagan not only examines Thor, Odin, Heimdall, and the famous Valkyries, but she also explains and introduces other inhabitants of this nine-realm universe. From learning about Ymir, the first frost giant, to Yggdrasil, the world tree holding everything together, mythology and fantasy fans of all ages will enjoy this alphabetical exploration. Fantastical artwork from Norwegian artist Torstein Nordstrand brings it all to vivid life. 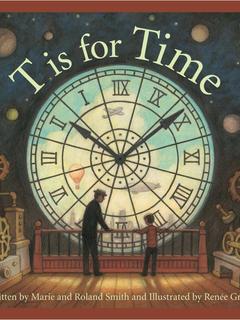 T is for Time

T is for a Time Alphabet uses poetry and expository text to explore the concept of time, from explaining basic units of measurement to showcasing important scientific achievements. Topics include famous inventors (Albert Einstein and John Harrison) and important structures and landmarks (Kulkulkan Pyramid and Big Ben). Budding scientists will discover what world-famous stone structure is believed to be an early calendar, follow the voyages of explorer Ferdinand Magellan to better understand the International Date Line, and learn to tell time using the Zulu time system. 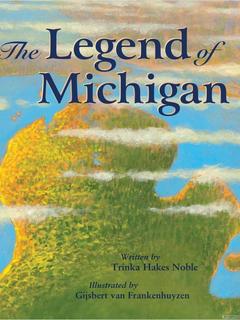 The Legend of Michigan

Long, long ago, the ancient people of the forest gathered around warm fires and told the tale of a time long past, when the land known as "Michigane" was covered with ice and snow. For thousands of years the cruel North Wind ruled the land North of Up North, chasing away the gentle, benevolent winds from the East, West and South. Winter stayed the whole year round, so nothing could live in Michigane. Not until an old warrior and a young boy traveled through the frigid cold with nothing but warm hearts and an old pair of mittens was there hope that the frozen land would eventually come to life. 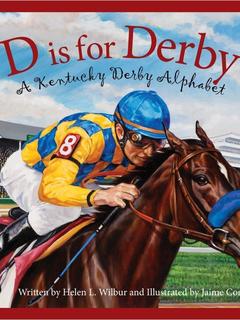 D is for Derby: A Kentucky Derby Alphabet

The Kentucky Derby is the oldest continuous sporting event in the United States. But don't call it just a horse race. This annual May event, known as "the most exciting two minutes in sports," is steeped in tradition and pageantry far beyond what happens on the track. Following the alphabet, D is for Derby: A Kentucky Derby Alphabet uses poetry and expository text to explain this world-famous event. Topics include famous jockeys, legendary horses, fabled Bluegrass farms and owners, as well as offering a behind-the scenes view of thoroughbred breeding and racing. Readers young and old, along with horse enthusiasts and diehard Derby fans, will enjoy this celebration of one of the most prestigious sporting and cultural events in our country. 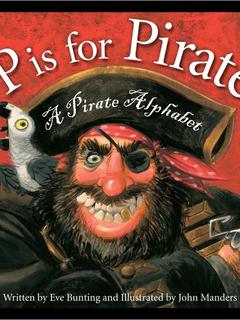 P is for Pirate: A Pirate Alphabet

The word pirate means one who plunders on the sea, and piracy has been around for as long as men and women have longed for adventure and lusted for riches. But it wasn't all fun and pillaging! Being a pirate was not an easy life. Written by award-winning author Eve Bunting, poetry and expository text are used in this alphabetical examination of the history of piracy. Topics include legendary ships, fabled hideouts, and notorious villains like Edward Teach, also known as Blackbeard. Includes the pirate code of conduct as well as the different occupations aboard ship. 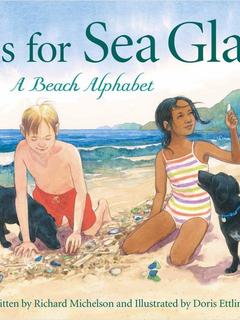 S is for Sea Glass: A Beach Alphabet

The tickle of sand on the bottom of bare feet... the taste of salt from a spray of water... the rumble-roar as waves come ashore. These are just a few of the many sensory experiences a day at the beach can bring. S is for Sea Glass: A Beach Alphabet uses a variety of poetry forms such as free verse, haiku, and ode in this celebration of the beach and seaside life. From a walk down the boardwalk to collecting sea glass to imagining the life of a shell's former occupant, poet Richard Michelson reminds beach-lovers of all ages the many reasons why we're drawn to the shore. 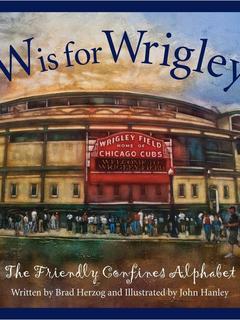 W is for Wrigley: The Friendly Confines Alphabet

What is the oldest ballpark in the National League? Whose famous scoreboard is still operated by hand? Whose outfield has ivy-covered redbrick walls ready to snatch home run dreams away from a batter? If youre a baseball fan and live anywhere in the Midwest, you know the answer. Its Wrigley Field in Chicago! Just in time to celebrate the April 14 centennial of its opening day comes W is for Wrigley: A Friendly Confines Alphabet, an alphabetical tribute to the home of the Chicago Cubs baseball team. As one of only two major league stadiums to host baseball for at least 100 seasons, Wrigley Field has seen a lot of baseball history, including memorable Crosstown Classics and pitching feats by Kerry Wood, Ferguson Jenkins, and Greg Maddux. From the fans chant of Go, Cubs, Go! to the Hey, Hey home run call of longtime announcer Jack Brickhouse, baseball fans will enjoy reading about the fields history, features, and momentous events. 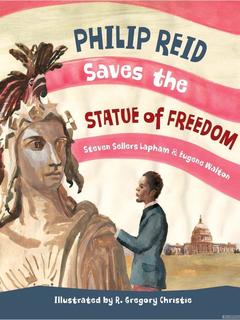 On December 2, 1863, a bronze statue was placed atop the dome of the United States Capitol. Standing more than 19 feet tall, the figure called Freedom was designed and created during a period of great turmoil in American history. But at one point during its creation, it wasn't clear the statue would even get to its final destination. One man, in particular, played an important role in seeing the statue through to completion. His name was Philip Reid. Born into slavery, Reid grew up on a South Carolina farm, helping various craftsmen such as the blacksmith and the potter. Eventually, he was sold to a man named Clark Mills, who opened a foundry in Washington, D.C. Millss' foundry was contracted to cast the Freedom statue, but the project was jeopardized when a seemingly unsolvable puzzle arose. And it was Philip Reid who stepped in to solve it. 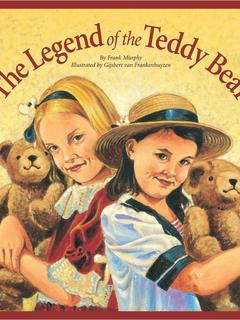 The Legend of the Teddy Bear

While nearly everyone has a memory of their own favorite tattered teddy bear, the details of the day President Theodore "Teddy" Roosevelt refused to shoot a bear have been lost to time. Now, nearly 100 years later, the legend that has grown around that fateful encounter will captivate you in this delightful tale.