Judaism in Israel follows Asher and his brothers in and around the city of Jerusalem. Follow them and find out more about the weekly Shabbat, and join them as they celebrate the festival of Passover.

Sikhism in India follows Pulkit and her family in the Punjab. Join her as she makes flower garlands, celebrates Guru Nanaks birthday, and helps to make langar, a feast at the gurdwara.

What Are Goods and Services?

Children are consumers, too, though they often do not realize it. This strikingly illustrated book helps youngsters understand the concepts of goods and services so that they recognize their role in the cycle of commerce. Readers will examine various jobs to understand where goods are made or services are provided. The concepts of producers and consumers are also carefully explained in a manner children will understand and enjoy.

This book carefully explains how countries around the world engage in trade. Whether it is a detailed description of how countries negotiate trade agreements, how countries use tariffs to make buyers want to buy locally produced goods, or the extremes of using trade embargoes as political tools, this book provides essential information with plenty of full-color images to help explain the basics of trade in a global economy.

Life in a Suburban City

Life in a Suburban City looks at living in cities that have spread from the center far into the countryside. Many people live and work in areas that are miles from downtown. Los Angeles, California is the featured example, and focuses on family life in a typical suburb.

Life in an Industrial City

Life in an Industrial Citylooks at everyday life in cities that have grown up around a particular industry. Most people in these cities work in factories, warehouses, ports, airports, or transportation. Houston, Texas, is used as an example showing how people live, work, and relax in the industrial part of the city.

Life in a Forestry Community

Trees were one of the first natural resources used by man. In North American, most native and early European settlements were set up near forests from where wood was harvested for firewood, building homes and boats, and for fortifying villages. Western Canada had, and continues to have, huge coniferous forests. McKenzie in British Columbia, Canada, is a community based on timber mills, timber supply and tourism. It has a population of 5,450 people.

Life in a Mining Community

Mining People mine for coal, oil, minerals, and metals. These are used for energy and as raw products to make things. In various parts of North America there are huge areas rich in one or more of these natural resources. Gillette, in Wyoming, is the coal-mining capital of the USA. Nearby is the small community of Moorcroft. The community developed from an old wild west cattle-ranching center and is now largely based on oil and coal-mining. About 900 people live in the small town.

Life in a Commercial City

Life in a Residential City

Life in a Residential City looks at living in the housing zone of a big modern city. City life, with lots of people, traffic, buildings, and roads, is busy and fast-paced. Toronto, Ontario, is the featured example. It looks at houses and apartments, and how people commute to work.

Updated statistics and new photographs are featured in this revised edition of England the Land. England's landscape is rich in beauty and dotted with history. From the breathtaking Lake District to the southern downs, take a journey across England with the help of full-color photos that depict the country's cities, countryside, and wildlife.

This revised edition of England the People features the ways of life in early England from early Roman settlements to Viking invasions, and the legacies of the Angles, Saxons, Celts, and Normans, Englands culture is rich in heritage. Learn about the daily life of the English people, and what they eat, where they learn, and what they do for fun.

Explore ancient religions and other facets of India's rich and colorful culture in this new second revised edition of India the Culture. Updated facts and statistics and breathtaking photographs bring to life this rich and ancient culture rooted in religion.

This revised edition features the vibrant, influential culture of England. New full-color photos have been added that help trace Englands contributions to world culture, such as the development of the English language, the works of William Shakespeare, and the founding of the Church of England.

Meet the people of Iraqthe Arabs, the Kurds, the Bedouins, and the Armeniansin this newly-revised book. Learn about the diversity of their religion, languages, customs, and cuisine. Take a glimpse into the daily life of the Iraqi people. Know their cities, villages, homes, markets, and schools.

This new second revised edition explores the different ways in which Canadians express their creativity through music, art, dance, theater, and television. Updated information includes facts and statistics along with current popular performers such as actress Rachel McAdams and singer Nellie Furtado.

In this new second revised edition of Canada the People, candid photos feature Canadian families and how they live. Updated facts and statistics support this fascinating portrayal of a nation built on immigration. Important issues that must be resolved with the Native peoples are sensitively portrayed.

This newly revised book provides a basic introduction to contemporary Iranthe land that was ancient Persia. Imagine life in this land of earthquakes, sand storms, and extreme weather, from burning hot deserts to the humid shores of the Caspian Sea to freezing cold mountains. 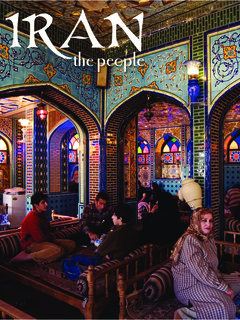 Discover the rich and varied history of Iran through this amazing, newly-revised book. Ancient dynasties and modern revolutions are presented in an easy-to-read yet detailed manner. Full-color pictures and illustrations bring Irans diverse customs to life, while informative boxes focus on key events and aspects relevant to the Iranian people.

Know the culture of Iraq from Mesopotamian to modern as this war-torn country returns to its traditional ways, emerging from years of strife, oppression, and devastation. Read about the Babylonians and Sumerians, witness the birth of Islam, and then explore present-day Iraq with its diverse ethnic groups, languages, festivals, and customs.

Discover Iraq in this newly-revised bookfrom the banks of the Tigris and Euphrates to hot and dry deserts and mountains. Learn more about the land that was home to the first cities and civilizationsand explore the old and new cities of Baghdad, Basra, Ur, and Babylon.