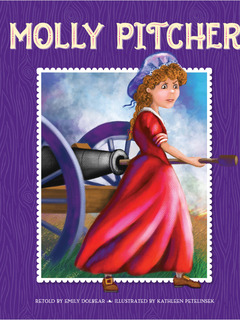 This tall tale weaves the story of how strong and fearless Mary Ludwig became Molly Pitcher, folk heroine of the Revolutionary War. Additional features to aid comprehension include background information and historical context of the tale, and an introduction to the author and illustrator. 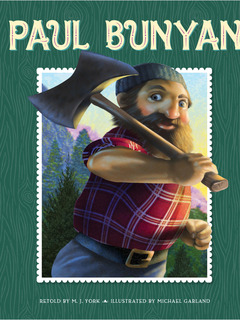 This truly tall tale weaves the story of giant lumberjack Paul Bunyan and his beloved bovine companion, Babe. Additional features to aid comprehension include background information and historical context of the tale, and an introduction to the author and illustrator. 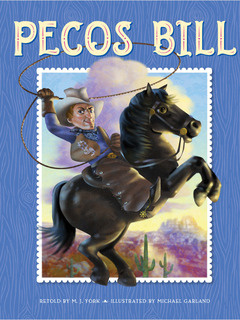 This tall tale weaves the story of legendary cowboy Pecos Bill, who was raised by coyotes and had adventures with his beloved horse, Widow-Maker. Additional features to aid comprehension include background information and historical context of the tale, and an introduction to the author and illustrator. 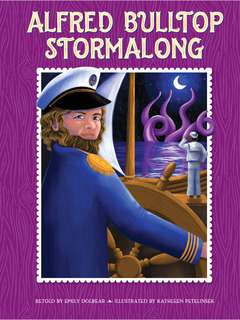 Tall tale of Alfred Bulltop Stormalong, giant sailor and captain of a huge ship called the Courser--a ship so tall it had masts with hinges so it didn't get caught on the moon. Additional features to aid comprehension include background information and historical context of the tale, and an introduction to the author and illustrator. 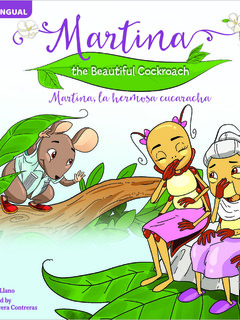 In this bilingual story, Martina is a beautiful young cockroach who is all alone. Doña Julia has a plan to help her find a husband, but is anyone worthy? Martina and the Beautiful Cockroach, set in Old San Juan, Puerto Rico, is a beautifully illustrated 32-page folktale told in both Spanish and English. Young readers will be delighted as they learn the story of the beautiful young cockroach Martina and her quest for a husband who is pure of heart. 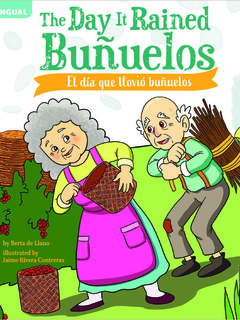 In this bilingual story, a poor old man happens upon some thieves' gold. Can his clever wife fool her husband, and the thieves, and make all their dreams come true? Day It Rained Buñuelos is a beautifully illustrated 32-page tale, told in both Spanish and English, that will delight young readers. 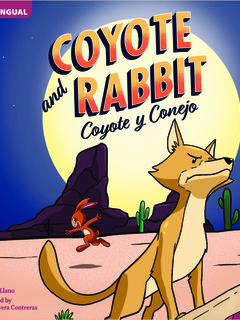 This bilingual story asks why Coyote howls at the moon? Go ask Rabbit! That trickster knows the answer! Coyote and Rabbit, set in the Mexican desert, is a beautifully illustrated 32-page tale told in both Spanish and English. The adventures of trickster Rabbit and determined Coyote will delight young readers as they learn the answer to this important question. 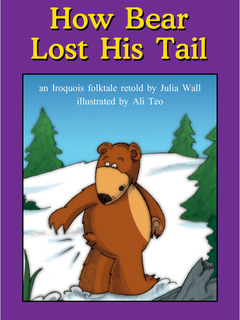 How Bear Lost His Tail

Bear is taught a lesson when the other forest animals are tired of his vanity. This charming retelling introduces readers to an Iroquois folktale. 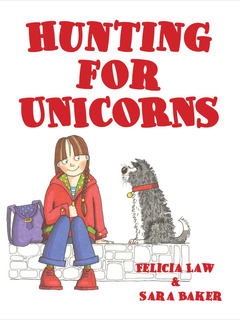 Bray sets out to prove that unicorns exist. She finds mention of their existence all over the world, in old books and pictures. She tracks down fossils and bones in museums and finds statues, emblems and plaques decorating the city, and when she finally presents all her evidence to the class there is still one key point that has nothing to do with science and history - if hundreds, thousands, millions of people truly believe in something they cannot see, then clearly it exists for them! 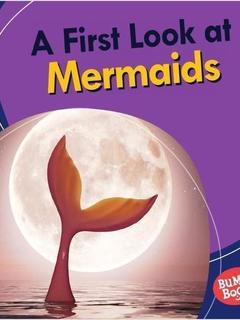 A First Look at Mermaids

Dive into the world of mermaids through carefully leveled text and appealing images. Emergent readers will learn about stories about mermaids from around the world. 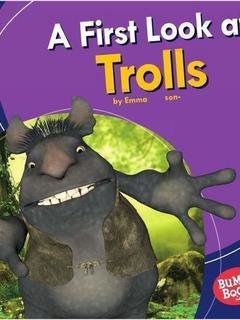 A First Look at Trolls

Beginning readers will be fascinated by trolls and stories about them from around the world. Reading is supported by close text-to-image match and carefully leveled text. 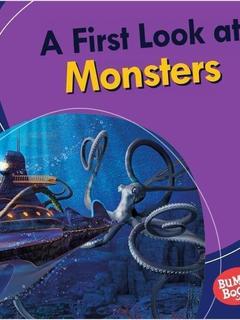 A First Look at Monsters

Introduce beginning readers to three monsters that have captured the imaginations of humans for centuries: griffins, krakens, and centaurs. Carefully leveled text is paired with images that aid reader comprehension. 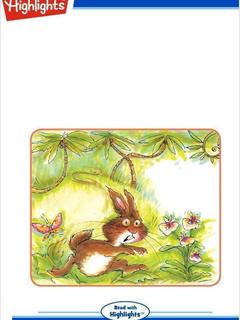 A fearful rabbit is convinced the earth is caving in. 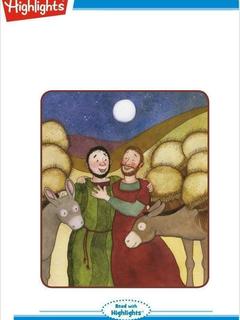 This Middle Eastern folktale tells the story of two farmers who help each other with very funny consequences. 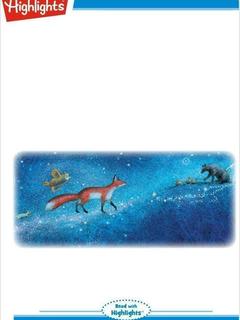 This Ojibwa folk tale describes the musical sounds of rain and thunder. 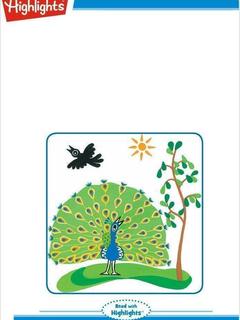 Long ago all birds had white feathers. This folk tale from Thailand is the story of how peacocks and crows got their colors. 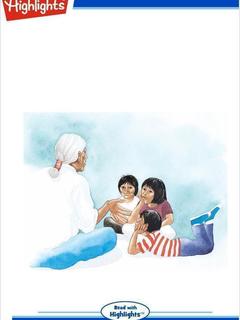 In this Pueblo Indian bedtime story listeners have to figure out if Salamander and River Frog get the sniffles. 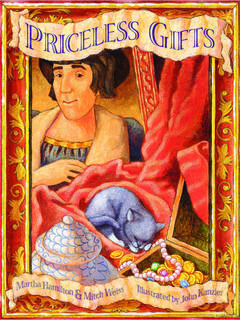 A humorous retelling of an Italian tale in which a Genoese merchant, richly rewarded for solving an irritating problem for the king of the Spice Islands, causes a greedy rival to try and gain a fortune in the same way. 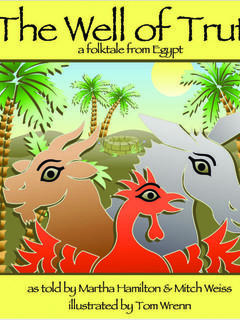 The Well of Truth: a folktale from Egypt

When Goat, Rooster, and Donkey decide to try their hand at farming, Donkey learns the price of being greedy and discovers that the truth will always come out in the end. 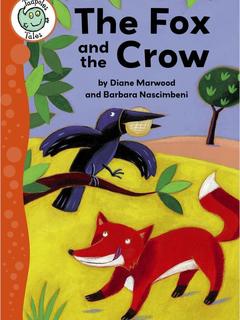 The Fox and the Crow

Crow has some food and clever Fox wants it! Can Fox make Crow drop the food? 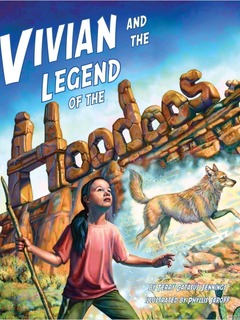 Vivian and the Legend of the Hoodoos

Long ago, the Old Ones were bad. They drank all the water, ate all the pine nuts, and left nothing for the other creatures. Sinawav the coyote punished them by turning them into rocky hoodoos. Now when children misbehave, their Paiute elders remind them that they too could be turned into stone columns! Vivian has heard the stories, but this year as she and her grandmother climb the mesa to pick pine nuts, Vivian has something more important on her mind: basketball tryouts. When Vivian is disrespectful to the trees and the land, her grandmother must remind Vivian of the legend of the hoodoos and how nature has made it possible for her people to live. 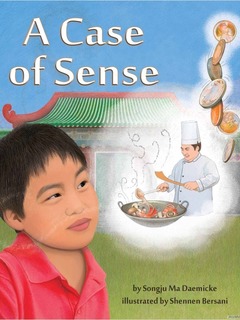 A Case of Sense

While Ming plays outside one summer day, the smell of delicious food fills the air. It is coming from greedy Fu Wangs house, What is he up to? wonders Ming. To his alarm, Fu Wang demands that all the neighbors pay him for the pleasant smells. When the neighbors refuse, the case goes to court. How will the judge rule in this unusual case? Can Fu Wang make money from the neighbors sense of smell? A wise judge makes use of another sense to close the case with clever and convincing logic. 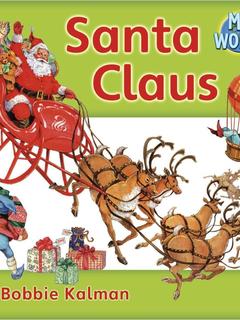 This engaging book uses a simple rhyming pattern to tell the story of Santa Claus on Christmas Eve. Wonderful photos and illustrations show Santa and his reindeer on their annual trip, as well as the joy on childrens faces on Christmas morning. An activity asks children to draw their own picture of Santa Claus. 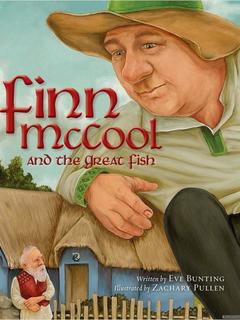 Finn McCool and the Great Fish

Finn McCool is the largest giant in all of Ireland. He's a fierce warrior, even beating the giant Culcullan and saving Ireland from the Scots. Helpful and kind, he helps the farmers bring in the hay. And everyone in the village of Drumnahoon admires him. "He's the best-hearted man that ever walked on Ireland's green grass." But for all his strength, courage, and goodness, there's one thing that Finn lacks. He's just not smart. And he knows it. When a wise man living in a nearby village tells Finn about a magical red salmon with the wisdom of the world, Finn sets out to catch the fish. And he learns a thing or two about himself in the process 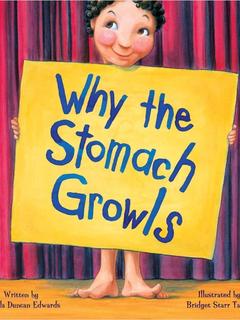 Why the Stomach Growls

According to African Mythology, a lonely Creator made the first human being as separate parts, such as eyes to share the beauty of the garden, a nose to smell the flowers, and legs to skip and run. Finally, a stomach was fashioned. All of the parts enjoyed their functions, except for the stomach, which didn't know what to do. Bored and jealous, the growling, grumbling stomach caused problems for all the others. The angry Creator decided to put all of the parts together so they would have to get along. He placed the stomach right in the middle, but sometimes it still growls. Colorful prose and whimsical illustrations ignite the imagination of young readers.