Explorers to the New World

Describes the first explorers and their expeditions to uncharted lands, discussing their motivations and accomplishments.

Recounts the struggles and triumphs of Jack Trice, the first African American to play football for Iowa State, who died in 1923 of injuries received on the field. 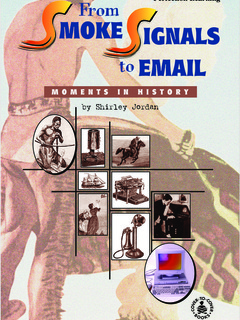 From Smoke Signals to Email

This book tells the story behind the developments for people to communicate with one another from across the street to across the country.

Great Moments at the Olympics

Describes some of the greatest moments in the history of the Olympic games, including record-breaking performances, unexpected victories, and inspirational performances by athletes struggling against difficult odds.

Into the Abyss: A Tour of Inner Space

Describes the deepest part of the ocean, called the abyss, and explains how, with new equipment and technology, humans are beginning to learn more about the abyss and the creatures who live there.

Briefly describes life in United States at the beginning of the twentieth century, including immigration, the labor movement, America's role in World War I and world affairs, and the Roaring Twenties.

From the Patty Hearst kidnapping to the Oklahoma City bombing, these cases kept America watching.

Explains the situations behind the cases of Leopold and Loeb, the Lindbergh kidnapper, the Rosenbergs, the Brown school segregation suit, the Manson family, the Pentagon Papers, and O.J. Simpson, and discusses the trials and aftermath.

Behind the Scenes at the Olympics

Find out how host cities are chosen, how politics, drug use, and terrorism affect the Games and what the future holds for the Olympics.

Recounts the struggles and triumphs of athletes who have helped to open their sports to participants who are African American or women, or who have disabilities, including Jackie Robinson, Billie Jean King, and Jim Abbott.

NASA Takes Photography into Space considers the work of NASA photographers as they began exploring space. Using many stunning, full-page photos, it examines the photography’s contributions to NASA’s overall mission, including how space exploration has pushed photography technology forward. Features include a glossary, references, websites, source notes, and an index. Aligned to Common Core Standards and correlated to state standards. Essential Library is an imprint of Abdo Publishing, a division of ABDO.

In this age of fast-paced social media, news and views are shared throughout the world in seconds. This timely title critically examines the elements of journalism, truth and perspective, sources of news, as well as bias and objectivity to help readers make informed choices about the accuracy of news and information. Readers will gain an understanding of what journalism is and how the medium can shape the message being presented.

A samurai fights for honor and survival in a real-life Game of Thrones. Stirring narrative nonfiction recounts the rise of Minamoto Yoshitsune from seemingly doomed infant to immortal warrior-hero (and one of the most famous samurai in Japanese history). Acclaimed author Pamela S. Turner delivers all the drama, romance, and tragedy of the original story--with delightfully dry wit and a healthy dose of modern perspective. Gorgeous ink paintings by celebrated graphic-novelist Gareth Hinds complete this irresistible package.

American Indians of the West: Battling the Elements

With the Battling the Elements: American Indians of the West e-Book, introduce your students to the diverse lifestyles of West Coast American Indians. Your class will learn about the different tribes in the Southwest, the Great Basin, the Plateau, the Pacific Northwest, and California. This e-Book also looks at other aspects of daily life including tools and building materials used, trade networks, and how life drastically changed for the American Indians once the European settlers arrived. This intriguing nonfiction reader breathes life into early US history with primary source documents that features images of Native American artifacts, maps, and other materials from that era. Build literacy and subject content knowledge with this high-interest e-Book that explores history, geography, and other social studies topics. American Indians of the West: Battling the Elements provides access to every type of learner with appropriately leveled content. The e-Book contains text features such as captions, bold print, glossary, and index to increase understanding and build academic vocabulary. Aligned to McREL, WIDA/TESOL, NCSS/C3 Framework and other state standards, this text readies students for college and career readiness.

This title examines an important historic event - the Harlem Renaissance in New York City. Easy-to-read, compelling text explores the history of the Harlem neighborhood and issues around racism, Harlem's African-American community, cultural identity, and creative spirit - from jazz to dance to poetry, key influential figures such as W.E.B. Du Bois, Zora Neale Hurston, Duke Ellington, and Alain Locke, and the effects of this event on society. Features include a table of contents, a timeline, facts, additional resources, Web sites, a glossary, a bibliography, and an index. Essential Events is a series in Essential Library, an imprint of ABDO Publishing Company.

12 Incredible Facts about the Dropping of the Atomic Bombs

Examines the 12 most amazing facts about the dropping of the atomic bombs in World War II. Full-color spreads provide information about the event’s critical moments, key players, and lasting effects paired with interesting sidebars, questions to consider, and a timeline.

Explores the Cuban Missile Crisis and how that event has sculpted societies, the sciences, and politics.

The Story of the Cleveland Browns

The history of the National Football League’s Cleveland Browns, surveying the franchise’s biggest stars and most memorable moments from its inaugural season in 1946 to today.

The Story of the Golden State Warriors

Basketball is known for its fast-breaking, buzzer-beating action, and Creative Education is known for its stellar sports publishing. That excitement is captured—and that tradition continued—in The NBA: A History of Hoops, a series celebrating all 30 franchises of the National Basketball Association. With thrilling texts, interesting side panels, and lively player profiles set alongside vibrant photos, every team’s origins, stars, greatest triumphs, and most unforgettable moments can be experienced like never before. This title provides an informative narration of the Golden State Warriors professional basketball team’s history from its 1946 founding in Philadelphia, Pennsylvania, to today, spotlighting memorable players and events. 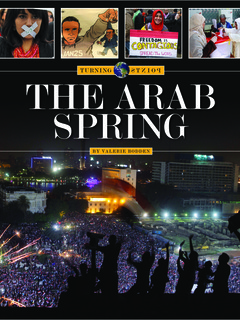 A historical account of the Arab Spring, including the events leading up to the string of protests, the people involved, the conditions of political instability, and the lingering aftermath.