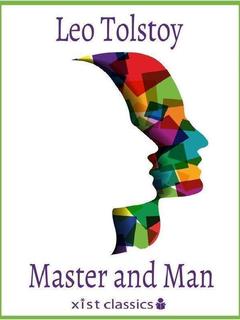 This is the story of Vasili Andreevich and his servant Nikita, trapped for the night in a snowdrift, struggling to survive against the gathering intensity of a storm. 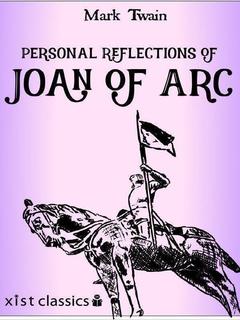 Personal Reflections of Joan of Arc

After the death of his family at just five years of age, Louis de Conte is sent to a small village to live with a priest. There he meets Joan of Arc, a young peasant girl who would change French history forever. Enchanted by Joan, Louis de Conte becomes her servant and also her biographer. 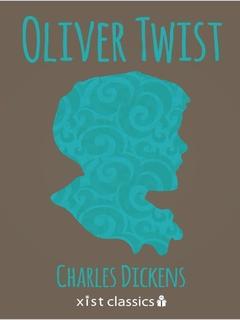 This is the story of an orphan, Oliver, who endures a miserable existence in a poor house. He escapes and flees to London where he joins a gang of pick pockets. 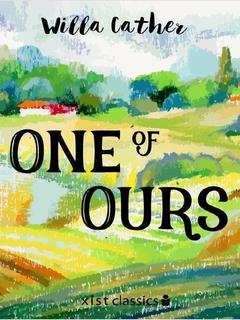 Claude tries to escapes from his family firm grasp who want him pious and working at their family farm in Nebraska. He marries in his attempt to escape only to realize that his wife is not interested at all in him. That’s when another opportunity arises: going overseas and fight for the American army in World War One. 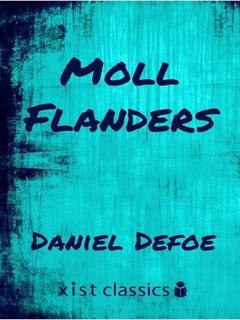 Moll Flanders tells the story of a woman's humble criminal beginnings to her transformation into a wife of a Virginia plantation owner. Daniel Defoe's tale is a vivid and entertaining novel. 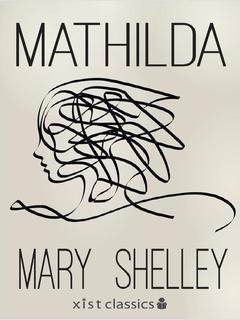 This is the tale of young lonely girl who desperately wishes for a relationship with her absent father. When he finally returns after 15 years, Mathilda finds that his interest in her is beyond tragic. This novella is a perfect example of the period of Romantic literature and is filled with obsession, betrayal and crushing sadness. 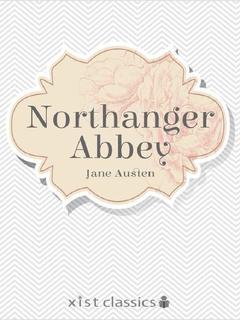 Northanger Abbey was Jane Austen's first novel and tells the story of the romantic, yet sometimes silly, Catherine who travels to Bath and lets her imagination run away with her. Filled with the wit and complexity that Austen is famous for, this is a classic romantic novel. 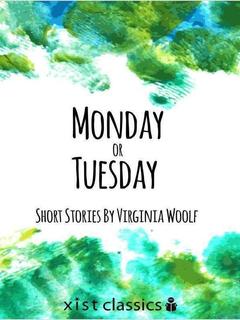 Monday or Tuesday is a collection of eight stories crafted beautifully by Virginia Wolf. In all eight stories, the reader can witness ordinary people with extraordinary feelings that shape their mundane everyday life. 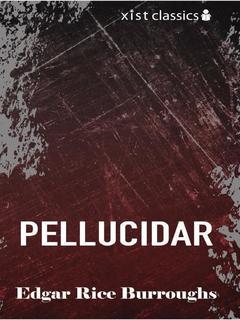 David Innes left some matters unsolved after his first adventure in Pellucidar – the fantastic world underneath Earth’s crust – and now he is ready to face them and set things right. So he returns to Pellucidar, tries to map the new world and save his lost companions in the process. Will the Mahar stop him? Will the Human Race from the interior be ever free? 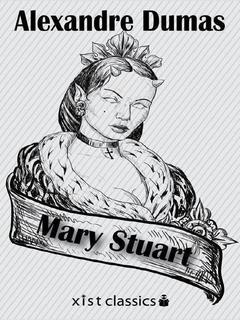 First published as part of his eight-volume series “Celebrated Crimes” (1839 – 1840), this novel recounts the fascinating story of Mary Queen of Scots from her early childhood to her abdication, exile in England, and subsequent execution. 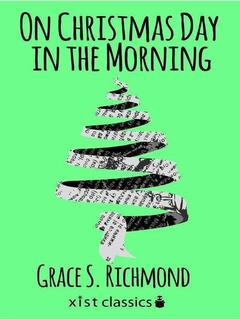 On Christmas Day in the Morning

The Fernalds are scattered all across the land. So the elderly must face yet another lonely Christmas. But a son of theirs has other plans. He wants to bring them all together for Christmas and bring joy in their parent’s dull lives. How will he succeed? 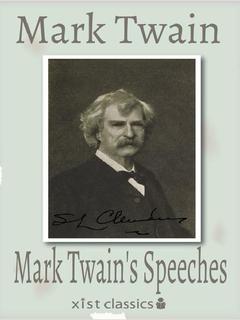 Mark Twain's Speeches have delighted audiences for over one hundred years. Filled with wit and wry observation, these speeches are enjoyable to read and excellent examples of the way to entertain and persuade a crowd. 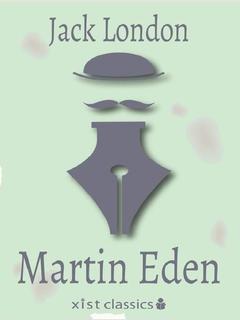 An interesting, semi-autobiographical novel, this is the story about a struggling young writer who thirsts for knowledge, self-improvement, and to join the upper ranks of the intelligent and cultured within his society. 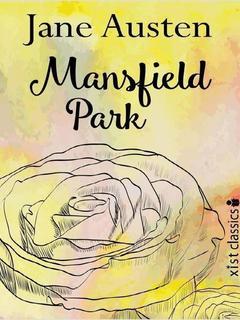 Fanny Price is a young little lady who has the unique opportunity to escape her modest upbringing and live a wealthy life with her aunt and four cousins. She quickly finds out however that status isn’t everything. When Henry and Mary Crawford arrive at Mansfield Park, she starts to question the English aristocratic morality. What will she choose: a life of wealth or a life of happiness? 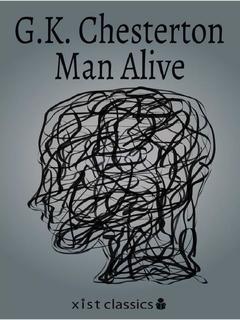 G. K. Chesterton's "Manalive" is the story of Innocent Smith, who upon arrival at Beacon House, a London boarding establishment, breathes new life into the residents of the establishment with his games and antics. However it is soon discovered that Smith is a suspected criminal who is to be brought up on charges of burglary, desertion of a spouse, polygamy, and attempted murder. The second half of the book deals with Smith's trial in which rather curious and hilarious explanations are given for the charges against Smith. In this funny and delightful story, Chesterton explores the idea of the 'holy fool', a popular theme in Chesterton's work that also notably is seen in Dostoyevsky's "The Idiot" and Cervantes' "Don Quixote". 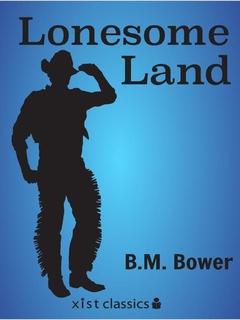 When a young woman comes to Montana expecting to marry a cowboy and live happily ever after, she discovers the frontier has more surprises than just the weather. Based on the life of author B.M. Bower, this novel tells of one woman's journey to revise her romanticization of the west and make a life for herself despite an alcoholic husband and a lonely existence on the ranch. 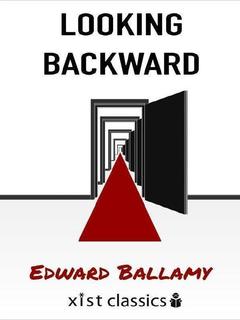 Published in 1888, Looking Backward is the story of a young 19th-century American who wakes up in the eve of the 21st century, in the year 2000. Guided by Dr. Leete, Julian finds out all there is to know about this new utopian society marveling at the invention of credit cards and ‘cable telephone.’ 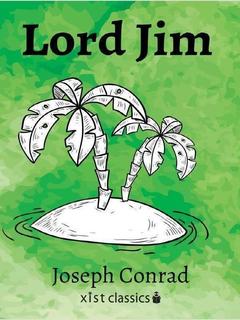 When a young sailor's courage is tested for the first time, he fails and condemns himself for the rest of his life. Lord Jim by Joseph Conrad is a tragic tale of a man's quest to redeem his fast and the crushing weight of guilt. This novel is a masterpiece of character exploration and powerful storytelling. 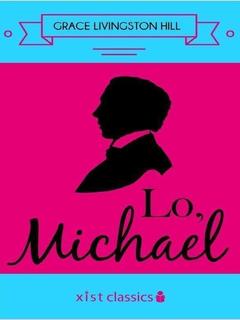 When a poor young boy saves an heiress' life, her father sends him to school where he studies the law. Years later, he returns to help the friends from his old life and wonders what has happened to the girl he once saved. When he finds her in danger again, he has the chance to find both love and happiness, but will he take the chance? 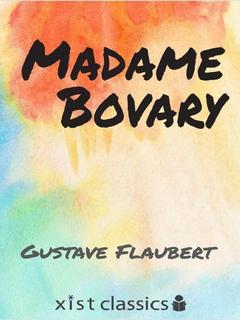 A shocking tale of one woman's quest to escape her boring marriage and provincial life. Emma Bovary seeks passion, love and glamour; everything she's missing her marriage to a stuffy doctor. This novel scandalized readers in nineteenth century France for it's unabashed portrayal of the adulterous heroine but its beautiful prose has made it a classic that speaks to audiences today. 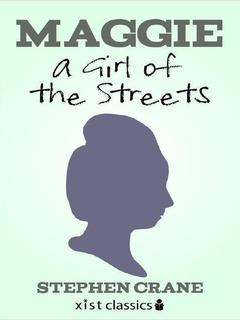 Maggie: A Girl of the Streets

Maggie is a young girl from the Bowery in New York City who is kicked out of her tenement. She eventually becomes a prostitute and dies in the streets. Maggie is a classic example of American fiction during the period of industrialization. 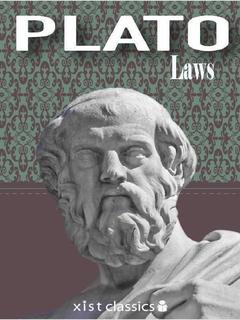 Plato's last and longest dialogue, Plato's Laws is an exploration and explanation a number of basic issues in political and ethical philosophy as well as theology. 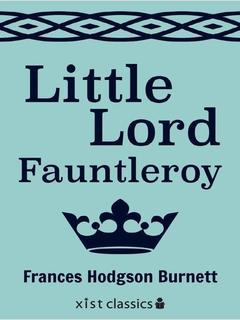 Little Lord Fauntleroy is a story about a young poor boy and his struggles with life when he finds out he is an heir to a fortune. 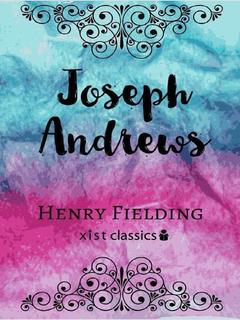 Inspired by the masterpiece Don Quixote de la Mancha, the satirical novel Joseph Andrews mocks the 18th-century English society and its high-praised heroic writings of the time by creating a dreamer and a naive much like Don Quixote. After being dismissed by the widow of his former master who tried to court him unsuccessfully, Andrews sets up on a journey to find the love of his life, Fanny. In his journey, he meets faithful friends as well as many shams, thieves and vile enemies. 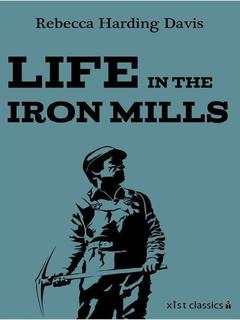 Life in the Iron Mills

Life in the Iron Mills is one of the first American novels that depicts the precarious state of the impoverished working class. Molly Wolfe is a member of this class working 12 hours a day, six days a week to earn a living. Because of his condition, he cannot develop his innate artistic talent. His cousin, Deborah tries to help him but the consequences are devastating.