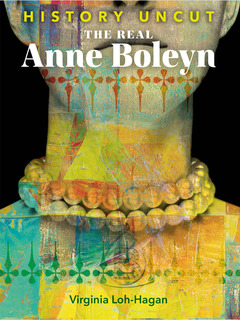 Everyone knows her story, but do you know the REAL history behind the story of Anne Boleyn? History has never been so juicy! Written with a high interest level to appeal to a more mature audience and a lower level of complexity with clear visuals to help struggling readers along. Considerate text includes tons of wild facts that will hold the readers' interest, allowing for successful mastery and comprehension. A table of contents, timeline, glossary with simplified pronunciations, and index all enhance comprehension.

Throughout her life, Mary McLeod Bethune worked tirelessly to increase women's opportunities, from education to the military to the right to vote. Learn about how her activism led her to the White House as a consultant for several presidents. Additional features include detailed captions and sidebars, critical-thinking questions, a phonetic glossary, an index, and sources for further research. 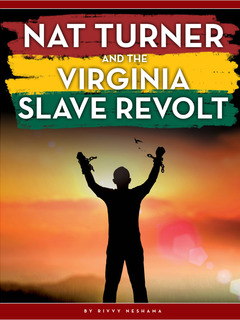 Examines the life of enslaved African-American Nat Turner and the events leading up to the slave rebellion he led in 1831. Additional features include detailed captions and sidebars, critical-thinking questions, a phonetic glossary, an index, and sources for further research. 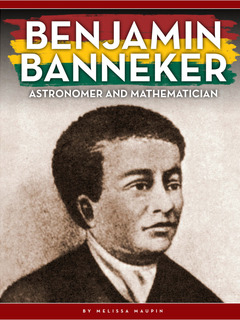 Eighteenth-century mathematician and astronomer Benjamin Banneker was widely known and respected in his time. Most of what he knew, he taught himself. His letter to Thomas Jefferson asked the future president to reconsider his racial prejudices. Learn about Banneker, who abolitionists would use as proof that people of any race can be equally intelligent. Additional features include detailed captions and sidebars, critical-thinking questions, a phonetic glossary, an index, and sources for further research. 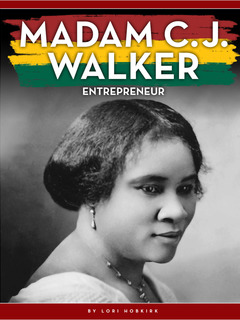 Madam C. J. Walker's skill as a businesswoman and desire to create products for black women drove her to become the first black female millionaire. Learn about this amazing woman who, while improving women's lives with her products, employed women as sales agents and hair culturists--all while giving back to her community. Additional features include detailed captions and sidebars, critical-thinking questions, a phonetic glossary, an index, and sources for further research. 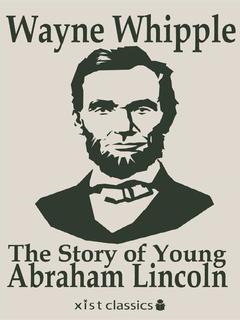 The Story of Young Abraham Lincoln

Using interviews with people who knew the great Abraham Lincoln, Wayne Whipple tries to build a character that's as great as the 16th President of the United States. Follow his journey from a motherless boy living in a humble hut to his great challenges that ultimately built his magnificent personality and prepared him for his final battle, the battle that would change America forever. 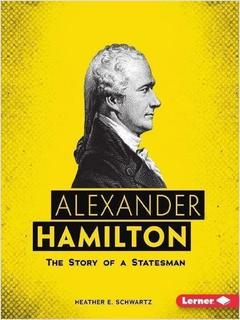 Alexander Hamilton: The Story of a Statesman 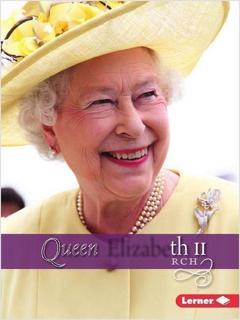 Queen Elizabeth II is the longest-reigning British monarch. Discover the engaging details of her life and how she brought the royal family into the twenty-first century. 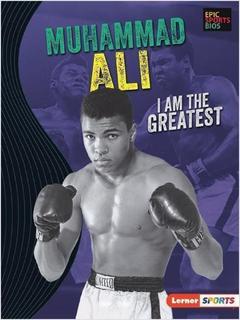 Muhammad Ali: I Am the Greatest

Cassius Clay began boxing at age twelve to protect himself from bullies. He spent endless hours training and dreaming of becoming the heavyweight champion of the world. In 1964, his dream came true when he beat Sonny Liston. Soon after this victory, Clay changed his name to Muhammad Ali. When Ali refused to fight in the Vietnam War (1957–1975), he was banned from boxing—but a few years later, he made an incredible comeback. Find out how Ali became a legendary boxer and one of the world's most famous athletes. 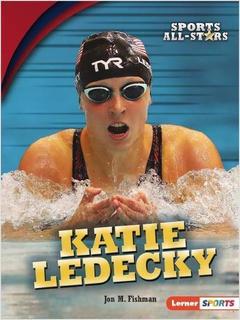 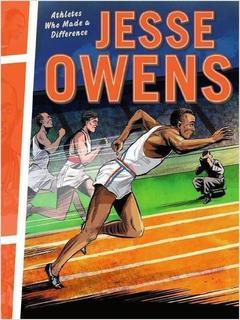 In 1936, Adolf Hitler attempted to make the Olympic Games in Berlin, Germany, a showcase of Nazi superiority with a new stadium and the first television broadcast of the Games. He didn't account for African-American sprinter and long jumper James Cleveland "Jesse" Owens, who smashed records throughout his track and field career. Owens turned Hitler's Olympic vision on its head by winning four gold medals in the 100m, 200m, 4x100m relay and long jump. Along the way, he broke or equaled nine Olympic records and set three world records. In graphic nonfiction style, this biography takes readers from Owens's early life to his historic athletic triumphs. 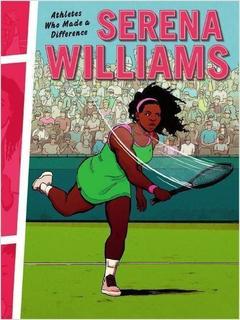 Working through times of setbacks and Grand Slam glory, Serena Williams has become a role model for a new generation of tennis players, and it's all captured in this graphic biography. From an early age, Serena trained to be a force on the tennis court. Alongside her talented sister Venus, she rose up through the ranks until she was competing in—and dominating—the world's most elite tournaments. Follow along as she amazes everyone with her powerful, strategic playing style and also speaks out against racism and sexism in the tennis world. 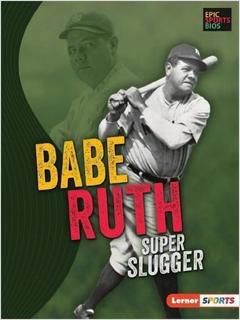 From the Boston Red Sox to the New York Yankees, Babe Ruth's epic rise to the Baseball Hall of Fame is one many people have heard about. Dive deeper into his career-defining moments in this epic biography! 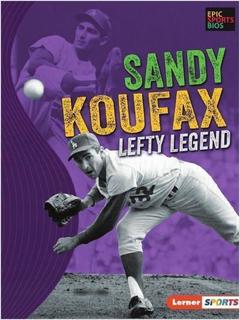 Sandy Koufax went from dreaming of playing in the NBA to pitching perfect games for the Los Angeles Dodgers. Learn how the left-handed Koufax honed his throwing arm, brought the Dodgers a World Series, and more. 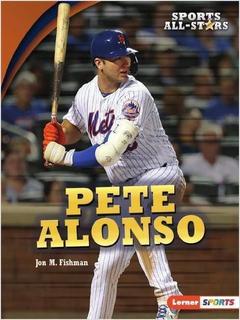 New York Mets first baseman Pete Alonso hit it out of the park during his 2019 rookie season playing Major League Baseball (MLB). The slugger won the Home Run Derby and also hit the most homers in the league that year. 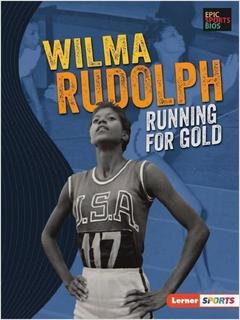 Sprinter Wilma Rudolph's life was defined by epic triumphs on and off the track. As a child, Rudolph suffered from polio, but later became the first US woman to win three gold medals in track and field at an Olympics. Learn all about this inspirational athlete! 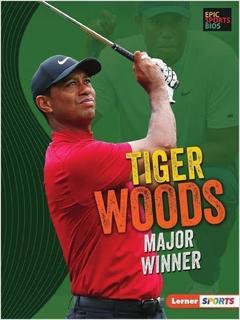 Tiger Woods became a famous golfer when he was two. As an adult, he's won 81 PGA Tour events and 15 major tournaments (and counting). Read about one of the world's most recognizable athletes. 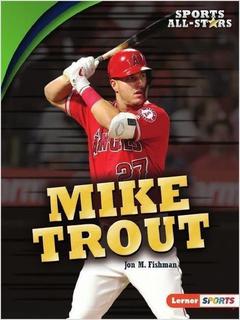 Center fielder Mike Trout has racked up more home runs and stolen bases faster than any player in MLB history. Follow this Los Angeles Angels star as he continues to rise. 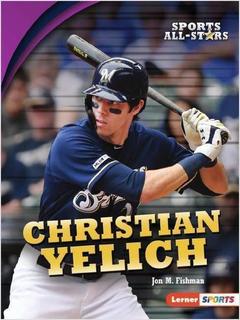 Outfielder Christian Yelich was a solid but unspectacular player for the Miami Marlins from 2013 to 2017. Then he joined the Milwaukee Brewers in 2018 and won the National League Most Valuable Player award. Follow Yelich's rise to baseball superstardom. 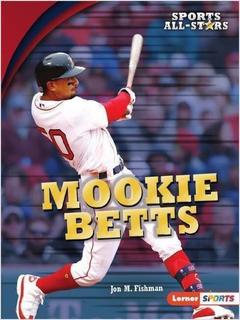 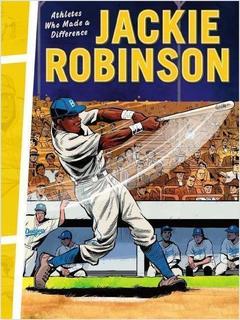 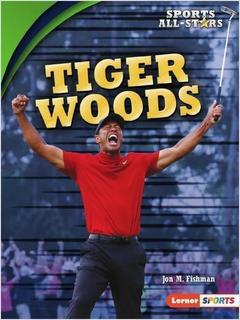 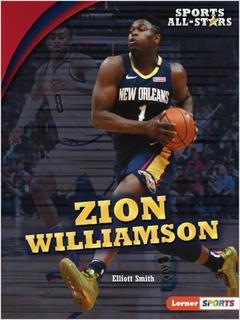 After one breakout season playing college basketball at Duke, Zion Williamson was drafted into the NBA (National Basketball League) by the New Orleans Pelicans. Learn about one of the NBA's most notable rising stars. 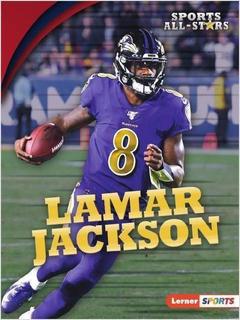 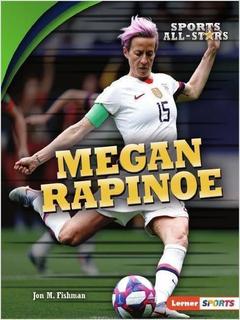