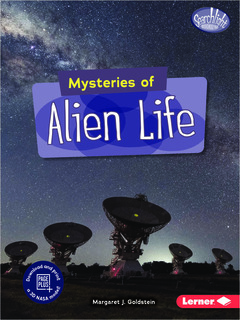 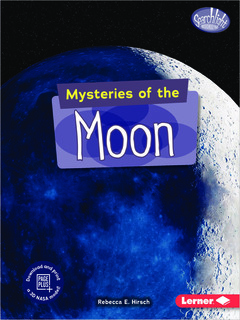 Mysteries of the Moon

There are many mysteries surrounding the moon. Where did it come from? And what could be hiding on its dark side? Take a look at the research scientists are doing to learn about the Earth's moon. 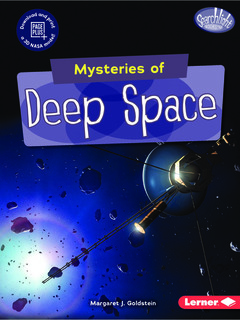 Could astronauts use wormholes to travel from galaxy to galaxy? Learn what scientists understand about the shape of outer space and see what and other deep space mysteries they are trying to solve. 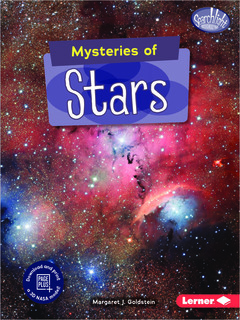 Stars decorate our sky every night, but we're still learning things about how they form and what they're made of. Dive into the many mysteries surrounding stars that scientists are investigating! 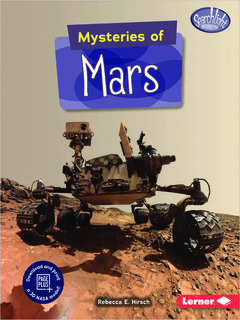 Could there be life on Mars? Scientists are trying to answer this and many other questions about our next-door planetary neighbor. Introduce young readers to the fascinating scientific mysteries surrounding Mars. 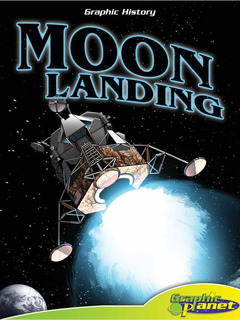 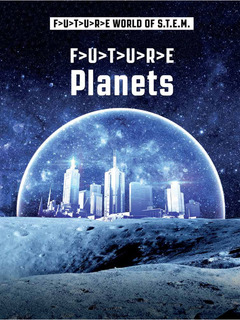 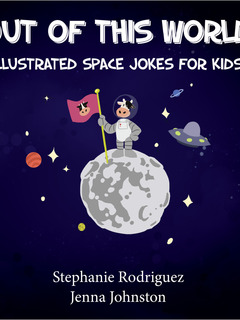 Out of this World

Aliens and planets and rockets and astronauts are ready to make little ones laugh! Get kids reading AND laughing with funny outer space jokes. Jenna Johnston's bold illustrations add to the hilarity of outer space puns. Developing readers will build confidence and story time will never be the same for your rocket-loving child. These jokes are silly and strange and make a great gift for a science and space fan. 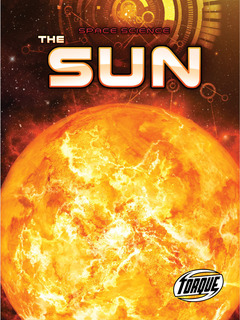 The Sun’s outermost layer, the corona, is only visible to the naked eye during a total solar eclipse! This important star impacts our daily lives, from providing the necessities of life to affecting our means of communication. Studying the Sun provides information about the galaxy and beyond. This title is one shining star young readers will not want to put down! 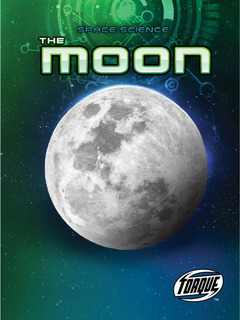 Only 12 humans have walked on the Moon. But scientists have learned a lot about Earth’s night light. We know how it was formed, about its relationship with Earth, and its surface features. The informative text pairs with fascinating fun facts and special features to provide an in-depth look at Earth’s closest neighbor. 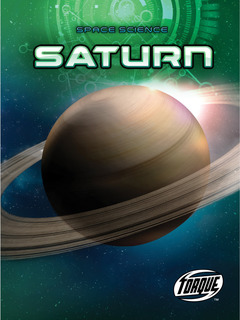 If humans ever make it to Saturn, they won’t be able to land on its surface. This enormous planet has no solid ground! Beyond its seven magnificent rings, Saturn swirls with dense clouds of gas. This fascinating planet is on display in this book full of special features, fun facts, and beautiful photos. 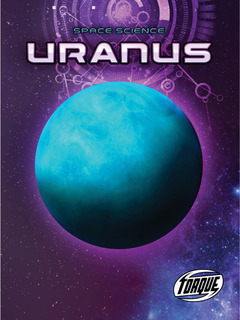 Uranus is an ice giant that spins completely on its side! Scientists have studied it since its discovery in 1781, but Uranus remains one of the solar system’s most mysterious planets. In fact, only one spacecraft has ever visited the planet. This hi/lo title uses fascinating fun facts, special features, and photos to give readers a crash course on the coldest planet in the solar system! 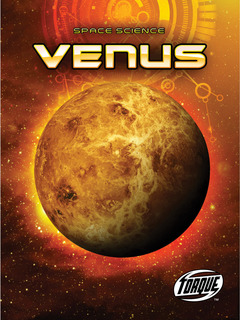 A single day is longer than a year on Venus! This hot, rocky planet is much like Earth, but it holds many mysteries that scientists work hard to unravel. How did it form? What is it made of? These questions and more will be answered in this informative book about Venus – a planet often called “Earth’s Twin.” 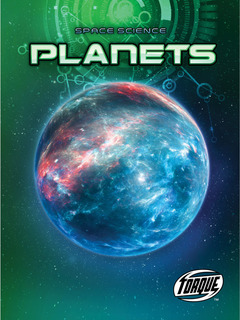 In 2014, exoplanet Kepler-186f was found in the habitable zone of its system’s star. It is just one of 40 discovered exoplanets providing information about the potential for life outside Earth. From masses of rock to gas and ice giants, planets can tell us a lot about the rest of the universe. This title takes readers through the beginnings of these celestial bodies, why we study them, and much more! 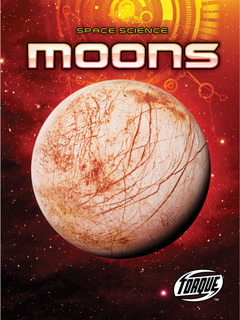 Ganymede, one of Jupiter’s 53 moons, is the largest moon in the solar system. It is even larger than the planet Mercury! Moons are found throughout the solar system and beyond, circling planets and asteroids. In this book, reluctant readers will find the answers to how moons form, where they are found, and so much more! 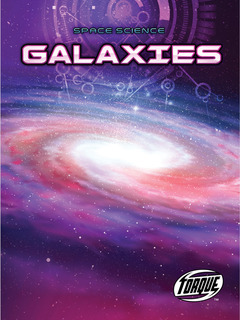 On the darkest of nights, the white sparkle spanning the sky provides a glimpse at the far reaches of the Milky Way galaxy. But there are trillions more just in the observable universe! This title allows readers to explore these collections of stars, planets, and space debris that span across light-years of space. 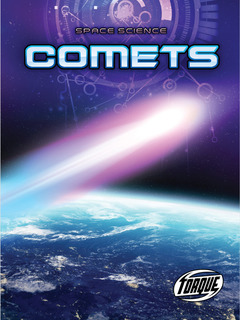 What has a nucleus, coma, and two tails? Why, a comet, of course! The wonder and mystery of comets has excited humans for centuries, and they continue to provide valuable information about the solar system and the creation of the galaxy. This title will introduce striving readers to comets with thought-provoking information, fascinating facts, and engaging images. 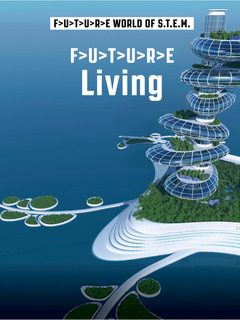 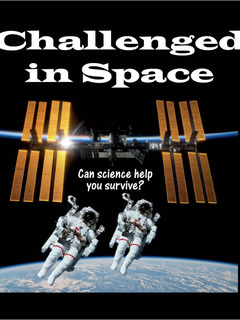 A brave adventurer and his colleague manage to escape a dangerous situation in the River Rapids. Set in a challenging environment, essential STEM skills come in handy. 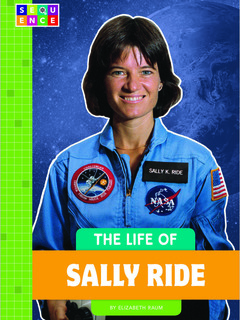 The Life of Sally Ride

This book for elementary readers outlines key dates throughout this change maker's life. Engaging photographs and a timeline depict each step in paving the way for others, from Sally Ride's early ambition with tennis through her first two space missions and her work to inspire young girls to pursue science. A table of contents, glossary, further resources, and an index are included. 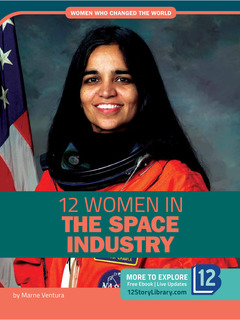 12 Women in the Space Industry

From Sally Ride, the first American woman in space, to Peggy Whitson, space station commander, citizen space explorer Anousheh Ansari, and British space scientist Maggie Aderin-Pocock, this book profiles 12 women from around the world who have gone into space or worked in the space industry. Each chapter includes attention-grabbing photos, biographical details, and fascinating facts. Sidebars go beyond the basics, and prompts invite readers to think for themselves. An Out of the Shadows section features mini-bios of space-focused women who never got the recognition they deserved. 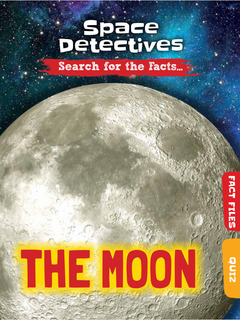 Up-close, exciting photos and illustrations illuminate Earth's moon for young readers. Pair that with fun facts, short sentences, and labeled images, and any student will love exploring what's beyond our planet. These nonfiction early chapter books are essential reading for any young astronomy enthusiasts. 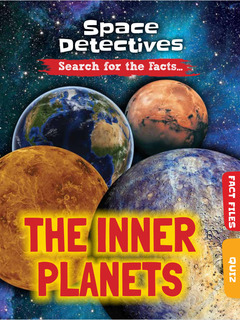 Up-close, exciting photos and illustrations illuminate our solar system's inner planets for young readers. Pair that with fun facts, short sentences, and labeled images, and any student will love exploring what's beyond our planet. These nonfiction early chapter books are essential reading for any young astronomy enthusiasts. 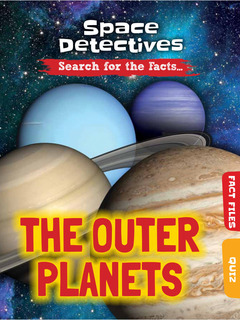 Up-close, exciting photos and illustrations illuminate our solar system's outer planets for young readers. Pair that with fun facts, short sentences, and labeled images, and any student will love exploring what's beyond our planet. These nonfiction early chapter books are essential reading for any young astronomy enthusiasts. 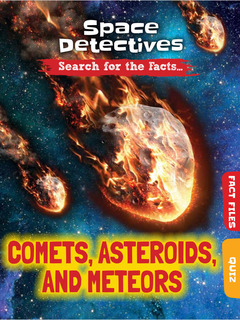 Up-close, exciting photos and illustrations illuminate the asteroids, meteors, and comets in our solar system. Pair that with fun facts, short sentences, and labeled images, and any student will love exploring what's beyond our planet. These nonfiction early chapter books are essential reading for any young astronomy enthusiasts.