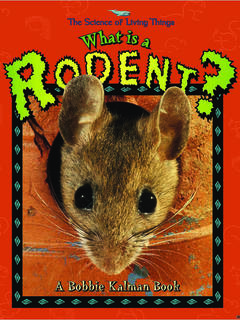 What is a Rodent?

With over 1700 species, more than one-third of all mammals are rodents. From the jumping jerboa to the humungous capybara, What is a Rodent? gnaws through rodent myths to expose the facts about this often misunderstood group. Readers of all ages will be fascinated by the rodent family tree, a rodent's body and amazing teeth, homes underground and in watery habitats, millions of mice and rats, many rodent cousins from squirrels to prairie dogs, their prickly quills, webbed feet, and fabulous fur, and pet care tips. 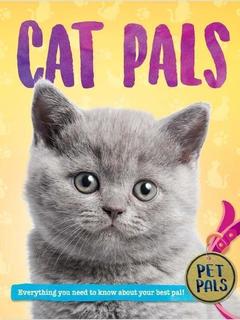 From where they sleep to what they eat and how you can make them feel safe and at home, this book gives you all the pet care advice you need to become a cat’s best pal. Learn the inside information on how cats communicate, what games they like to play, and how to understand their behavior, so you can build a bond with your pet that will last a lifetime. 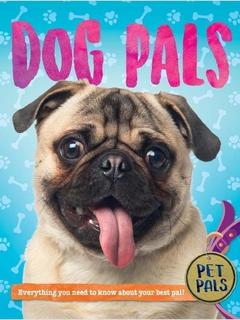 From where they sleep to what they eat and how you can make them feel safe and at home, this book gives you all the pet care advice you need to become a dog’s best pal. Learn the inside information on how dogs communicate, what games they like to play, and how to understand their behavior, so you can build a bond with your pet that will last a lifetime. 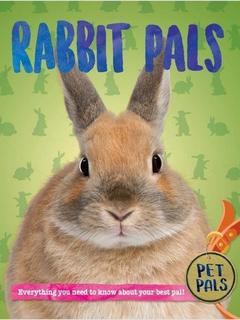 From where they sleep to what they eat and how you can make them feel safe and at home, this book gives you all the pet care advice you need to become a rabbit’s best pal. Learn the inside information on how rabbits communicate, what games they like to play, and how to understand their behavior, so you can build a bond with your pet that will last a lifetime. 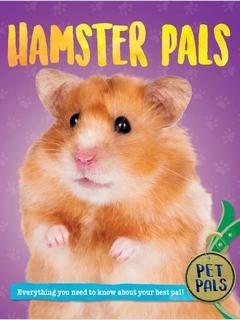 From where they sleep to what they eat and how you can make them feel safe and at home, this book gives you all the pet care advice you need to become a hamster’s best pal. Learn the inside information on how hamsters communicate, what games they like to play, and how to understand their behavior, so you can build a bond with your pet that will last a lifetime. 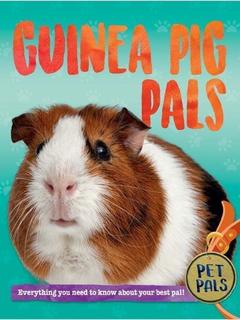 From where they sleep to what they eat and how you can make them feel safe and at home, this book gives you all the pet care advice you need to become a guinea pig’s best pal. Learn the inside information on how guinea pigs communicate, what games they like to play, and how to understand their behavior, so you can build a bond with your pet that will last a lifetime. 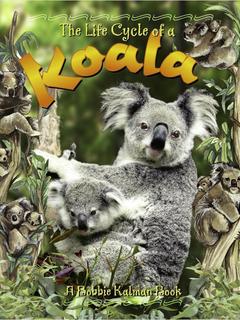 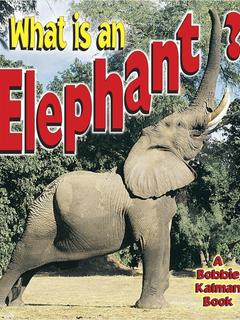 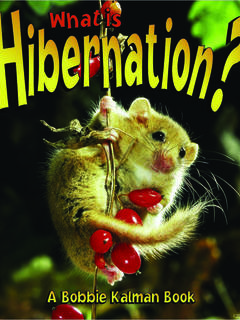 Hibernation is one of natures greatest miracles, allowing animals to sleep through periods of extreme cold and heat. Interesting information describes how different animals use body fat to survive, how they can wake themselves up, and how some give birth during hibernation. 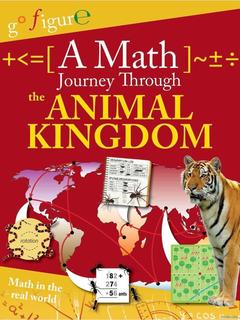 A Math Journey Through the Animal Kingdom

Fun pictograms and infographics about the animal kingdom make learning about math topics such as symmetry, coordinates, and place value easy and fun. In this book, readers go on a mission to some of the worlds amazing habitats and use their mathematical skills to track tigers, count penguins, and search for jaguars. Math puzzles and exercises help children build confidence in their math skills. 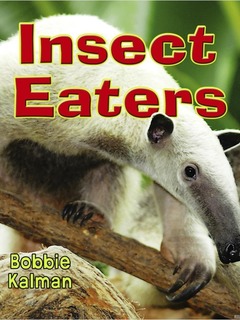 Many animals are carnivores, but some eat mainly insects. Insect eaters, known as insectivores, can be as small as insects or as large as giant anteaters. Spiders, frogs, lizards, bats, and other mammals are insect eaters, but not all insectivores are animals.This book is loaded with fascinating photos and information that will delight kids of all ages. 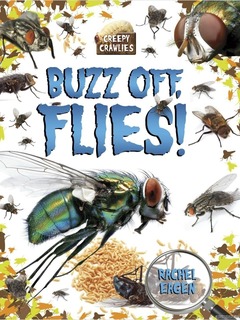 What is that annoying whine? How about those disgusting worms crawling in the dogs dish? What made those horrible bites that itch like crazy? The answer to these creepy questions is FLIES, one of the worlds most important creatures. Fantastic full-color macro images bring readers inside the world of a common housefly. Designed for kids doing research and those wanting a ready source of creepy information, Buzz off, Flies! offers information on life cycles, family trees, and the fly's unique relationship with humans. 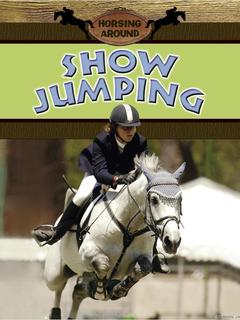 Saddle up and leap into the pages of this book to read all about show jumping! You'll learn about verticals, oxers, combinations, and other jumps that horses - and their riders - attempt to complete quickly and flawlessly. You'll also discover the breeds and care of show horses, how they train and compete in Olympic and other jumping events, and the history of this challenging equestrian sport. 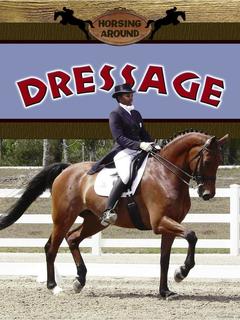 Dressage introduces readers to the basics of the dressage competition, often referred to as horse ballet. Horse-lovers will appreciate the clear text detailing the history and rules of the sport. Text is accompanied with beautiful photographs and informative diagrams. 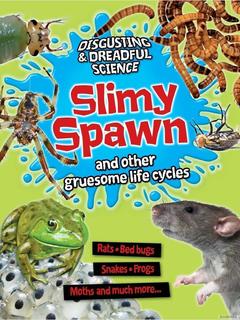 If you think all babies are cute, think again! There are disgusting and dreadful stages in the life cycles of many different animals. From tadpoles that eat one another to bloodthirsty bugs, this amazing book describes the gross beginnings of animals that crawl, swim, or fly. Get your hands dirty, too, with some easy (and painless!) experiments. 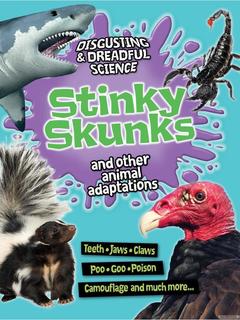 Stinky Skunks and Other Animal Adaptations

If you were a hungry coyote, would you brave a skunks stinky spray for a meal, or would it leave a bad taste in your mouth? Many animals have survival techniques that offend the senses or strike fear in the hearts of predators. From deadly defenses to revolting eating habits, this interesting book describes the disgusting and frightening survival techniques of animals. Get your hands dirty, too with some easy (and painless!) experiments. 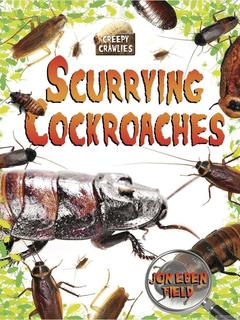 What are those fast-moving bugs you see when you turn on the kitchen light? Where did they go? Most likely, they were cockroaches. One of the most hated and feared insect species, cockroaches love to live with humans and have done so for centuries. Cockroaches is a lively historical and biological biography of this loathed creepy crawly. Colorful images show many varieties of cockroaches, including the massive Madagascar hissing cockroach, which is sometimes collected by insect fanciers! Special sections feature pest control methods, the cockroach in popular culture, and facts and myths. 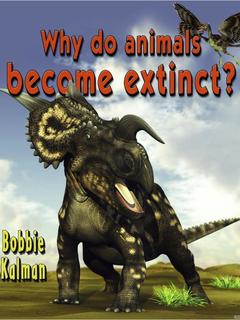 Why do animals become extinct?

Animals have become extinct for many reasons. The most famous example, the extinction of the dinosaurs, may have been the result of an asteroid hitting Earth or an Ice Age freezing them to death. Prehistoric mammoths and saber-toothed cats may simply have been hunted to extinction. Today, animals such as elephants, zebras, tigers and leopards, some wolves, and many kinds of primates may still face extinction due to climate change, habitat loss, hunting, poaching, and pollution. This fascinating book introduces and explains the designations of endangerment from extinct in the wild to vulnerable. Children are also introduced to fossils as a way of learning about animals that lived long ago. 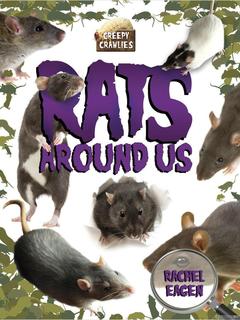 Furry, creepy, and seemingly sneaky, rats have a bad reputation for spreading disease and stealing food from under our noses. They are quite comfortable living in a number of environments, from swamps, to mountains, to basements. Color images show different species of rats, while informative text explains what a species is. A special section on pest control explains how rats were controlled in the Middle Ages and how they are controlled today. A section on lab rats even explains how these mammal pests have helped humans fight disease. 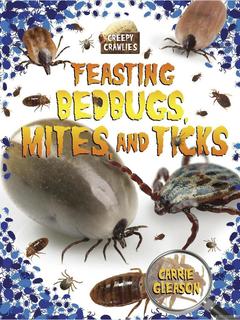 Ever get the icky sensation that your skin is crawling? Like tiny little bugs are scampering over your arms, your legs . . . your face? Well there really may be bugs on you, ones that are too small for you to see. Feasting Bedbugs, Mites, and Ticks examines the tiny, sometimes microscopic, insects that make their homes in our homes and on our bodies. Vibrant text and macro images put these creatures into hyper focus. A special popular culture section explains the origins of the old adage: sleep tight and don't let the bedbugs bite. 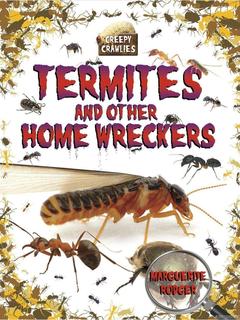 Termites and Other Home Wreckers

Termites can literally eat you out of house and home! Carpenter ants will use your home like a wood lot, taking what they want when they want, but without paying! Termites and Other Home Wreckers examines pests that chew, build, and bore their way into homes. Creepy images show the insects at different stages of the life cycle, and a family tree section lets you know who is related to whom. 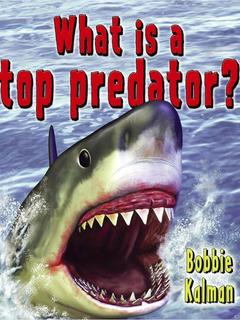 What is a top predator?

This informative and beautiful book looks at apex or top predators - animals that are not eaten by other animals in their habitats - and why these animals play a very important role in keeping food chains in balance. Students are introduced to the energy pyramid, which shows that there are fewer top predators than other animals and gives reasons why many of these animals are endangered. Humans, the most powerful top predators, are the biggest threat to these essential endangered animals. 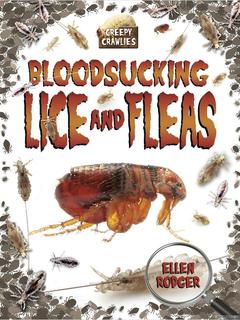 They feed on us, make their homes on us, and generally make our lives miserable. They are horrible guests, sometimes spreading deadly diseases. These blood-sucking parasites are lice and fleas and they are pests of the first order! This book delves into the tiny world of ectoparasites that prey on humans and animal hosts. Learn how lice and fleas cant live without us and how humans have been battling the itchy critters, often without much success, since the dawn of time. Special sections give information on the plague-producing history of rat fleas and how to combat the scourge of head lice. 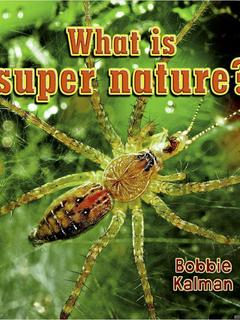 What is super nature?

This intriguing book looks at the remarkable abilities of plants and animals, which need to be studied to make our environment more sustainable. People have already used birds as models for constructing airplanes, but there are so many other models that have not been replicated. Living things live at the depths of oceans and at the tops of the highest mountains, harness the energy of the sun to make food, make oxygen from carbon dioxide, walk on water, build structures that are air-conditioned, and make materials stronger than steel without ever polluting or damaging the environment. They have done all the things we wish we could do. This book will make young scientists aware of the super powers of nature and may inspire some to find ways to change the future of Earth! 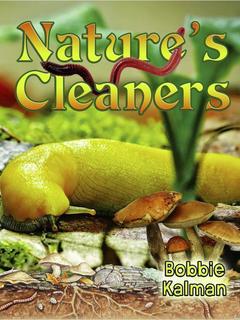 All living things die. Fortunately, nature has cleaners that eat decomposing things. Scavengers, detrivores, and decomposers are three groups of living things that use the leftover energy in things that have died. From hyenas and vultures eating carcasses, to mushrooms feeding on rotting wood, to dung beetles rolling in animal waste, this book has it all in vivid color!