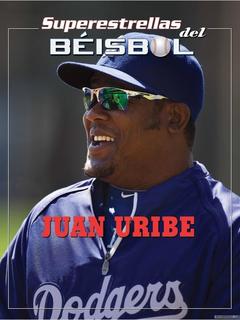 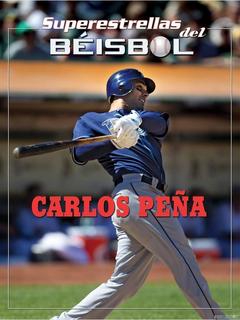 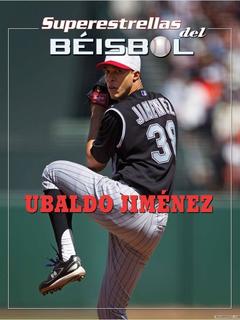 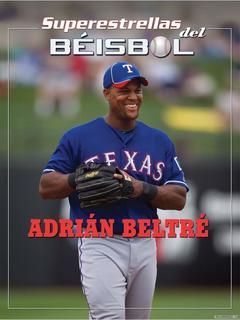 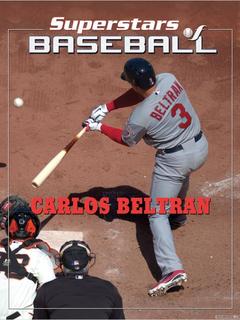 Carlos Beltrán was a boy who wanted to be a baseball star. He worked hard in Puerto Rico to achieve his dream. Today, he's a professional baseball player with impressive accomplishments. As a batter and centerfielder, Beltrán lights up the game. Follow Beltrán's journey from amateur to minor leaguer to professional player. Beltrán has played for four different major league teams--and he has shown them all just what he can do on the field. Fans everywhere can't get enough of Carlos Beltrán! 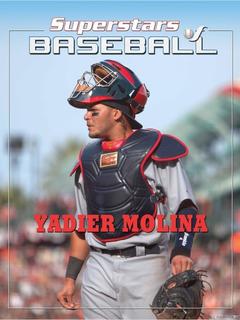 Yadier Molina is part of a trio of brothers that are taking the baseball world by storm. Yadier, the youngest, might also be the best player. He's one of the best catchers in baseball today. During his decade with the St. Louis Cardinals, Molina has had an impressive career. Base stealers rarely have a chance when Molina is behind the plate! He can catch every ball thrown to him, and he's helped the Cardinals win game after game. Discover how Yadier Molina got so good! 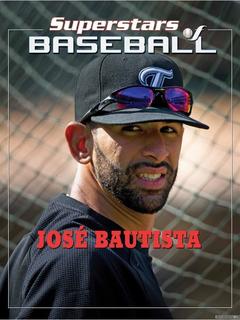 José Bautista has only been in the Major Leagues a few years. But he's already had an amazing career in baseball. He's played in the All-Star Game, he's won awards, and he's made millions of dollars. Bautista even hit more than 50 home runs in one season! Fans love to see him knock a ball out of the park! Learn how Bautista spent years in the minor leagues before making it to the Majors. Discover the story of how Bautista never gave up on his dream of playing in the Major Leagues, even when things were tough. 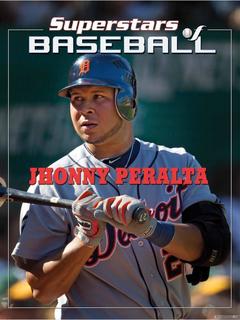 Jhonny Peralta has had an amazing baseball career. He's played in playoff series and in the All-Star Game. He's won awards and made millions of dollars. Growing up in the Dominican Republic, Peralta dreamed of playing under stadium lights wearing an MLB uniform. Today, Peralta has lived those dreams. Read about Peralta's path from the Dominican Republic to the Major Leagues. Discover how Peralta worked hard to reach his goals while staying true to himself. 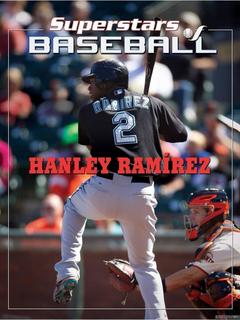 Hanley Ramírez has become one of baseball's biggest stars. The young player has only been in the Majors since 2005, but he's already done many things other players only dream of doing. He was named Rookie of the Year, he's played in the All-Star Game three times, he has won awards, and he's made millions playing in the Major Leagues. Read about Ramírez's journey from the Dominican Republic to the MLB. Learn how Ramírez became the player fans love to watch today! 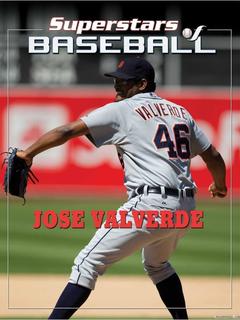 Today, José Valverde is one of baseball's best relief pitchers. Valverde has pitched in the All-Star game. He's won awards and made millions of dollars. Valverde even had a perfect regular season in 2011! Valverde's path to finding success in the MLB was a long one, though. He had to work hard to make it to where he is today. Read how Valverde started playing baseball thanks to his uncle, former MLB pitcher José Mercedes. Learn about Valverde's success in the minor leagues and find out how he became one of baseball's best pitchers. 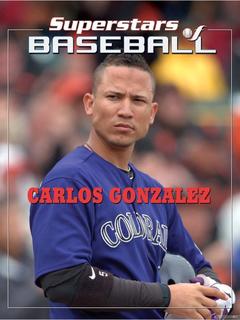 Carlos González is a baseball star that crosses borders. He appears in games in Venezuela and in the United States, winning fans everywhere. "Cargo," as he's known to fans, has made an impression on the baseball world. Singles, doubles, homeruns--González keeps the other team on their toes. González is still at the beginning of his career, so who knows what he'll do next. His awards are adding up, and he's sure to win more awards and honors in the future. 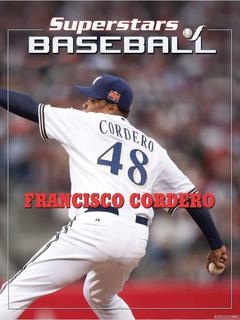 Francisco Cordero--or "Coco", as his fans and teammates know him--is a top-notch pitcher. He strikes out batters with his fastballs and sliders. He's racked up a lot of saves over the years as a closing pitcher for teams like the Rangers, the Brewers, and the Reds. Although when Cordero was a child, his family struggled with poverty, Cordero now does his part to help others who are struggling. He's a Big League player with character! 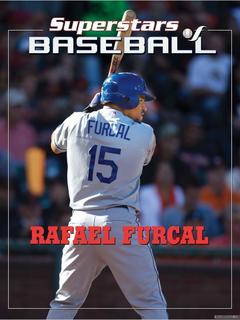 Rafael Furcal has had an amazing career in baseball. He's won a World Series. He's played in the All-Star Game. Besides all that, Furcal has also been able to focus on what is most important to him. He's been able to buy his family the things they couldn't afford when he was growing up. He has helped the people of his hometown in the Dominican Republic. Learn how Furcal has found success in Major League Baseball. Read about his life growing up in the Dominican Republic. Discover the story of how Furcal kept following his dreams even when things were hard. 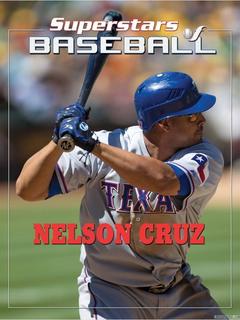 Nelson Cruz has had an amazing career in baseball. He's played in the World Series. He's played in the All-Star Game. He's broken records and made millions of dollars. Cruz is the only player in baseball history to hit a walk-off grand slam in a postseason game! Learn about the long path Cruz took to reach his dream of playing baseball. Read how he went from playing in the Dominican Summer League to hitting home runs in the World Series. Discover the story of how Cruz worked hard to make his way through the minor leagues to play in the MLB. 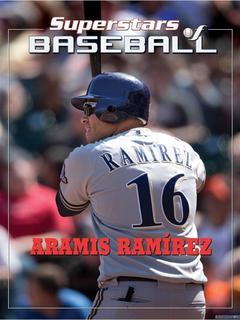 Aramis Ramrez is one of the Dominican players who have made it all the way to the top. Today, he's a great third basemen with a smart and powerful batting style. His career so far has been filled with mostly successes. Read how Ramrez made it big even as the MLB's youngest player. Follow his story from the minor leagues to his latest moves. 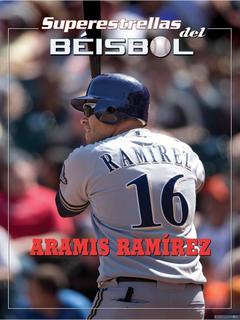 Aramis Ramírez is one of the Dominican players who have made it all the way to the top. Today, he's a great third basemen with a smart and powerful batting style. His career so far has been filled with mostly successes. Read how Ramírez made it big even as the MLB's youngest player. Follow his story from the minor leagues to his latest moves. 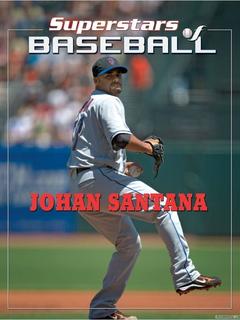 Johan Santana is a baseball star from a country better known for its soccer players. But Santana really shines as one of the best pitchers in baseball. His fastballs and changeups keep fans and batters guessing. His talent has made him a fan favorite. Read about how Santana fought his way to the top--from playing ball in the neighborhood to making it in the Big Leagues. His journey to the top hasn't always been smooth, but Johan Santana has fought hard to earn his place in baseball. 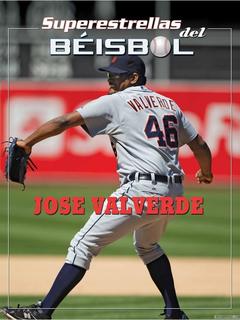 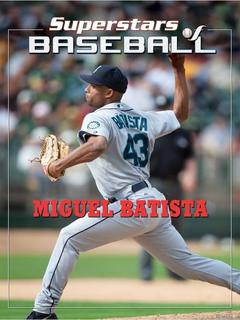 Miguel Batista is a pitcher who can enter a game at a moment's notice. He's spent a long time on the field and knows baseball inside and out. He's also an interesting person outside of baseball. Batista spends his time reading, doing charity, and publishing poems and novels. Follow Batista as he makes his way through the game. He's had a long journey--one that isn't over yet! 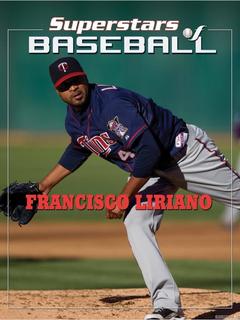 Francisco Liriano is a powerful Major League pitcher. Fans have watched him overcome injury after injury. He always comes back! His amazing stats and strong pitching arm have earned him awards, as well as millions of dollars. Ever since he was a young baseball player in the Dominican Republic, Liriano has been one of a kind. Find out more about his road to the Big Leagues--and discover what it takes to be a baseball superstar! 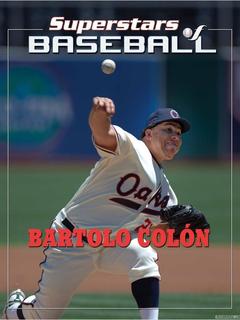 Bartolo Colón is an amazing pitcher. His arm has earned him awards and millions of dollars. At the same time, he's started his own family and helped his homeland, the Dominican Republic. Colón may be a superstar, but he's never forgotten his roots, and he's always stayed true to himself. Discover how he went from living in a house without electricity . . . all the way to the Big Leagues! 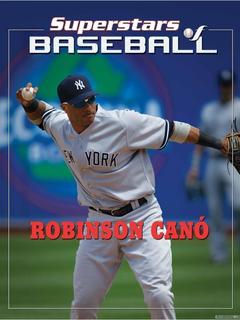 Robinson Canó has had an amazing life in baseball. He's won the World Series. He's played in All-Star Games, won awards, and made millions of dollars. He's played for one of baseball's most popular teams, the New York Yankees. He's even won the Home Run Derby. Read how Canó learned to love baseball from his father, José. Follow Canó's journey from playing baseball in a Dominican high school to playing in the Major Leagues. Explore the life of one of baseball's biggest stars--and find out how he went from big dreams to the big leagues. 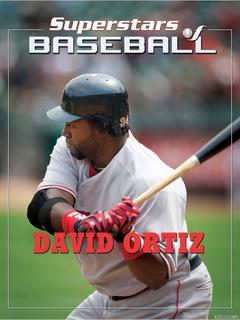 Baseball fans around the world know "Big Papi." David Ortiz is one of the greatest baseball players in the world. He's broken records and won awards, and his face is seen in magazines and on television. At the same time, he's built both a family and a charitable foundation. David is living out the dreams he had when he was growing up in the Dominican Republic. Read David's story--and find out how he traveled from the Dominican Republic all the way to the Big Leagues. Discover how he came to be the Big Papi that fans adore! 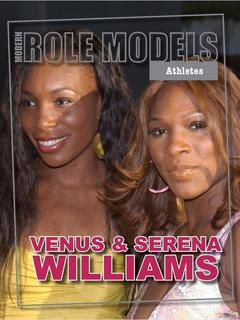 Venus and Serena Williams grew up in Compton, California where they sometimes heard gunfire as they learned how to play tennis at a local playground. As teenagers, they grew into athletic women whose powerful serves often overwhelmed their opponents. In time, each sister would climb to the top rankings of international women's tennis. They have also maintained interests off the court; Venus has become a successful interior designer, while Serena has taken several acting roles and also designs women's fashions. But there have been dark days for the two sisters as well. Both have had to deal with racism, and to endure nagging injuries that have sidelined them for months. They also experienced the tragedy of a sister murdered on the streets of Compton. Venus and Serena have stayed competitive, however, and each is committed to remaining among the best players on the women's tennis tour for many more years. 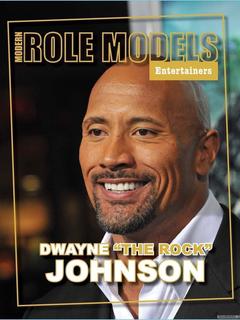 During his career as a professional wrestler, Dwayne The Rock Johnson thrilled wrestling fans everywhere. Known as the People's Champion, the Rock was a wrestling superstar whose dynamic and colorful personality attracted attention both inside and outside the ring. His feuds with other wrestling greats resulted in some of the most talked-about matches in wrestling history. He became the first African American to hold the World Wrestling Entertainment World Championship title, one he went on to capture six more times. This book describes how Dwayne Johnson, the son and grandson of professional wrestlers, became the Rock and, in his own words, the most electrifying man in sports entertainment. It details his failed ambition to become a professional football player and how that failure led him into the family business of wrestling. Eventually, the Rock built a successful wrestling career, and ultimately became a movie star as well.