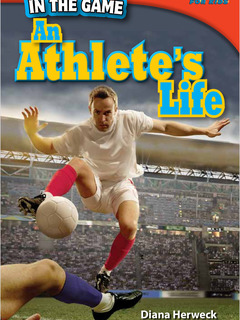 In the Game: An Athlete's Life

Do you have what it takes to be an athlete? Readers learn about the hard work and dedication that althetes of all levels go through to be healthy and successful. Along with stunning photos and charts and riveting facts, this title includes an interview with a real-life Olympic athlete and an accessible glossary, index, and list of useful sources. 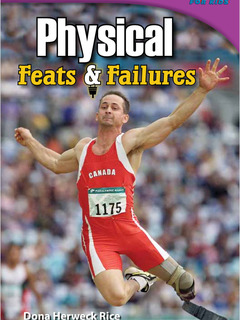 The human body can achieve amazing feats, but with every new physical feat, there are many failures. Readers will learn about some of the most amazing physical feats in history in this inspiring nonfiction title. Readers will learn about sports records, daredevils like Evel Knievel, and the incredible determination that athletes of all kinds have in order to achieve amazing things. Featuring brilliant images and photos, charts, graphs, informational text, and stunning facts, this book will have readers engaged and amazed! 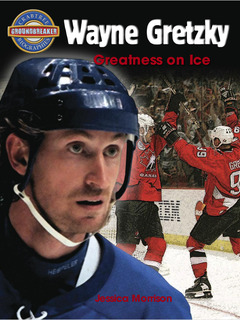 Wayne Gretzky, known to millions of hockey fans as "The Great One," wasn't the biggest, fastest, or strongest hockey player ever, but he was without a doubt the best so far. When he retired from play in 1999, the National Hockey League retired his jersey number as well and inducted him into the NHL Hall of Fame immediately, without the customary waiting period. Wayne's great talent was his ability to read the game and consistently make the right moves, earning him records for scoring year after year. The Great One started playing hockey on an ice rink in his backyard as a little boy in Canada, practicing before and after school and even after eating dinner with his skates on! His life tells the story of how far hard work and smart thinking can take a kid from Brantford, Ontario. 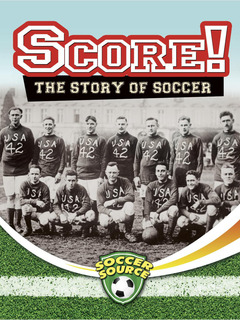 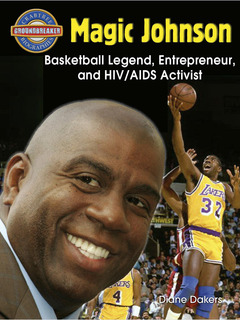 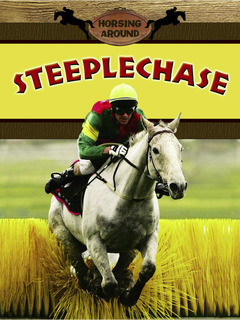 Pounding hooves, the roar of the crowds, muscles tightening, and then - the leap! Experience the excitement and thrill of competitive Steeplechase in the latest book in the Horsing Around series, Steeplechase. You too can be a champion! 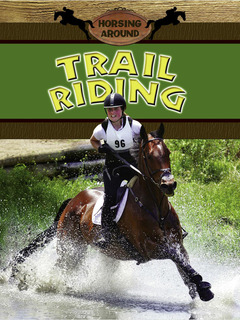 Are you longing to mount up and hit the trail? Trail Riding, the latest book in the Horsing Around series, explores the sport of competitive trail riding from head to tail. Learn the tips, the tricks, the rules and rides -- and most importantly, how to finish - a winner. 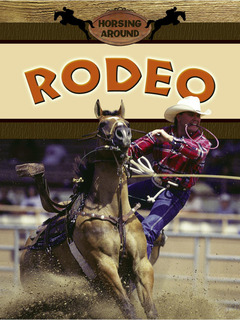 Hold on to your cowboy hats and prepare for a wild read! In this book, you'll learn all about the bucking horses, lively livestock, and daring riders of the rodeo world. You'll read about roping, riding, racing, wrestling, and more! You'll also discover the breeds of rodeo horses, how riders handle and care for their animals, and how cattle herding became a rough-and-tumble sport. 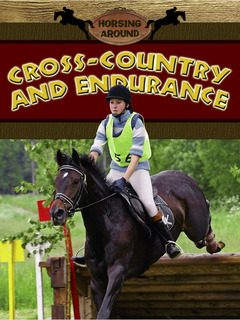 Cross Country and Endurance takes readers into the world of cross country and endurance competitions, which test the stamina, riding, and jumping abilities of the horse and rider. The text is clear and easy to read, providing both history and rules of the sport. Exciting, engaging photographs and informative diagrams accompany the text. 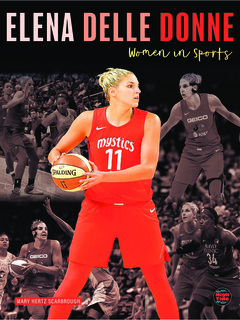 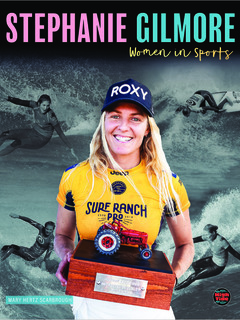 Stephanie Gilmore surfed her way to a World Championship title when she was just 17 years old, and she shows no signs of stopping yet! With a total of seven world titles, she’s become known for her artistry and athleticism at competitions around the world. In Women in Sports: Stephanie Gilmore, you'll discover what makes her one of the greatest women in sports! 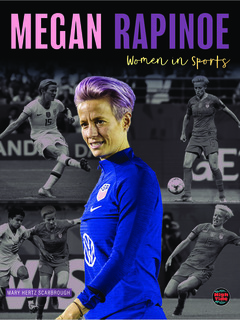 Two-time Women’s World Cup soccer champion and Olympic gold medalist Megan Rapinoe shines on the field and off! She wows fans with her brilliant skills and uses her fame to promote causes she’s passionate about. In Women in Sports: Megan Rapinoe, you'll discover what makes her one of the greatest women in sports! 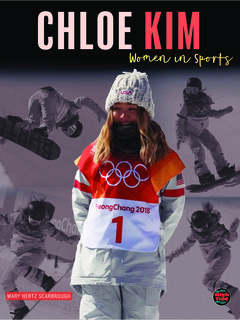 Snowboarder Chloe Kim rode to Olympic fame in 2018 with her unmatched combination of style and skill. Soaring 10 to 15 feet above the pipe, she’s one of the best snowboarders in the world, if not the best! In Women in Sports: Naomi Osaka, you'll discover what makes her one of the greatest women in sports! 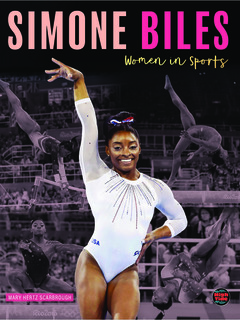 At 12 years old, Simone Biles was already giving her all to gymnastics. Her passion and drive for the sport pushed her to become the most decorated gymnast in the world. In Women in Sports: Simone Biles, you'll discover what makes her one of the greatest women in sports! 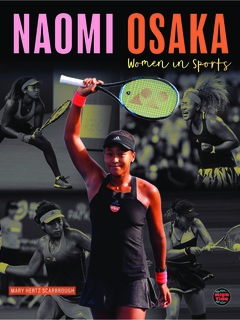 On the court, Naomi Osaka is known for her fierceness. Off the court, she’s known for her upbeat attitude and quirky sense of humor. The tennis star has defeated some of the toughest and best-known players in the world, and she plans to be around for many years to come! In Women in Sports: Naomi Osaka, you'll discover what makes her one of the greatest women in sports! 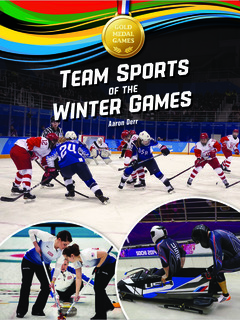 Team Sports of the Winter Games

At the first Winter Games in Chamonix, France in 1924 only a few countries were represented by a dozen or more athletes. Today, about 3,000 athletes from nearly 100 countries compete in the Winter Olympic Games. These athletes compete in more than 100 events. The games showcase the strength, skills, stamina, and endurance of amazing athletic teams from around the world. 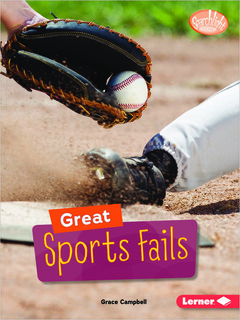 Sports are all about great strategy and overcoming obstacles, right? Not always! Sometimes failures in sports are as exciting as successes. Learn about the biggest fails—from an NFL team blowing a 35–3 lead in a playoff game to the Boston Red Sox selling Babe Ruth to the New York Yankees. Discover how athletes and teams have dealt with failure and how they've improved after their mistakes. 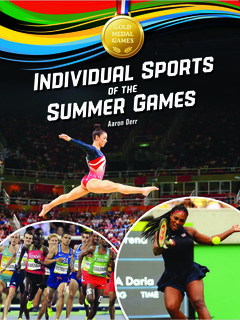 Individual Sports of the Summer Games 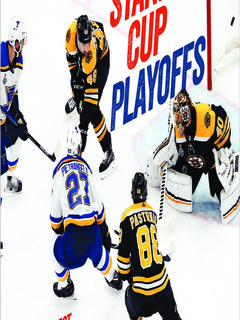 Hockey is a thrilling, fast-paced sport, and the action gets even more intense during the Stanley Cup Playoffs. Fans can't get enough of the booming slap shots, the devastating body checks, and the overtime finishes. The Stanley Cup Playoffs: The Quest for Hockey's Biggest Prize covers it all with exciting text and vivid photos. The greatest games, the biggest moments, and the most incredible goals are all here. Join Wayne Gretzky, Alex Ovechkin, and more hockey superstars of the past and present on a fun journey through the Stanley Cup Playoffs. 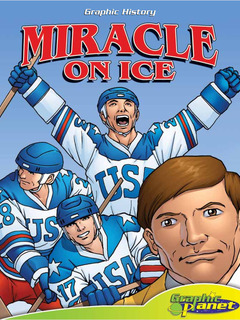 New York, 1980. Though the world was in turmoil, the U.S. Olympic hockey team united Americans on February 22. The Soviet Union had dominated Olympic hockey and they were aggressively invading the Middle East. Many felt the Soviets were unstoppable. Skate with the 20 young American men who made history when they did just that in this inspiring graphic novel. Maps, timelines, glossaries, and indexes make these titles an exciting addition to classroom discussion. 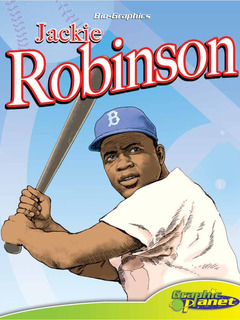 Graphic novels aren't just for superheroes! Jackie Robinson has been plucked from history books and his life and accomplishments have been depicted in informative nonfiction graphic novels. The subject's birth, childhood, education, and baseball career have been skillfully told with detailed art. Further reading lists, timelines, glossaries, and indexes make these titles useful in classroom discussion. 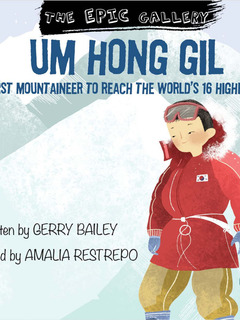 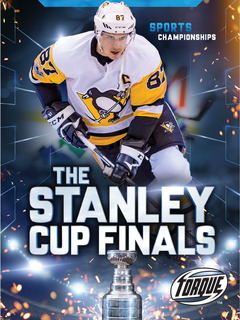 The Stanley Cup is a traveling trophy! It moves between the players of the winning team. The Cup has been on boats and planes, and has even been overseas to support the U.S. troops! The rules and history of the action-packed Stanley Cup Finals are explained in this engaging title. 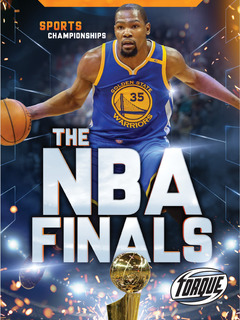 Bright lights shine on the court of Game 7 of the 2016 NBA Finals as LeBron James leads the Cavaliers against the Warriors. The game is neck-in-neck until, out of nowhere, James flies through the air to block a shot! The Cavaliers take home their first NBA Championship! In this book, readers will learn about the road to the finals and the championship’s beginnings amidst action-packed photos. 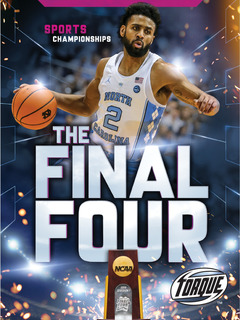 The Tarheels are down by two against the Bulldogs with minutes left to go. After a series of strategic moves and a slam dunk, North Carolina becomes the 2017 NCAA Men’s Basketball Champion for the sixth time! It’s games like these that make the NCAA tournament and the Final Four round unforgettable. In this action-packed title, striving readers will learn about the rules and history of the tournament while taking in exciting facts and records.