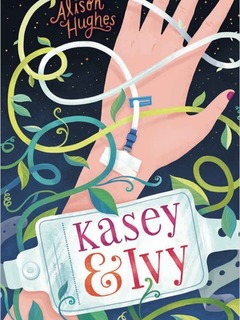 Courage on the Causeway

Gabby finds herself in a courageous situation when she is exploring the causeway and thinking about things that are bothering her. Someone needs help and she's the only one around who knows the causeway well enough to save the person.

When a tiger cub goes missing from the reserve, Neil is determined to find her before the greedy Gupta gets his hands on her to kill her and sell her body parts on the black market. Neil's parents, however, are counting on him to study hard and win a prestigious scholarship to study in Kolkata. Neil doesn't want to leave his family or his island home and he struggles with his familial duty and his desire to maintain the beauty and wildness of his island home in West Bengal's Sunderbans. 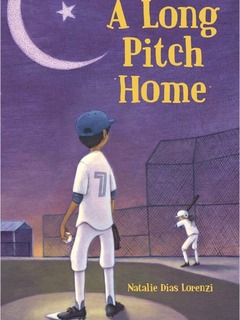 Ten-year-old Bilal liked his life back home in Pakistan. He was a star on his cricket team. But when his father suddenly sends the family to live with their aunt and uncle in America, nothing is familiar. While Bilal tries to keep up with his cousin Jalaal by joining a baseball league and practicing his English, he wonders when his father will join the family in Virginia. Maybe if Bilal can prove himself on the pitcher’s mound, his father will make it to see him play. But playing baseball means navigating relation-ships with the guys, and with Jordan, the only girl on the team—the player no one but Bilal wants to be friends with. A sensitive and endearing contemporary novel about family, friends, and assimilation.

Combining biographical profiles with poetry selections, this revised and updated selection of Voices in Poetry highlights the extraordinary lives and talent of some of the world’s most influential poets. From Shakespeare’s classic love sonnets to Hughes’s songs of the African American experience, this series introduces readers to six unique poetic voices from multiple perspectives by featuring full-length poems or excerpts from larger works and examinations of the author’s style and thematic material. This title provides an exploration of the life and work of 19th-century American writer Walt Whitman, whose poetry is known for both its passionate celebration of American life and its direct, speechlike style.

Combining biographical profiles with poetry selections, this revised and updated selection of Voices in Poetry highlights the extraordinary lives and talent of some of the world’s most influential poets. From Shakespeare’s classic love sonnets to Hughes’s songs of the African American experience, this series introduces readers to six unique poetic voices from multiple perspectives by featuring full-length poems or excerpts from larger works and examinations of the author’s style and thematic material. This title provides an exploration of the life and work of 20th-century American writer Langston Hughes, whose poetry is known for its accounts of the African American experience and its call to racial equality.