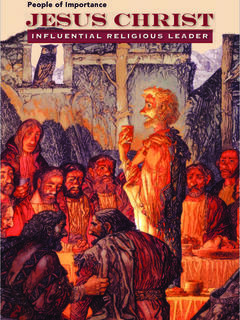 During his lifetime, Jesus Christ worked hard to teach the world about love and the meaning of life. More than 2,000 years later, his teachings and ideas still form the foundation of one of the worlds largest religions, helping and guiding hundreds of millions of people around the world. Jesus life was marked by his sacrifices for others, and it can still be an example to people everywhere, no matter their religious beliefs. Learn the story of one of history's most important religious teachers in Jesus Christ: Influential Spiritual Leader. 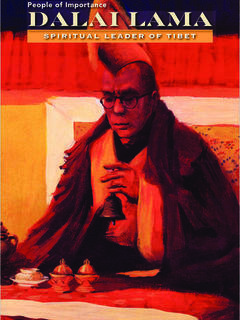 In 1937, a group of Tibetan monks searched for a young boy who was the reborn soul of the Dalai Lama, their nations spiritual and political leader. After the monks found the boy living in a small cottage, he moved to a mountain palace and became the fourteenth Dalai Lama. The Dalai Lama lived as a monk, meditating and praying, advocating love and peace. After China tried to invade Tibet, the Dalai Lama had to escape his homeland and go to India, where he would spend many years working to free Tibet from Chinese control. Learn the story of one of the worlds most important spiritual leaders and peace activists in Dalai Lama: Spiritual Leader of Tibet. 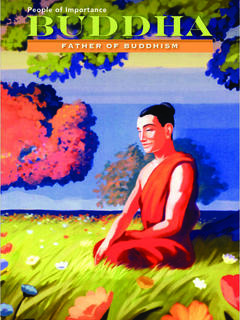 At the age of 29, a man named Siddhartha left his home near the Himalayan Mountains. Born to a noble family, Siddhartha wanted to leave his luxurious life to better understand suffering and pain. After six years of prayer and fasting, Siddhartha found enlightenment by letting go of the desires that cause pain. Siddhartha became Buddha, and began teaching his ideas to any who would listen. Today, Buddhism is one of the worlds largest religions, with followers around the globe. Learn the story of one of the most influential spiritual leaders of all time in Buddha: Father of Buddhism. 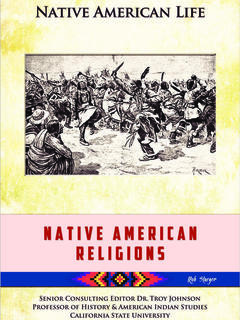 While Native American religious beliefs vary from tribe to tribe, the one thing they have in common is a belief in a higher power. This power has many names: Manitou, Wakanda, Sila, or even just the Great Spirit. This book discusses the various beliefs held by tribes in each region of the Americas. It also describes some of the important rituals practiced in each religion.