Everybody loves a scary story and nobody more than kids, but these tales collected from kids themselves - are particular favorites. These traditional scary stories are the ones that kids ask for the most. Children love to hear how Wylie outwitted the terrible Hairy Man, how Skunnee Wundee and an unexpected friend got the best of the fierce Stone Giant. Shivery stories of vengeful ghosts, spooky stories of witches and spirits, and giggly stories that turn fear into fun are part of this collection. Symbols precede each story to indicate the most appropriate age group. The stories in this multicultural collection come from the Ozark Mountains, the desert Southwest, even Japan and Hawaii, as well Native American tribal stories, Yiddish tales, and even Laotian legends.

Born on January 1, 1900, on a family farm in the mountains of North Carolina, Medford McGee grows up awestruck by the rapid changes that blazon the New American Century and the promise of new opportunities that come along with these changes .

In this new millennium, we are faced with a critical question: are we willing to work together to ensure the survival of the planet? Eleven ancient stories address this challenging issue through tales of natural elements such as Sun, Moon, Stars, Ocean, Wind, Fire, Mammals, Reptiles, Birds, Insects, Rocks, Trees, and Humans.

If you love animal stories or like turtles, then this collection of eleven turtle stories is for you. Turtle carries the world on her back: this story has been told by different cultures around the world for generations. Like Mother Nature, Turtle is unhurried, wise, and enduring. She walks on land, swims in water, and breathes the air and so embodies three of the four elements of creation. We have much to learn from Turtle in these timeless, classic turtle stories.

This collection of traditional tales and proverbs from over twenty ethnic groups touches upon both human and ecological themes such as environmental protection, the care of other creatures, and the connection of all things in nature.

In this book, the award winning author shares humorous childhood memories of Christmas with his family in rural Appalachia.

A humorous collection of modern urban myths and legends grouped under chapters as "School Days," "The Home Front," "Scary Stories," "Scams and Conspiracies," and "Dumb Luck and Bad Breaks.

This collection of humorous folktales from around the world share one common feature: the character of a fool.

Appalachian humor can be dry, colorful, and earthy. The chapters vary greatly ranging from topics of Love and Marriage; Schools, Religion; Lawyers; Mountaineers and the Law; Animals and Hunting; Mountaineers and City Folks; Health and Medicine; and Rural Life. 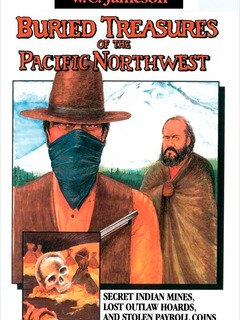 This collection of classic and timeless short folktales from Mexico, Israel, Poland, and other parts of the world, demonstrates wisdom and justice.

Tales to Frighten and Delight

A collection of nine traditional scary stories from various parts of the world, including Japan, Uruguay, and other countries. The stories are sure to entertain young readers.

Buried Treasures of the Ozarks

This collection brings together 43 legends from Arkansas, Missouri, and Oklahoma - stories about fabulous mines abandoned by De Soto's soldiers; ingots carried partway across the Ozarks long ago, stashed in some moment of danger and never recovered; lodes of precious metal known only to local Indians; and thieves and murderers' plunder that still lies hidden underground.