Gallipoli and the Southern Theaters

This exciting graphic novel traces three historic battles in Turkey and Balkans during World War I: The First Battle for Serbia, November 15, 1914; Heroism at Lone Pine, Gallipoli, August 9, 1915; and The Rout at Caporetto, October 24, 1917.

On the Eastern Front

This thrilling graphic novel recounts three historic land battles in Russia and Eastern Europe during World War I: Encirclement - The Battle of Tannenberg, August 23, 1914; Captured in the Brusilov Offensive, July 28, 1916; and The Bolsheviks Storm the Winter Palace, November 8, 1917.

On the Western Front

After World War II ended, control of Korea was divided between the United States, who occupied the southern part, and the Soviet Union, who occupied the north. Tensions between the two new countries escalated until North Korea invaded South Korea in 1950. This book describes battles between American and United Nations forces and Soviet, North Korean, and Chinese forces for control of the entire Korean Peninsula. Featured stories include: Helicopter Rescue Behind Enemy Lines,September 4, 1950; The Relief of Fox Company: Battle of Chosin Reservoir,December 2, 1950; and Dueling on the Deck in the Battle of "Mig Alley", September 15, 1952.

The Soviet War in Afghanistan

When the Soviet Union invaded Afghanistan in 1979, the United States was in the middle of a war of words with Afghanistans neighbor Iran. The U.S. government along with many other countries supported the rebels in an attempt to remove the influence of the U.S.S.R. from this region. The conflict escalated tensions in the Cold War until reformer Mikhail Gorbachev was elected to the Soviet government in 1985. Featured stories include: Firefight in the Battle for Kama, February 19, 1983; Assault on the Panjshir Valley, April 30, 1984; and Stinger vs. Hind, September 26, 1986.

As the Soviet Union attempted to expand the influence of communism around the world, the United States responded with a policy called "containment" to prevent it. The war in Vietnam was a Cold War conflict that saw North Vietnam, supported by its communist allies, invade South Vietnam, supported by the United States and other anti-communist countries. Featured stories include: Rescue at LZ Albany, November 17, 1965; Close Call in the "Street Without Joy", February 21, 1967; and Double Gun Kill, November 6, 1967.

Learn what it takes to become a pararescue jumper in the U.S. military.

Learn what it takes to become a member of the U.S. military's special operations forces.

Learn what it takes to become an aircraft pilot in the U.S. military.

Learn what it takes to become an avionics technician in the U.S. military.

Learn what it takes to become a drone pilot in the U.S. military.

Learn what it takes to become a helicopter crew chief in the U.S. military. 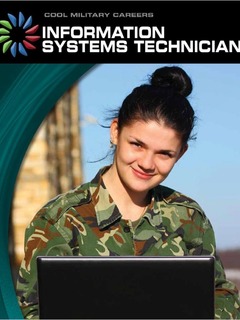 Learn what it takes to become an information systems technician in the U.S. military.

Learn what it takes to become a motor transport operator in the U.S. military.

How Does It Fly? Bomber Plane

Discover what makes bomber planes different from regular airplanes and learn how they have been used throughout history.

How Does It Fly? Fighter Plane

Since airplanes were first invented, they have often been used for military purposes. Learn about different kinds of fighter planes and find out how they are different from regular planes. 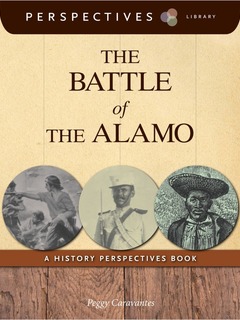 This book relays the factual details of the Battle of the Alamo that took place in 1836 during the Texas Revolution. The narrative provides multiple accounts of the event, and readers learn details through the point of view of a Texan army commander, a Mexican soldier, and a survivor at the Alamo. The text offers opportunities to compare and contrast various perspectives in the text while gathering and analyzing information about a historical event.

This book relays the factual details of the Japanese internment camps in the United States during World War II. The narrative provides multiple accounts of the event, and readers learn details through the point of view of a child at an internment camp, a Japanese-American soldier, and a worker at the Manzanar War Relocation Center. The text offers opportunities to compare and contrast various perspectives in the text while gathering and analyzing information about a historical event.