A Letter for Mr. Lincoln

Elizabeth is a girl who might have lived next to the boardinghouse where President Lincoln died after being shot at Ford's Theatre. This book is the story of what Elizabeth saw that fateful night.

A celebration of the words, phrases, and idioms that Shakespeare invented and the contributions he made to the modern-day English lexicon. The Bard of Avon is responsible for such familiar phrases as "what's done is done" and "too much of a good thing." He even helped turn "household words" into household words. As readers will discover, "the long and the short of it" is this: Will changed the English language forever. Will's words pop up all over the place!

The Million Stories of Marco Polo

Among the millions of stories ever told, the tales of the legendary explorer Marco Polo are the most renowned. Listen as an old-time scribe tells his curious young neighbor about stories that are worth remembering. 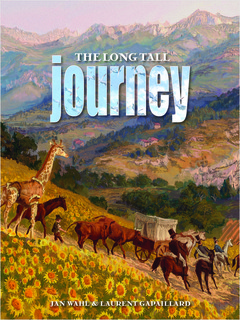 In this tale inspired by true events, a giraffe journeys from its home in Africa to a 19th-century menagerie in France, encountering curiosities and establishing a new purpose in life.

With a nose for adventure and an eye on history, Homer Henry Hudson travels the world for pieces to add to his exhibits at the Curio Museum. Author and illustrator Zack Rock crafts a tale brimming with curiosities, not the least of which is the true identity of the museum’s canine caretaker, who, as he reflects on the exotic collection at his paws, becomes inspired to venture out into the unknown once again.

12 Authors Who Changed the World

Showcases the work and achievements of 12 of the world’s most influential authors. Each spread contains fascinating facts about each author and how their accomplishments helped change the world.

Each Origins: Urban Legends: Creatures eShort is a single chapter from the full Creatures title, packaged as a mini eBook. Creatures eShorts include Sasquatch, Snallygaster, Ogopogo, and Jersey Devil.

In this title from Full Tilt’s Origins series, readers will explore the true history behind four legendary creatures: the sasquatch, ogopogo, Jersey devil, and snallygaster. Urban Legends: Creatures guides students as they separate fact from fiction.

One girl's journey from wealth to poverty changes her perspective during the Great Depression.

A class project opens a girls eyes to the issues surrounding U.S. involvement in the Vietnam War when she meets a military veteran.

A young newsie's perfect summer is marred by a run-in with gangsters in the 1920s.

A Time for Change

A family's move to the South brings a young African American into the hub of racial inequality.

Not On My Watch

Historical novel set during Industrial Revolution about child labor at a watch factory.

Girl in the Hay

A young boy meets a runaway slave in this historical novel set during the Civil War.

Compares and contrasts some of basketball's most popular players from past to present through engaging text and dynamic infographics, charts, timelines, photos and strong reading level control.

Explores the baseball career of Jose Altuve and his place in the rich history of Latino MLB players: With stats, charts, infographics, timelines, and strongly controlled text. 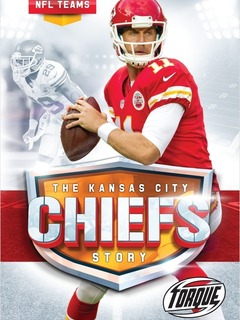 Lamar Hunt, founder of the American Football League, was the first owner of the Kansas City Chiefs, previously known as the Dallas Texans. For the sake of the league, he moved the team to Kansas City in 1963 where the franchise has remained ever since. After a successful start followed by an unfortunate period of loses, the Chiefs are striving to reach the top again. Read about the Chiefs’ journey in this title for young learners.