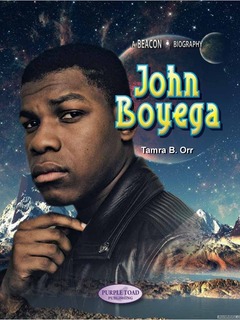 Millions of fans know him from Star Wars: The Force Awakens, now get to know the young man behind the light saber, John Boyega, and how he came to journey to a galaxy far, far away. 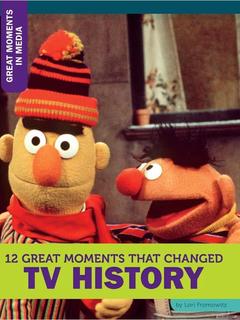 Investigates 12 great moments in the history of TV. Includes amazing facts along with information about key players and innovations. 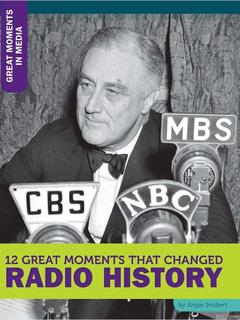 Investigates 12 great moments in the history of radio. Includes amazing facts along with information about key players and innovations. 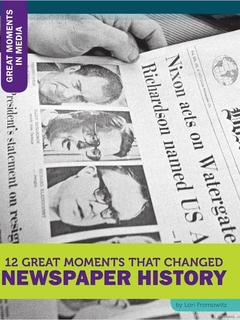 Investigates 12 great moments in the history of newspapers. Includes amazing facts along with information about key players and innovations. 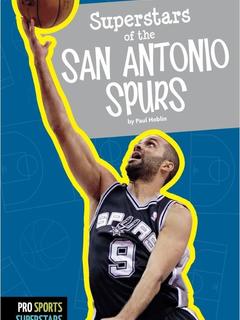 Superstars of the San Antonio Spurs

Presents some of the San Antonio Spurs’ greatest players and their achievements in pro basketball, including George Gervin, Tim Duncan, and Kawhi Leonard. 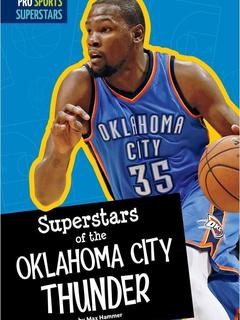 Superstars of the Oklahoma City Thunder

Presents some of the Oklahoma City Thunder’s greatest players and their achievements in pro basketball, including Gary Payton, Russell Westbrook, and Kevin Durant. 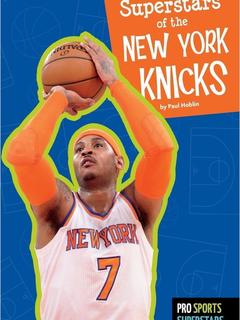 Superstars of the New York Knicks

Presents some of the New York Knicks’ greatest players and their achievements in pro basketball, including Earl Monroe, Amar’e Stoudemire, and Carmelo Anthony. 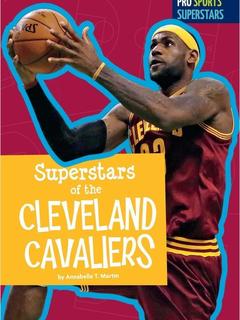 Superstars of the Cleveland Cavaliers

Presents some of the Cleveland Cavaliers’ greatest players and their achievements in pro basketball, including Austin Carr, Zydrunas Ilgauskas, and LeBron James. 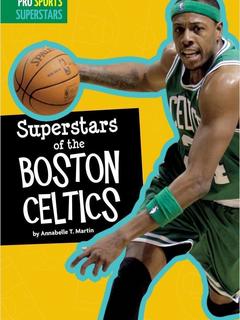 Superstars of the Boston Celtics

Presents some of the Boston Celtics’ greatest players and their achievements in pro basketball, including Larry Bird, Paul Pierce, and Jeff Green. 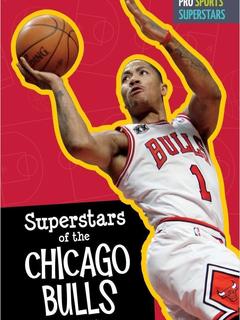 Superstars of the Chicago Bulls

Presents some of the Chicago Bulls’ greatest players and their achievements in pro basketball, including Bob Love, Michael Jordan, and Joakim Noah. 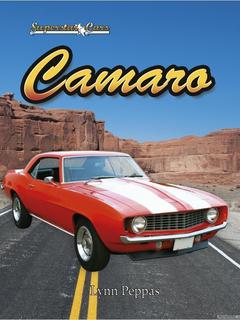 Learn about the Camaro, General-Motors muscle car with four distinct generations of design before 2002. Find out how this classic vehicle has been continually re-invented since its original heydey in the 1960s and '70s. Discover what makes this "pony car" unique with this in-depth look at the history, the legendary models, and the stats. 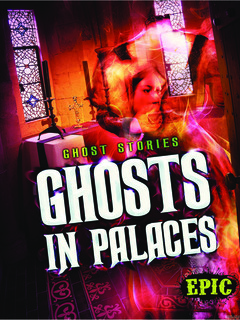 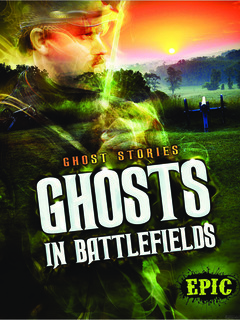 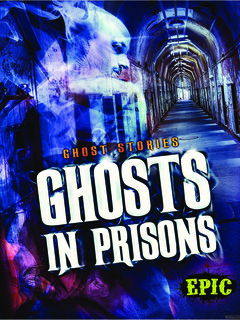 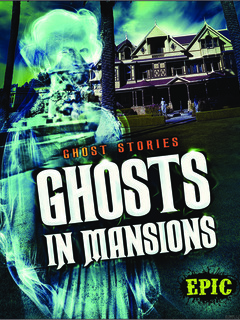 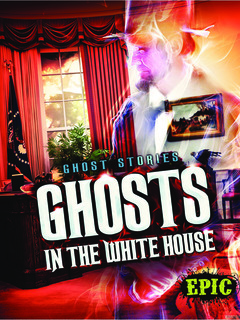 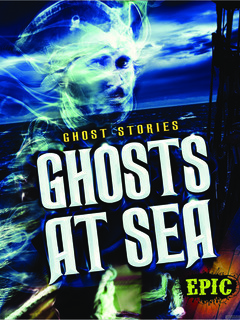 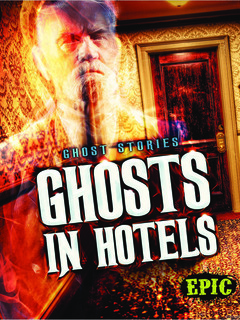 Who’s that knocking on your hotel room door? Is it room service or a ghostly visitor? Guests have recounted strange occurrences likes these during their stays at some hotels. This title introduces reluctant readers to some of these haunted encounters with unwanted hotel guests. 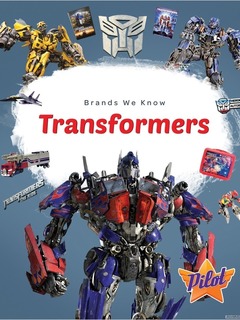 Alien robots from the planet Cybertron, Transformers characters have a fascinating backstory. They also have the special ability to alter their form for battle, morphing into weapons and machines. Advancing readers will be intrigued to learn more about how the Transformers brand has changed over the years. 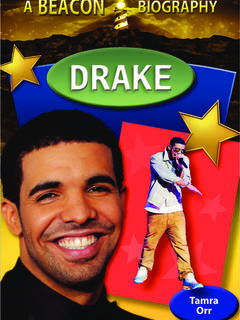 Drake was born with entertainment in his blood. His family loved music and he carried that love onto the stage. Today, Drake is a star on several levels. He is a famous face from his years on television, and a successful music artist. Even when a knee injury slowed him down, he got back up, got treatment, and got better, and returned to wow his fans one more time. Find out what led Drake to super stardom. 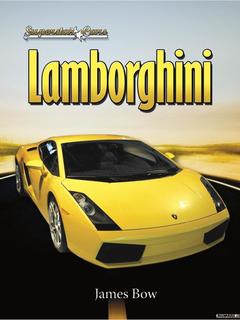 This engaging new title tells the story of Lamborghini from the humble background of founder Ferruccio Lamborghini to the brands modern reputation as one of the most stylish supercars. This title includes information about racing history, prototypes, and technical specifications. Stunning full-color photographs capture the essence of this coveted supercar. 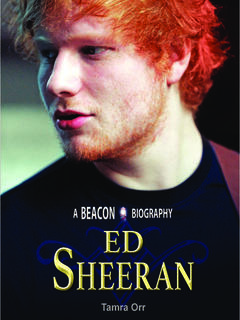 From the moment he picked up a guitar, Ed Sheeran knew what he wanted to do with his life. He wanted to create music, and nothing was going to stop him. The determined redhead left home to find success - but even he could not have dreamed of how much he would find. Follow his career from those first hungry days in London spent sleeping on the commuter train to playing in front of sold-out crowds at Wembley Stadium. Learn how this young musician manages to entertain thousands with nothing more than a guitar, his voice, and his incredible talent. 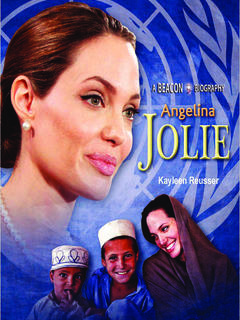 Angelina Jolie could have settled for becoming an Academy Award-winning actress. She could have been pleased enough portraying the villain-turned-heroine of Disney's smash film Maleficent. She could be quite happy being the mother of a large family she shares with her husband, actor Brad Pitt. But after a trip to Cambodia, Jolie was struck by the poverty she witnessed there, and decided to do something about it. For over a decade since, she has carried out dozens of field missions all around the globe. Jolie was named a United Nations High Commissioner for Refugees Goodwill Ambassador. She's funded schools, orphanages, and other centers dedicated to helping people in crisis. Discover how she encourages others to take action through web sites, newspaper ads, and charities, and see why this actor is even more magnificent than you might have imagined. 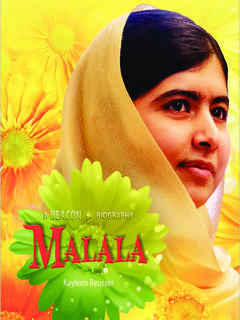 Nobel Peace Prize winner Malala Yousafzai, a young woman from Pakistan, was denied the privilege of attending school, shot by terrorists, and forced to leave her country. Her near assassination convinced Malala that God had kept her alive for a reason. She would continue to fight for children's rights to education. With 66 million children worldwide not attending school, Malala travels the world, inspiring politicians and other people to help them. "We should not lose hope," she said. "One child, one teacher, one book, and one pen can change the world." 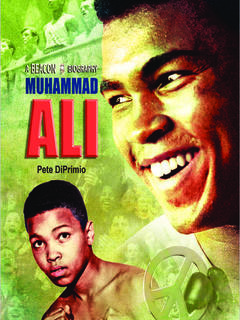 He was a man who fought like no other inside the ring, yet outside the ring he fought for peace. "The Louisville Lip" went on to become a three-time champion, beating some of boxing's greatest fighters, including Joe Frazier and George Foreman. He stunned the world when he beat Sonny Liston for the title. He stunned the world even more when he joined the Nation of Islam and changed his name to Muhammad Ali. He was stripped of his title and banned from boxing for refusing to join the military because of his religious beliefs, then returned to become one of the most famous athletes in history. Not even Parkinson's disease could stop him. A fighter, poet, civil rights leader, humanitarian, and more, Ali remains, in his own words, the king of the world.