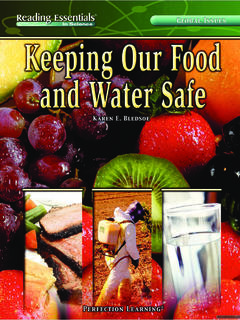 Keeping Our Food and Water Safe

This book takes a scientific look at keeping our food and water safe. Reading Essentials in Science. 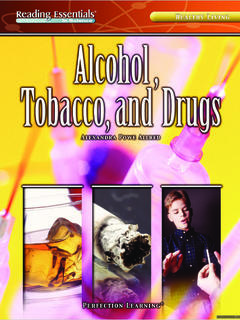 This book is an introduction to the harmful effects of alcohol, tobacco, and drugs. Reading Essentials in Science. 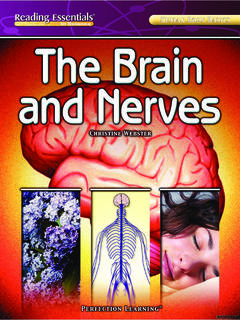 This book explains what the brain and nervous system are and how they function in the human body. Reading Essentials in Science. 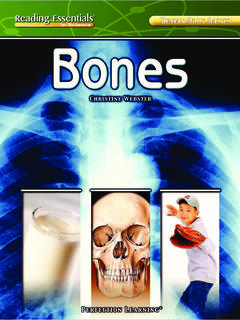 This book introduces bones and the human skeleton and explains their functions, which include supporting the body, giving it shape and structure, and protecting the major organs such as the heart and lungs. Reading Essentials in Science. 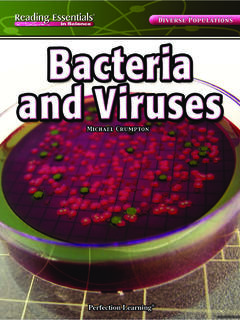 Bacteria are single-celled organisms with the ability to help and harm other living things. Viruses can only reproduce in host cells, often causing infections. Reading Essentials in Science. 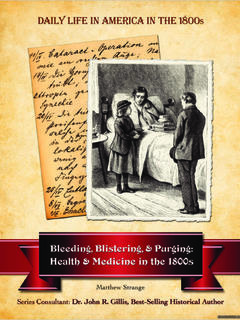 Bleeding, Blistering, and Purging: Health and Medicine in the 1800s

Medicine developed into a science in the 1800s, but it was a long evolution from folk remedies and superstition to a modern understanding of how the human body works and how disease is spread. Throughout much of the century, the life expectancy of the average American was decades shorter than it is now. A lack of understanding of simple hygiene contributed to the early death of many women after childbirth, and children routinely died of common childhood diseases like measles. An incorrectly treated broken arm could kill a healthy young man, and pain, disfigurement, and epidemic disease was the fate of many Americans. Traditional herbal remedies were sometimes the best treatments available, while patent medicines often contained toxic substances, and medical procedures were often painful, disgusting, and ultimately useless. The dedicated scientists and medical researchers of the 1800s made a tremendous contribution to the health and happiness of Americans. 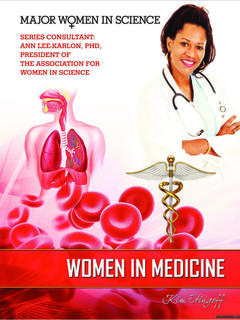 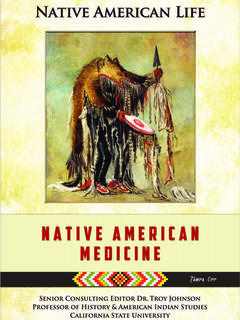 Native Americans have an incredibly rich store of knowledge when it comes to using herbs and plants to heal illness, treat injuries, and cure disease. In fact, some of their traditions have found a place in the modern medicines we use today. This book discusses the nature-based approach Native Americans took towards healing. It also examines important figures, such as shamans and medicine men, and explains some of the remedies and rituals that were conducted. 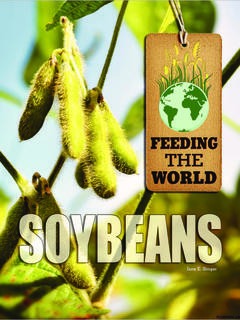 Maybe you've eaten fresh soybeans, but you probably eat a lot more soybeans than you think. Soybeans are found in a lot of foods. They're made into soy milk and tofu and vegetable oil. They're hidden in meat. Find out more about soybeans - how they're grown and how they're made into foods you eat every day. Discover the story of your food - where it was grown, who grows it, and how it gets to your plate. 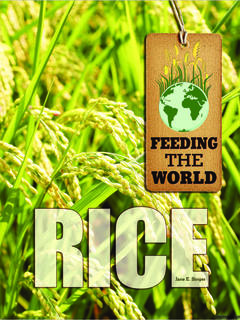 Rice is one of the most important foods in the world. In countries around the globe, lots and lots of people eat rice every single day. Find out where farmers grow rice, how its grown, and how it arrives at the grocery store. Discover the story of your food - where it was grown, who grows it, and how it gets to your plate. 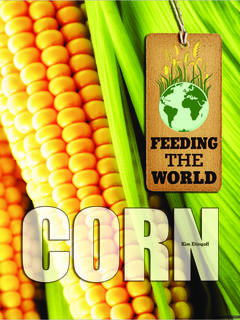 Do you like corn on the cob? What about popcorn? How about tortilla chips, cornbread, and cornflakes? You've probably eaten these foods made from corn, but you might be surprised to discover you eat a lot more corn than you think. Corn is also hidden in many other kinds of food, even in things like meat and applesauce. Corn feeds the world in lots of ways. Discover the story of your food - where it was grown, who grows it, and how it gets to your plate. 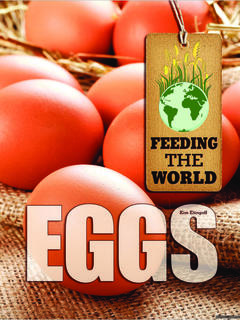 People all over the world eat eggs, mostly from chickens. Learn about the history of eating eggs and how we get our eggs today. Follow eggs as they make their way from chickens . . . to packing machines . . . to the grocery store . . . and finally to you! Discover the story of your food - where it was grown, who grows it, and how it gets to your plate. 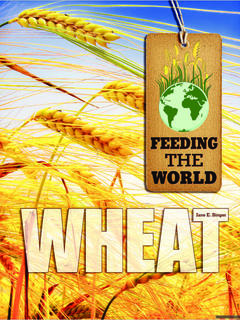 Wheat is a plant that most of us eat every day. The flour used to bake bread, cookies, and cakes is made out of wheat. Pasta and pizza crust are made from wheat flour too. We eat wheat in cereals and in snacks. Discover how all this wheat is grown, and how it gets from the field to the factory . . . and then to your kitchen. Discover the story of your food - where it was grown, who grows it, and how it gets to your plate. 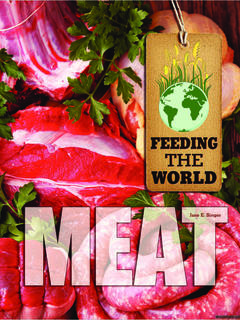 Many people eat meat every day. From steak to hamburgers, from turkey dinners to hotdogs at the baseball game, meat is a part of most peoples daily lives. Learn about the animals we eat, the places that produce meat, and the people who make it all happen. Discover the story of your food - where it was grown, who grows it, and how it gets to your plate. 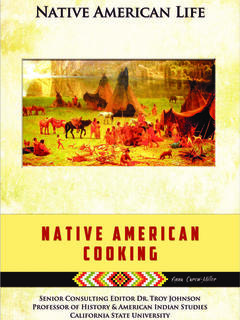 The diet of Native American tribes reflected the areas in which they lived. For some tribes, like those of the Pacific Northwest, salmon was a staple part of the diet; for the people of the Great Plains, the buffalo was hunted for food. This book discusses the foods common to various tribes as well as the cultural significance certain foods had for specific tribes. 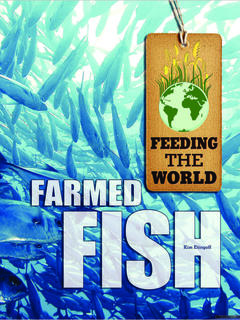 Lots of our food comes from farms, and so do fish! Some fish are caught in the wild, but we also eat fish that are raised on farms. Find out what fish farms look like, what fish farmers do, and how fish get from the farm to you. Discover the story of your food - where it was grown, who grows it, and how it gets to your plate. 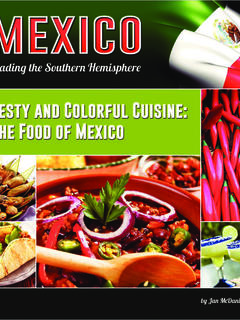 Zesty and Colorful Cuisine: The Food of Mexico

The Mexican cuisine of today originated thousands of years ago. The ancient Olmec and Mayan civilizations domesticated maize, beans, and chili peppers and developed the flatbread cakes known as tortillas. The Aztecs expanded the Mexican diet with other meats, fruits, and vegetables. As Spanish explorers conquered and colonized Mexico, European cooks introduced new ingredients, such as rice, wheat flour, and the meat of domestic animals like pigs, chickens, and cows. They also brought previously unknown methods of preparing food, such as frying. Today, Mexican cuisine is extremely popular far beyond the borders of the nation, and in 2010, the United Nations Educational, Scientific and Cultural Organization (UNESCO) declared Mexican cuisine to be an Intangible Cultural Heritage of Humanity. 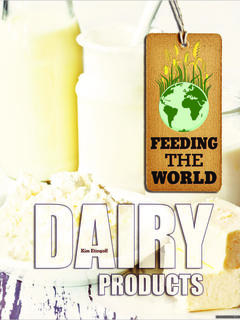 Most of us have a lot of reasons to say thank you to cows! Every time we drink a glass of milk, spread butter on our toast, or lick an ice cream cone, were eating dairy products - foods that come from cows milk. Find out how farmers get milk, what factories do to make dairy products, and how these foods reach your refrigerator. Discover the story of your food - where it was grown, who grows it, and how it gets to your plate. 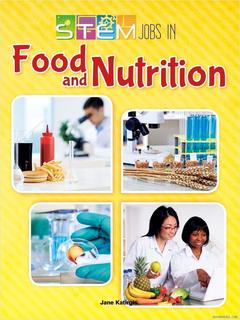 STEM Jobs in Food and Nutrition

This book discusses different STEM jobs that are found in food and nutrition, from agricultural engineers to food safety specialist. 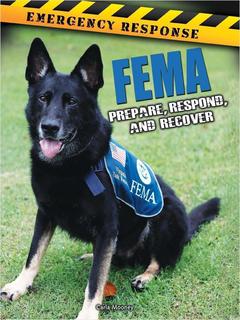 This book discusses how FEMA responds to all kinds of disasters and brings relief and help to people in need. 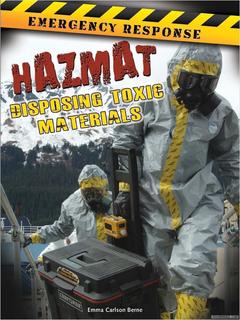 This book describes the training, techniques, and equipment used by hazmat teams. 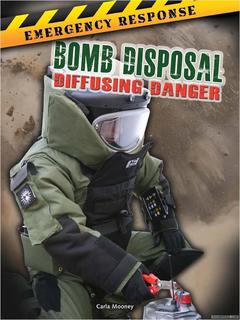 This book describes ways that bomb experts detect, disarm, and dispose of bombs. 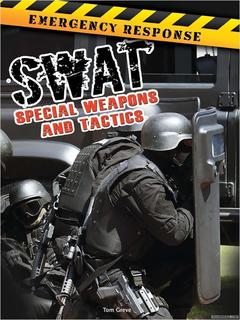 This book describes the skills, equipment, and training of SWAT teams. 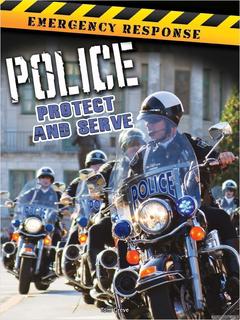 This book discusses the training, ranks, politics, equipment, and skills needed to be a police officer. 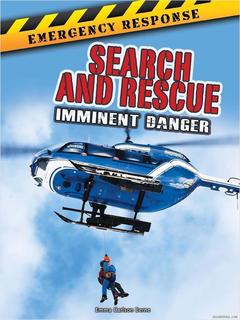 This book discusses the tracking devices and equipment used by search and rescue teams.