Have you ever wondered why you pay taxes on some things but not others? This book introduces readers to tax-paying. Real world examples help readers learn the importance of math skills for money management. Callouts prompt inquiry, further thinking, and close examination of photographs. Additional text features and search tools, including a glossary and an index, help students locate information and learn new words.

Campaign ads are inescapable, especially in election years. Asking Questions about Political Campaigns shows what goes into those ads, how successful campaigns get their messages across, and how political campaigns and the media influence each other. Case studies prompt inquiry, further thinking, and close examination of specific issues. Additional text features and search tools, including a glossary and an index, help students locate information and learn new words.

Readers will learn what it takes to succeed as an FBI special agent. The book also explains the necessary educational steps, useful character traits, potential hazards, and daily job tasks related to this career. Sidebars include thought-provoking trivia. Questions in the backmatter ask for text-dependent analysis. Photos, a glossary, and additional resources are included.

What are women's rights? Don't all women have the same rights as men? What are the consequences of gender inequality? Find out more about the legal and cultural practices that foster inequality and start thinking about what you think should be done to confront the issue. 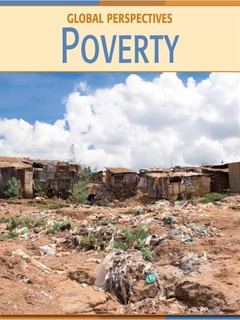 How do you measure poverty? What are the effects of poverty? What can we do to prevent poverty? Learn about poverty and its many faces around the world and to start thinking about what you can do about this global social problem.

Is immigration a basic human right? Does each country have the right to decide who can enter its borders? What is an illegal immigrant? Start learning about immigration and begin looking at the many different sides of this social issue.

Television shows have made the work of these scientists familiar to many people. These technicians unlock the clues to crime through science. Look inside to see what a crime scene investigator does, and what it takes to become one.

Law enforcement is keeping up with technology - and the criminals attempting to take advantage of it. Cyber cops use the latest electronic devices to track and find the bad guys.

Best-selling books and television shows have helped unlock the mystery behind the work of these scientists. Using amazing tools and techniques, these workers unlock the clues to solve a case. Look inside to explore what forensic scientists do and how they do it.

The right and privilege to vote give people great power. They can choose leaders and affect great change. Look inside for information about history for this right and its importance in the 21st century.

One of the key features in a democracy such as that in the United States is the right to elect our leaders. Certain groups in the United States have had to fight for this right. Look inside to learn about the history of American voting rights and the future of elections in the 21st century.