Did you know the first recorded chemist in history was a woman? Tapputi-Belatekallim lived about 1200 BCE and was the head perfumer for the King of Babylon—a big deal in ancient times when perfume was used in medicine and important ceremonies. This informative book offers an overview of the amazing, and often hidden or forgotten achievements of women in science, who developed vaccines and cancer treatments, and unlocked the secrets of nuclear power and DNA—the building blocks of life.

We’ve all heard of Alexander Graham Bell and Thomas Edison, but very few female inventors are household names. This fascinating book illuminates the history of women who used their brainpower and skills to produce important items we use ever day. Meet Hedy LaMarr, a famous Hollywood actress by day and inventor of a radio guidance system for torpedos by night. Marvel at the cleverness of Ng Mui, who developed the martial art known as Wing Chun, which later developed into kung fu.

There’s no doubt that women have always been a part of journeys of discovery, from Viking women crossing the ocean to new lands to trade caravans bringing goods through Africa. But there is slim mention of them in most history books. This exciting book digs up the history of the bold women who dared to travel all over the world, including multilingual Isabelle Eberhardt, who “obeyed her destiny” and traveled through the Algerian desert dressed as a man, and adventurous aviatrix Bessie Coleman, the first African-American woman to hold a pilot’s license.

This fantastic journey through the continent of South America helps show how humans affect, and are affected by, the environments in which they live. Readers will gain an understanding of the continent's various landforms, resources, and human activities. Examples featured include walking along the Inca Trail in Peru, riding a cable car in Bolivia, and taking a water taxi in Suriname.

This amazing journey through the continent of North America helps show how humans affect, and are affected by, the environments in which they live. Readers will gain an understanding of the continent's various landforms, resources, and human activities. Examples featured include dog sledding in Greenland, floating on a barge down the Mississippi River, and driving by truck along the Pan American Highway.

This engaging journey through the continent of Europe helps show how humans affect, and are affected by, the environments in which they live. Readers will gain an understanding of the continent's various landforms, resources, and human activities. Examples featured include traveling by train through a tunnel in the Alps, riding a water bus in the canals of Venice, and cycling along the Danube River.

This awe-inspiring journey through the continent of Australia helps show how humans affect, and are affected by, the environments in which they live. Readers will gain an understanding of the continent's various landforms, resources, and human activities. Examples featured include traveling on horseback through the Outback, bushwalking through Kakadu National Park, and flying by seaplane over the Great Barrier Reef.

This incredible journey through the continent of Asia helps show how humans affect, and are affected by, the environments in which they live. Readers will gain an understanding of the continent's various landforms, resources, and human activities. Examples featured include traveling on a high-speed train through China, sailing on a riverboat along the Mekong River, and walking in the Himalayas.

This stunning journey through the continent of Antarctica helps show how humans affect, and are affected by, the environments in which they live. Readers will gain an understanding of the continent's landforms, resources, and human activities. Examples featured include flying by helicopter to Bird Island, skiing to the South Pole, and sailing to the edge of the ice sheet.

This exciting journey through the continent of Africa helps show how humans affect, and are affected by, the environments in which they live. Readers will gain an understanding of the continent's various landforms, resources, and human activities. Examples featured include driving along the Trans-Sahelian Highway in West Africa, walking to get water in Malawi, and riding a camel in Morocco. 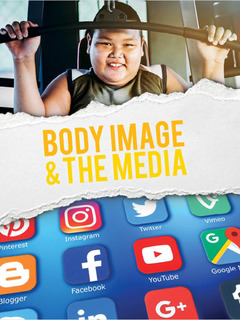 Body Image and the Media

Our views and opinions on many things are heavily influenced by our culture and what we see in the media. They can even shape how we see ourselves, including what is an acceptable or desirable body. Using relatable examples, this timely title explores the body image messages we receive from movies, video games, magazines, and social media, and how they affect our self-esteem.

Cultural beliefs surrounding illness and societal beliefs about how we should offer health care are discussed in this fascinating addition to the Our Values series. Discussions about the treatment of common diseases, as well as topics of interest, such as how a cast is made, are compared and contrasted with the way health care is provided throughout the world.

What are moral and legal rights and how are they recognized in our society? This engaging title explores what having “rights” means, while pointing out that we can’t have rights without also having responsibilities. A discussion about standing up for your rights will help readers understand the importance of individual rights and how they must be protected.

Do you see people who look and talk like you in media? Are the people who have the most influence on you your age, gender, ethnicity, or even body type? How do we understand ourselves if we don’t see ourselves represented in the world? Representation in Media takes a careful look at how point of view is crafted to represent the views and ideologies of just a portion of the population, and why lack of diversity in media should matter to us all. 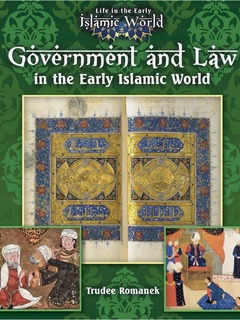 Government and Law in the Early Islamic World

This informative book looks at how early Islamic empires were governed. Fascinating topics explored include: the caliphs, or spiritual leaders; tolerance of other religions; non-Muslims paying taxes not to be in the Muslim army; sultans, palaces, and palace life; Sharia law; kings and queens in India; and the tribes and clans in Arabia and Kashmir.

This fascinating book explores the growth and spread of Muslim peoples from the early 600s to the end of the Ottoman Empire. Early Islamic empires spread from the Middle East to the far corners of Asia and into Europe. The stories of the Umayyds, Abbasids, Al-Andalus, Fatimids, Crusades, Mongols, Safavids, and the Moghul and Ottoman empires are revealed. Key conquests and battles including the Crusades are detailed.