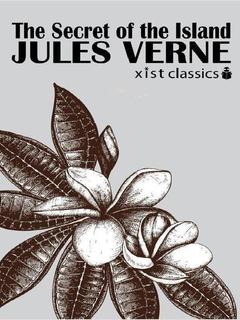 The Secret of the Island

The third novel in the 'Mysterious Island' trilogy follows the adventures of some British balloonists who have crashed on a remote Pacific island and struggle to survive among pirates and escaped convicts. 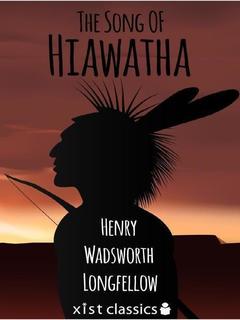 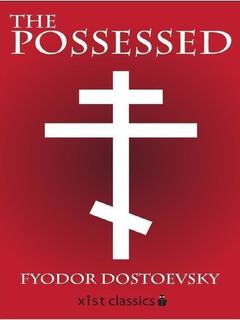 The Possessed or also called "Demons" is Fyodor Dostoevsky's novel about life in Russia at the end of the 19th century. In this highly political novel, Dostoevsky portrays the revolutionaries as demons or devils as they plot ruin and eventually turn on each other. 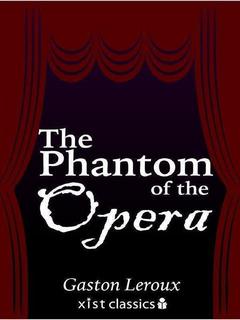 The Phantom of the Opera

The Phantom of the Opera by Gaston Leroux is a gothic novel that inspired the Andrey Lloyd Webber Musical. 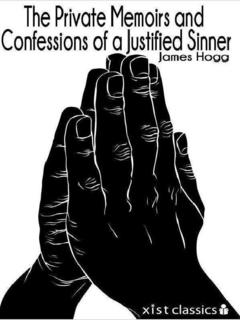 The Private Memoirs and Confessions of a Justified Sinner

An enigmatic figure by the name of Gil-Martin convinces Robert that he is an Elect - a soul bound to go to heaven no matter the deeds in life. How will Robert choose to live the rest of his days? As a pious and modest man waiting for his heavenly reward or as an despotic, vile and sinful person? 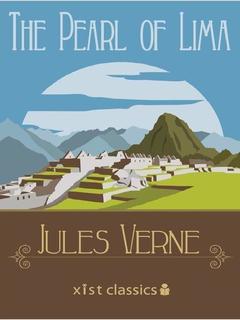 The Pearl of Lima

A short romantic novel with a true story-teller's method of recounting tales. 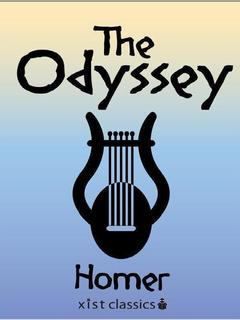 Homer's Odyssey is a ancient Greek epic poem and the sequel to The Iliad. Attributed to Homer, the edition has been translated as prose by Samuel Butler. The Odyssey tells the story of the Greek hero, Odysseus, and his journey home after the fall of Troy. 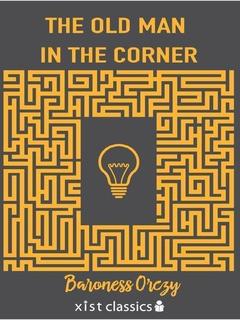 The Old Man in the Corner

Baroness Orczy isn’t only known for the famous adventure novel The Scarlet Pimpernel. She also gave life to one of the most nonconformist passive detectives you’ll ever find in literature. The Old Man in the Corner isn’t your average Sherlock Holmes; he is a nameless protagonist who sits in the corner of a London tea shop talking to a journalist about murder cases. He doesn’t trust the English police and their ways to solving a crime. Instead, he relies on logic and human behavioral patterns to identify to true killer. 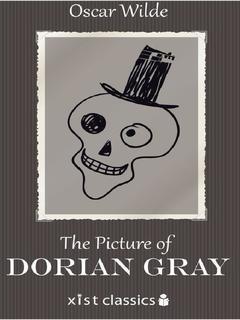 The Picture of Dorian Gray

The Picture of Dorian Gray is the only novel written by Oscar Wilde, and at the time of publication in 1891, it offended the moral sensibilities of the British. The novel tells the story of Dorian Gray, who sells his soul so that his beauty will never fade. 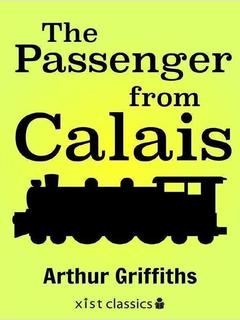 The Passenger from Calais

In The Passenger from Calais by Arthur Griffiths, Colonel Basil Annesley discovers that he is the only passenger traveling on the Engadine Express. When a mysterious woman shows up last minute with a servant and an infant Colonel Basil can only wonder what she is running from and where she might be headed. 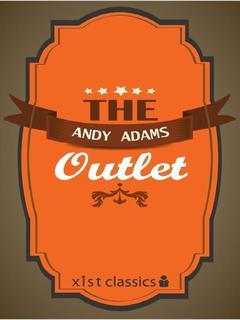 The Outlet is an account of a drive when Andy Adams was the foreman of a herd of Texas cattle being driven to Montana. 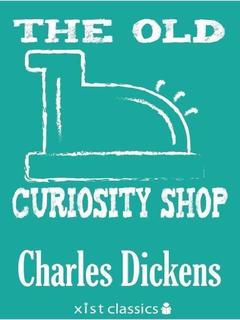 The adventures of Nell Trent and her grandfather, both residents of The Old Curiosity Shop in London, that go on a journey with no destination. The novel focuses on the people they meet and connect on the way. 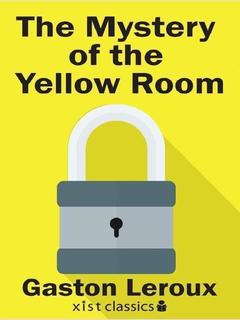 The Mystery of the Yellow Room

The door is locked and the windows are barred--how did the attacker escape? In The Yellow Room by Gaston Leroux, a template for detective novels in the last hundred years was established. This novel is a fun mystery read that is sure to surprise and delight fans of whodunit fiction 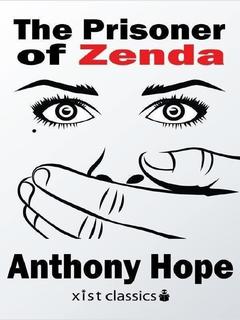 The Prisoner of Zenda

Rudolf Rassendyll is a life-tested Englishman visiting a small Central European kingdom named Ruritania. The soon-to-be king of Ruritania, Rudolf, fourth of his name, shares many physical features with the Englishman, but because of his royal blood, he remains naïve and unchallenged. His evil brother, Prince Michael hates him and doesn’t want Rudolf to take the crown. So he kidnaps him, leaving him in the small town of Zenda. Luckily for Ruritania though, Rudolf Rassendyll is willing to save the day. 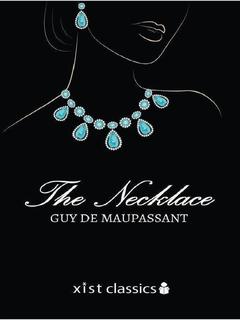 The Necklace and Other Short Stories

Madame Mathilde Loisel is displeased: she cannot go to a fancy party because she doesn’t have anything to wear. Her husband tries to help her and gives her money to buy a new dress. She insists she also needs jewels so she borrows a diamond necklace from her friend, Madame Jeanne Forestier. After the party, Mathilde realizes that she lost the stunning necklace 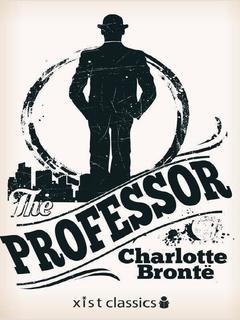 Charlotte Bronte's The Professor is the story of William Crimsworth, his maturation, his loves and his eventual career as a professor at an all-girls school. 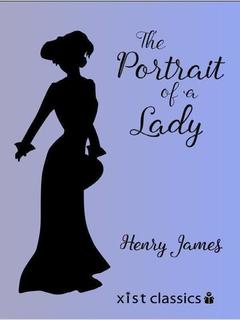 The Portrait of a Lady

After the death of her father, Isabel Archer, a young American lady with many hopes and dreams decides to visit her aunt in England. Isabel wants to be independent and rejects the marriage proposals of two wealthy men. Her cousin wants to help her so he convinces his father on his deathbed to leave much of the estate to Isabel. Can the Lady finally fulfill her dreams? 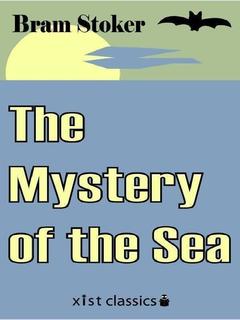 The Mystery of the Sea

The Mystery of the Sea by Bram Stoker contains the same compelling elements as “Dracula”. It’s a mixture of adventure, romance, mystery, and fantasy. 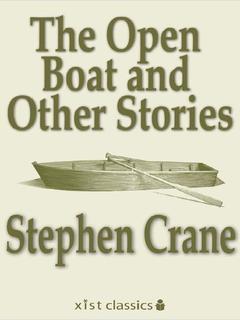 The Open Boat and Other Stories

The Open Boat is a true story about Crane’s traumatic experience of surviving a shipwreck. He along with other three men were stranded at sea for 30 hours before trying to reach dry land. Experience alongside the four characters what it really means to be on the brink, when not even God is able to save you. 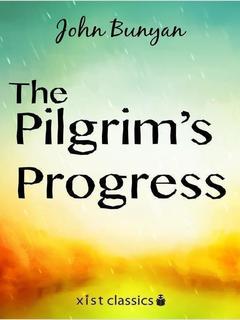 The Pilgrim's Progress by John Bunyan is one of the most significant works of English literature. Originally published in 1678, this allegory is the classic story of Christian (an everyman character) and his search for redemption. This edition has be edited by Dr. Jesse Lyman Hurlbut with simplified (yet still elegant and complicated) language for both children and adults. 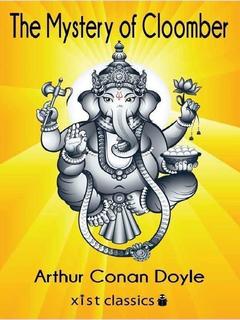 For many years uninhabited, the remote Cloomber Hall becomes the residence of General Heatherstone and his family. Surprisingly, the General avoids any human interactions and forbids his family to leave their new home. What is he hiding? 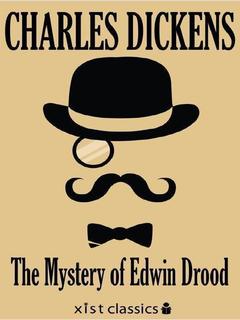 The Mystery of Edwin Drood

WARNING: The novel has never been finished as Dickens died before writing the actual ending. Edwin Drood mysteriously disappears after one night of reconciliation leaving many unanswered questions. Only his watch, chain and shirt pin are found. Who killed him? Was it the opium-addict uncle madly in love with Edwin’s betrothal, Rosa? Or maybe jealous Neville Landless who apparently made peace with Drood on the night of his disappearance. 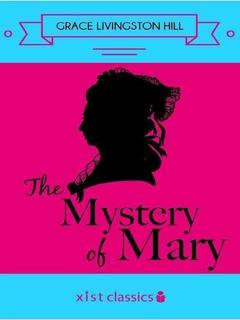 The Mystery of Mary

Tryon Dunham's just been approached by a beautiful young woman at a train station. She's in danger and he wants to help, but before he can learn any more about her than her name and her flight to Chicago, she's gone. Will Tryon be able to find Mary? 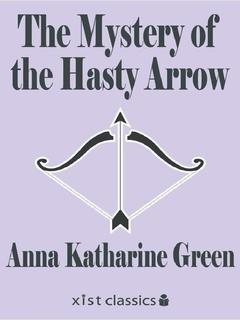 The Mystery of the Hasty Arrow

In The Mystery of the Hasty Arrow, a teenage girl is discovered dead with an arrow through her heart in a museum. The museum is closed and all the visitors are locked while the case is being investigated. Can you solve it first? For fans of Agatha Christie and other cozy mysteries 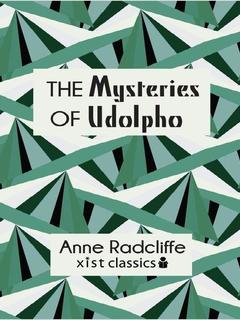 The Mysteries of Udolpho

The Mysteries of Udolpho by Anne Radcliffe is about Emily St Avubert. The books follows Emily thru the death of her father, and supernatural terrors.