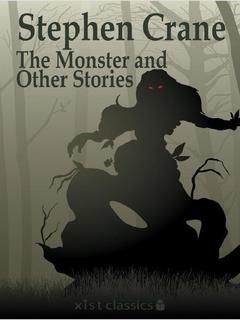 The Monster and Other Stories

The Monster is the story of an African-American who saves his master’s son from a fire and is severely disfigured in the process. The Blue Hotel tells the troubles of a man after staying at a hotel while His New Mittens presents the world as a young child sees it. 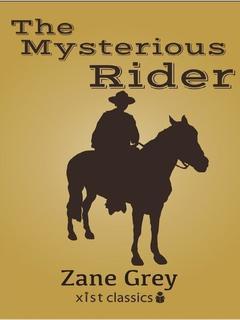 Rancher Bill Belllounds has a plan: he wants to marry his boy, Jack with Columbine, a girl found in the wilderness and brought up by Ol’ Bill. However, his plan is ruined by the coming of one Mysterious Rider nicknamed Hell Bent Wade. That’s when Jack’s true character begins to surface. 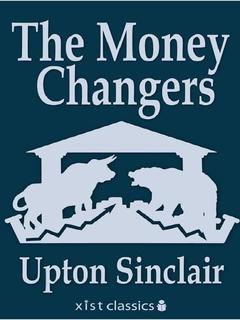 Lucy Dupree is new in the fabulous city of New York and wants to meet the big boys of Wall Street. So she asks Allan Montague, a childhood friend, for help. This is how she is introduced to two major brokers who control the market. The two try to destroy each other in order to win Lucy even if that means crushing the market. Upton Sinclair's The Money Changers takes a surprisingly modern look at Wall Street. 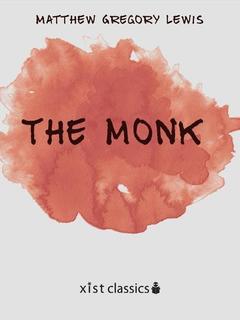 The Monk: A Romance

The Monk: A Romance by Matthew Gregory Lewis is a gothic romance that combines a morality tale with a horrifically violent plot. When a monk condemns a young girl who has become pregnant out of wedlock, she curses him to fall to his own immorality. He later falls in love and it proves his undoing in this intricate and compelling narrative. 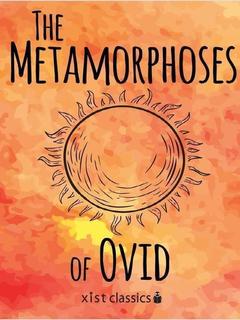 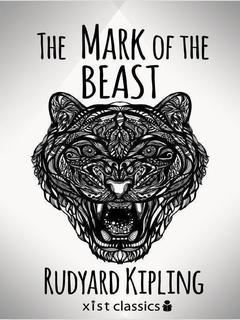 The Mark of the Beast

The Mark of the Beast by Rudyard Kipling is a short horror story set in mystic India where things are not always as they seem. One New Year’s Eve, a group of British friends get drunk at a club. One of them, Fleete, is so drunk that he desecrates the temple of the Monkey God. A leper priest bites him as punishment and Fleete begins to act strangely. 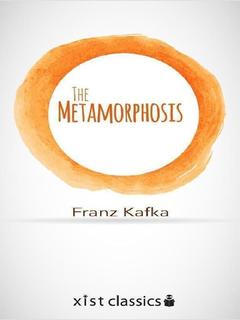 Gregor awakens one morning and has been transformed into a monstrous, insect-like creature. The Metamorphosis by Franz Kafka is one of the strangest pieces of 20th century literature and required reading in many high school and college English courses. 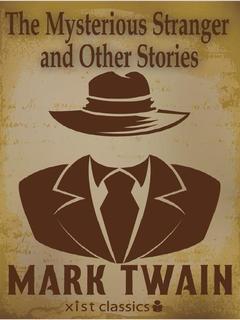 The Mysterious Stranger and Other Stories

The Mysterious Stranger and Other Stories is a collection of nine short stories meant to divulge the human’s wicked nature. The Mysterious Stranger is more of a novella in which Satan observes - yet doesn’t intervene - the human kind. He speaks of our precarious morality and fear and also about our innate compulsion of following the boldest and at the same time the most impulsive individual, thus acting more like sheep than wolves. Isn’t there any hope? 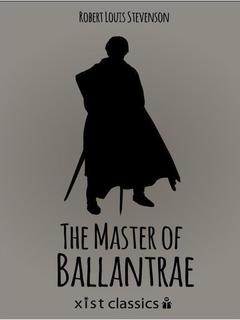 The Master of Ballantrae

James and Henry are two antagonistic brothers. Henry is willing to sacrifice everything for the good of the ones around him while James is a master of deception, ruthless and evil to the bone. Although both depart on different paths straight from the beginning, they eventually clash on more than several occasions. Whose side will you be? 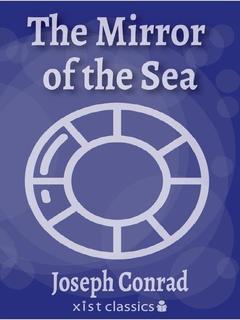 The Mirror of the Sea

A collection of autobiographical essays originally published as a series of magazine articles that reflect the Joseph Conrad's experiences at sea. 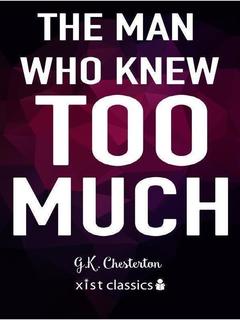 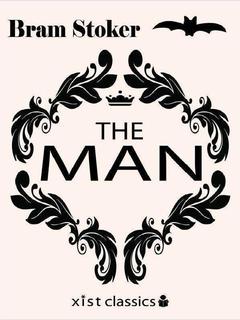 The Man by Bram Stoker is a novel that is reminiscent from the Victorian era of British history, culture and society, which encompassed the period of the reign of Queen Victoria. 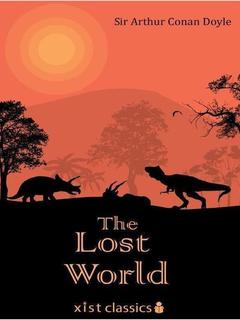 Reporter Malone wants to impress his loved one so he accepts to embark on a journey with Professor Challenger, Professor Summerlee and Lord Roxton in the Amazon. There the four find a lost plateau where pterodactyls own the sky and ape men rule part of the land. Who or what owns the other part? 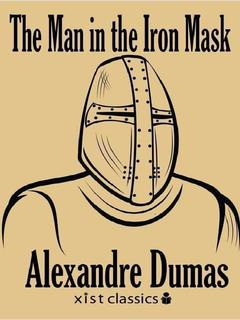 Aramis wants to replace the current King of France, Louis XIV with a puppet ruler so he asks Porthos for help. D'Artagnan on the other hand sides with the current King so he immediately helps Louis when he is at peril. He also has to arrest his former friends for treason. Will he do it? 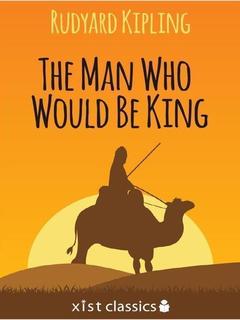 The Man Who Would Be King

A British journalist meets two interesting adventurers in India ruing their plan of blackmailing a Rajah. They return to him several months later asking for maps and books of the area. They have a new quest in mind now: to become kings in the remote Afghanistan and rule over a unified nation. 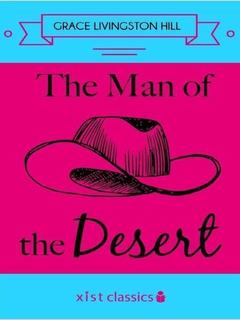 The Man of the Desert

Lost in the Arizona desert and found by a handsome missionary, Hazel Radcliffe is in turmoil: she falls in love yet finds herself unworthy of being loved in return. That’s why she needs to transform herself and become a better person. But is this self-transformation enough? 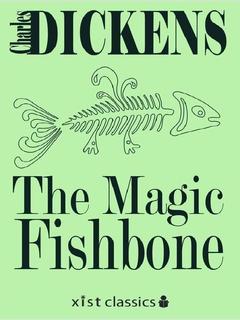 Charles Dickens has written a lovely story perfect for bedtime read aloud. The Magic Fishbone is the story of Princess Alicia, who is given a magic fishbone by her fairy godmother and then uses the fishbone to improve the fortune of her. 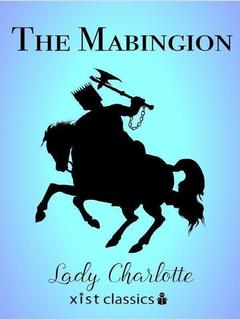 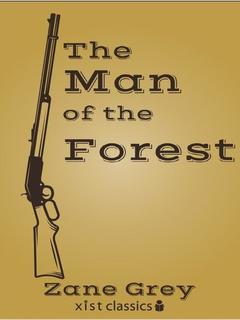 The Man of the Forest

Milt Dale is a solitary hunter but when he overhears a discussion about a possible kidnap and killing, he decides to leave his old life behind and save Helen Raynor. But will he succeed? And will he ruin the bad guys’ plan of taking over Al Auchincloss’ – Helen’s uncle – ranch? 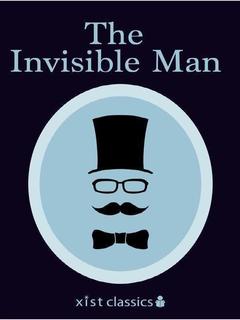 Griffin is a scientist who has developed the process to make a person invisible. He tests it out on himself, only to find that he cannot reverse the process. 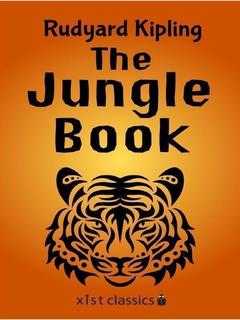 The Jungle Book by Rudyard Kipling is a collection of stories about the Indian jungle by the English author. Embraced by children for generations, the stories include tales of Mowgli the "man-cub" who is raised by wolves in the jungle. This volume also includes "Rikki-Tikki-Tavi" about a mongoose who saves a family from a cobra, and "Toomai of the Elephants" about a young elephant handler. 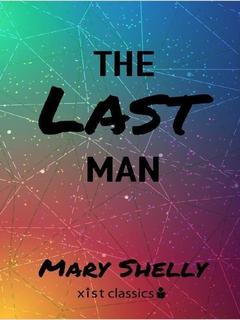 Set in the late 21th century, The Last Man by Mary Shelley follows closely the life of Lionel who grew up isolated from society although he and his sister were meant to be raised by the Royal British family. Eventually, he becomes civilized and fond of the society of Men after meeting the heir of the British throne, Adrian. But how will he and the human society survive a deadly plague? 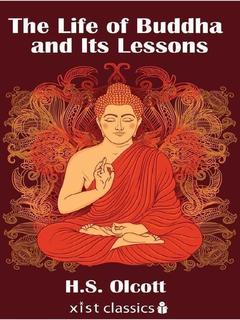 The Life of Buddha and Its Lessons

In The Life of Buddha and Its Lessons, readers can find practical applications for the tenets of Buddhism in this short essay. Learn about the life of the Buddha and how you can follow his example. 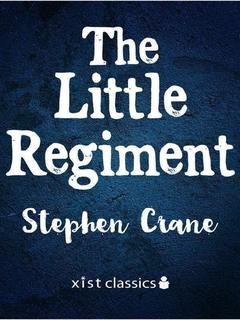 Two brothers by birth are also brothers in arms in the American Civil War. Their feelings are mixed: they want to destroy the enemy and at the same time, they desperately want to protect each other. Will they succeed? 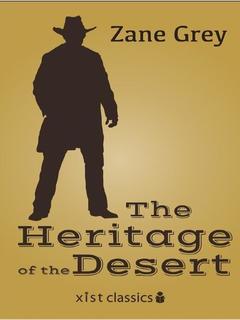 The Heritage of the Desert

John Hare should have died… instead he is saved by a man with an adopted Indian daughter. He is also dragged into the light after experiencing the darkness of the West. But he isn’t quite ready to embrace it. First he must learn to love.