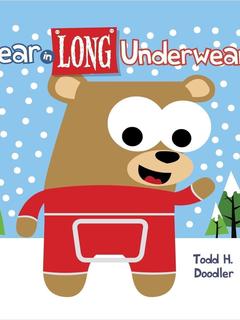 The star of Bear in Underwear and Bear in Pink Underwear returns in another adventure. It's wintertime, and Bear and his friends go outside to play in the snow. As Bear sheds his clothes in order to dress his newly-built snowman, he's left now with his signature tighty-whities, but with LONG underwear. And now, all his pals want cool long underwear of their own. Kids will love Goldman's bold illustrations, comic sensibility, and the return of the best-selling and always fashion-foward Bear!