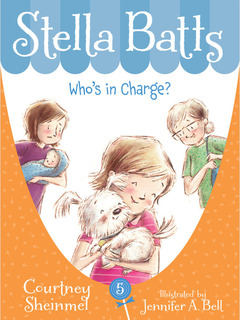 Stella Batts: Who's in Charge

In "Who's in Charge" Stella gets a lesson in responsibility when she volunteers to watch her best friends dog, Bella, for a few days. The only problem with this plan is that Stella didn't ask her mother for permission. With new baby Marco at home, Stella's mom already has her hands full. But Grandma agrees its good for Stella to have some responsibility as she's getting older. It looks as though Stella has things under control. It's only for a few days; what could go wrong? When Bella gets loose and runs away, Stella is heartbroken. Will Stella find Bella before Evie gets back? And where does she even start to look? Its just another day in the life of Stella Batts! In this early chapter book series, the ups and downs of Stella's life are charmingly chronicled. 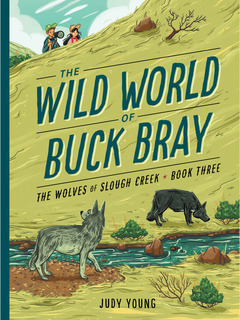 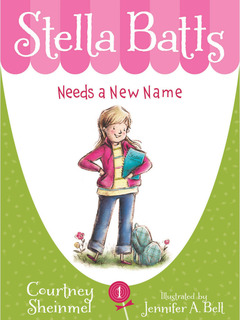 In Needs a New Name, Stella decides to change her name after a boy from her class keeps calling her "Smella." How hard can it be to pick a new name? It's not as easy as it sounds. 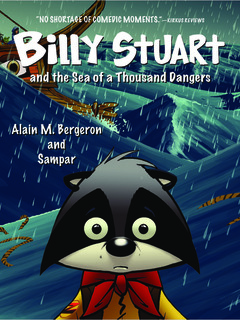 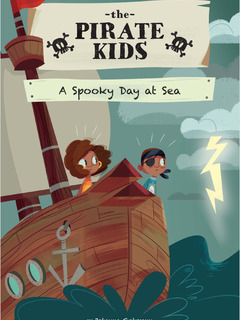 A Spooky Day at Sea

There's a storm at sea. Piper and Percy must stay below deck. The wind is blowing, and the thunder is loud. They decide to hide in a closet until the storm is over. But then Percy thinks he sees a pirate ghost in the closet with them! Piper and Percy are surprised when they realize the ghost is their father's pirate coat and hat hanging on a hook. Calico Kid is an imprint of Magic Wagon, a division of ABDO. 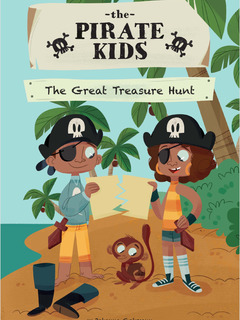 Piper and Percy have been arguing all day. Then their parents give them a map and drop them off on a secret island for their first treasure hunt. They have to work together! Piper and Percy swim in a waterfall, play with a monkey, and laugh together. But they don't find the treasure. At the end of the day, their parents tell them they did find the treasure - friendship. 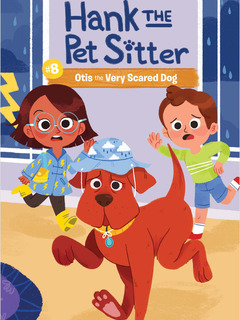 When Hank leaves his bike in the driveway to be run over by his dad, he needs to help pay for a new one. But Hank is a kid. What can he do? Pet-sitting sounds easy! Otis is back! But Ben drops him off at Hank's during a storm and Otis dashes off in fear. Can Hank and Janie find him before Ben returns? Aligned to Common Core standards and correlated to state standards. Calico Kid is an imprint of Magic Wagon, a division of ABDO. 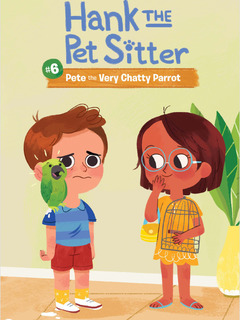 When Hank leaves his bike in the driveway to be run over by his dad, he needs to help pay for a new one. But Hank is a kid. What can he do? Pet-sitting sounds easy! Janie asks Hank to watch her parrot Pete. Hank feels like a pirate! But Pete talks too much. And can Hank keep up with the mess? Aligned to Common Core standards and correlated to state standards. Calico Kid is an imprint of Magic Wagon, a division of ABDO. 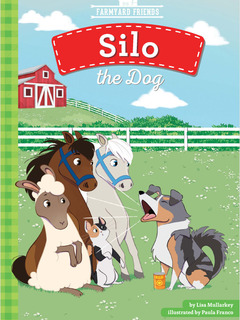 Silo loves to work on the farm. He is proud of his herding abilities! But sometimes Silo can be a bit bossy. When he tries to herd the friends, he learns that being friendly is better than being bossy. Aligned to Common Core standards and correlated to state standards. Calico Kid is an imprint of Magic Wagon, a division of ABDO. 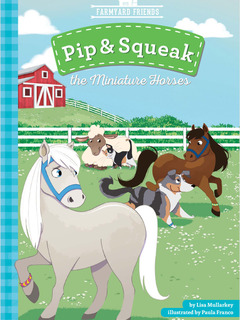 Pip and Squeak are best friends. They do everything together! Then Squeak makes a new friend, and Pip gets upset. But soon he learns it's great to have more than one friend! Aligned to Common Core standards and correlated to state standards. Calico Kid is an imprint of Magic Wagon, a division of ABDO. 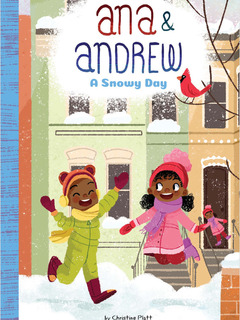 School is canceled! Ana and Andrew play in the snow with their neighbors and learn to make snow ice cream. They save a snowball in the freezer for their cousins in Trinidad who have never seen snow. Aligned to Common Core standards and correlated to state standards. Calico Kid is an imprint of Magic Wagon, a division of ABDO. 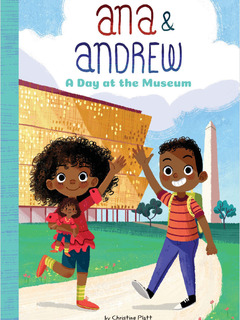 A Day at the Museum

Ana and Andrew are excited when Grandma comes to stay. During her visit, the family tours the Smithsonian Museum of African American History and Culture and learns about important African American achievements. Aligned to Common Core standards and correlated to state standards. Calico Kid is an imprint of Magic Wagon, a division of ABDO. 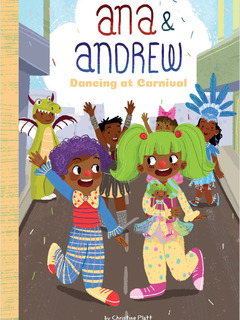 During Carnival, Ana & Andrew travel to visit their family on the island of Trinidad. They love watching the parade and dancing to the music. This year, they learn how their ancestors helped create the holiday! Aligned to Common Core standards and correlated to state standards. Calico Kid is an imprint of Magic Wagon, a division of ABDO. 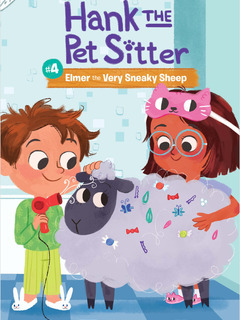 Without his bike, Hank was getting bored. Then a new neighbor named Tommy shows up, looking for a pet-sitter for his sheep. He warns Hank that Elmer can open doors. Book #4 in the series. 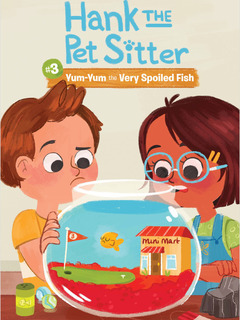 Yolanda, the biggest know-it-all ever, leaves her beloved fish Yum-Yum under Hank's care. But why didn't Yolanda tell Hank that Yum-Yum was ancient? And will she discover Hank's big secret when she picks up her fish? Book #3 in the series. 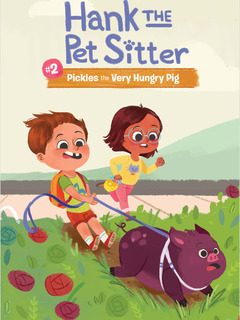 When super snooper Joey brings his pot-bellied pig Pickles to stay, Hank never imagined that a pig with a cute name like Pickles could cause so much trouble. Book #2 in the series. 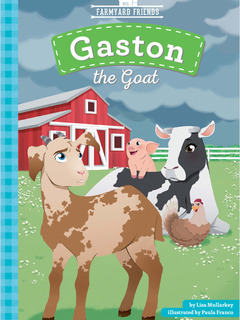 A storm is coming to Storm Cliff Stables, and Gaston the goat is scared. Rain! Lightning! Thunder! Gaston fears he’ll never get to sleep with all that flashing and booming. Luckily, his farmyard friends know just what to do! Aligned to Common Core standards and correlated to state standards. 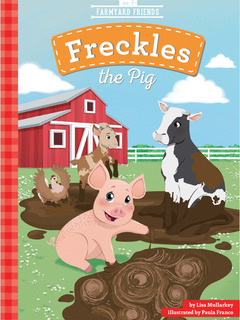 It’s fall cleanup time at Storm Cliff Stables, and Freckles wants to help! Unfortunately, his ideas for brightening up the place make for a muddy mess instead. Luckily, his farmyard friends know just what to do! Aligned to Common Core standards and correlated to state standards. 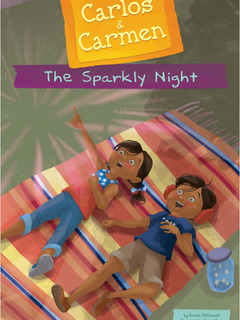 It’s the Fourth of July! That means fun, flags, and fireworks for the Garcia family. Unfortunately, those fireworks are a problem for Mamá and Carlos. Neither of them likes the loud booms and cracks that come with the sparkles. Readers will laugh when they see how the twins figure out a way for everyone to enjoy the sparkly night. Aligned to Common Core standards and correlated to state standards. 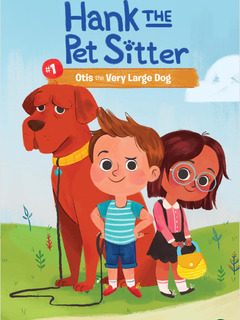 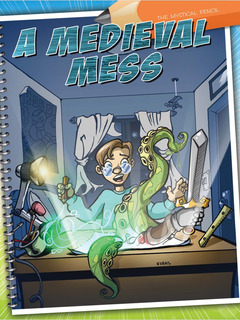 Alex has decided to create a graphic novel to complete his fourth grade assignment on the Renaissance. His pencil is nearly worn out when his father returns from an archaeological dig and suggests Alex get a replacement pencil from his bag to complete the assignment. Alex uses the borrowed pencil to draw a monster that a knight must put a stop in order to save the village and its inhabitants. When he wakes up the next morning, the paper is blank and the monster is staring at him! Can he figure out a way to get things back to normal? 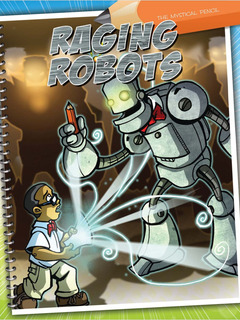 The school play was a hit, but Sara and Alex have lost the Mystical Pencil again. Stewart found it and used the pencil to design his science fair project -- a working robot. The problem is, Stewart's robot stumbles upon the power of the pencil and decides to make himself a few friends. The helpful robot has drawn an evil robot as well and now the evil bot has created his own army. Can Alex, Sara, and Stewart defeat the robots and return the pencil to the museum before it is too late? 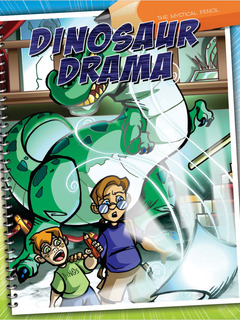 Alex made sure the Mystical Pencil is in his possession and is at the museum to return it to safety. But, before he gets the chance, Marvin steals it! Marvin's only ambition is to draw dinosaurs over and over. Once again, Alex is forced to try and set things right while not becoming dinosaur lunch. Can he solve the dinosaur drama and secure the Mystical Pencil once and for all? 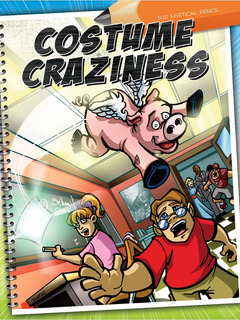 When Alex woke up from the Renaissance nightmare, the Mystical Pencil was nowhere to be found. Until he gets to school that is! There he discovers Sara has found the pencil and is using it to draw costumes and sets for the school play. She doesn't believe Alex's warnings until it is too late! Can Alex and Sara work together to take the farm out of the school and back onstage? 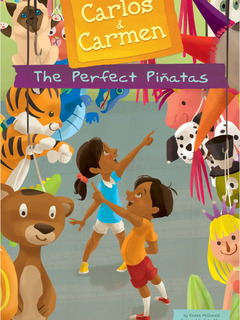 Carlos and Carmen's Abuelita has come to visit. She joins the twins, Mamá, and Papá as they go from store to store, searching for the perfect piñatas. When they finally find them, the twins fall in love with their new piñata pets. They don't want to smash them! Luckily, Abuelita knows just what to do. Aligned to Common Core standards and correlated to state standards.