Just one family survives the shipwreck. Now the father, mother, and their four young sons find themselves stranded on a remote island. What will it take to stay alive? The odds are against them. But the clever, hard-working Robinsons have what it takes to face the ultimate test.

The young man has only one dream-- join the brave company of the king's musketeers. Will he be clever and daring enough to make his dream come true? He rides into Paris on his old, broken-down horse. A world of adventure is just ahead. 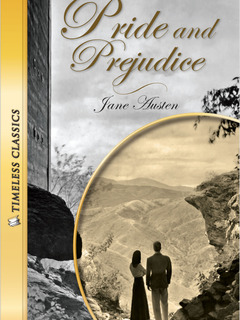 Silly Mrs. Bennet is "husband hunting" for her five daughters. Heaven knows it isn't easy! Darcy would make a great match for Elizabeth- if it weren't for his false pride and her stubborn prejudice. And the other girls aren't cooperating either. Jane is too shy to show affection, and Lydia has run off with an unsuitable army officer! What's a poor mother to do?

Shipwrecked! A young Englishman finds himself stranded on a small island in the middle of nowhere. For 24 years he survives- and even thrives. How will his life change now that his island has a visitor?

Life is a constant struggle in the frozen wilderness of Alaska. For a wolf-dog called White Fang, every day is a fight for survival-- until he's taken in by a young American mining engineer. White Fang's world turns upside down when his new owner takes him home to California. How does he react? Is it likely that a wild wolf-dog can adjust to civilization?

As usual, Tom Sawyer and his pal Huck Finn were only out looking for fun. They never dreamed they'd witness a murder! And that isn't Tom's only problem. There's a new girl, Becky Thatcher, and the fence he's suppose to paint-- not to mention the hunt for Injun Joe's buried treasure!

The Adventures of Huckleberry Finn

Freedom is everything to Huckleberry Finn. How can he avoid being "civilized" by the good-hearted Widow Douglas? But just now Huck has more important things on his mind-- like helping his friend Jim escape the slave-catchers!

Scrooge is downright mean and cold-hearted-- the stingiest man in all of London. Could anything on earth transform him into a kind and caring human being? Probably not. But the spirit of Christmas is very powerful--more powerful by far than anything on earth.

Buck is much bigger and stronger than the other dogs. But he wasn't born to the savage life of the Alaskan frontier. Is it too late for him to learn the "law of club and fang"? Can he survive the bitter weather, a vicious rival, and the deadly mistakes of his bungling owners?

Henry Jekyll is a respected doctor-- a kindly man much loved by all. Why is he so protective of the vicious criminal, Edward Hyde? Jekyll's friends are stunned when the mystery is finally unraveled. They can scarcely believe that the man they had so admired had been living a double life!

Victor Frankenstein was only trying to advance the cause of science. How could his experiment have produced such a terrible result? The creature's powers were superhuman. Was there any real chance that Victor could stop the monster before he murdered again?

Paris is worried that Max isn't really visiting his grandparents. She thinks he's dating another girl. Instead of asking Max her real question, Paris takes her cousin's advice and accepts a date with Blake. After all, if Max can date someone behind her back, why can't she? Besides, no one will know her at the Wayfield homecoming game... or will they?

Boy overboard! After falling off a luxury liner the spoiled teenager is rescued by a crew of rough fishermen. His parents think he drowned. Little do they know that, for the first time in his life, their lazy son is working hard... and becoming a man. 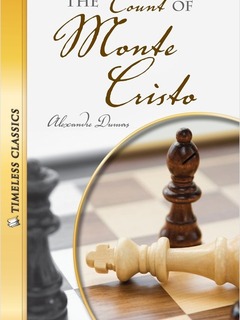 The Count of Monte Cristo

n the night before his wedding, an innocent young man is arrested and imprisoned. How could such a thing have happened? When he finally discovers the truth, he bitterly plots revenge. Then he escapes from prison and begins to punish his enemies, one by one.

In long ago India, a toddler wanders off and is taken in by a family of wolves. Coached by a friendly bear, the "man-cub" has many adventures as he learns the ways of the jungle. But things begin to change when Mowgli becomes a young man. Now he feels a strange pull towards creatures of his own kind.

Oliver Twist is a penniless orphan. What chance has he got on the dangerous streets of 19th century London? Before long, he's taken in by a gang of thieves. The boy's future looks grim indeed, until a few kindly souls enter the picture.

Life as an ethical vampire isn't easy for Amber Fang. First, she has to track down and eat a murderer every month. Second, her mother is imprisoned in a bunker controlled by ZARC, a multinational arms dealer. Third, her fellow vampires are hot on her trail, bent on ridding the world of scrupulous bloodsuckers. And then there's Dermot, the handsome secret agent who hired her as an assassin in the first place and who has promised to help her rescue her mother. Amber can't decide if she should kiss him or kill him. Then ZARC strikes a blow that leaves Amber stunned and heartbroken. Now she's out for revenge. Amber Fang: Revenge is the third book in the popular Amber Fang series.

For Amber Fang, life used to be simple: study library science by day, read by night and, when she got hungry, enjoy an ethical meal straight from the jugular. Her mother taught her well. It's just good manners for vampires to eat only murderers. But now her mom has vanished, and Amber is alone. Her contract work as an assassin has been terminated. But the secret organization ZARC is still trying to hunt her down, using algorithms, drones and a murderess with metal hands. Through the dark web Amber learns that her long-lost mother has been "disappeared" to a secret compound in Antarctica. When Amber arrives and pries open a door to investigate, what she discovers shocks her to the core. And it will change her life forever. If she survives. Amber Fang: Betrayal is the second book in the popular Amber Fang series.

Ronette Bradley. Good on standardized tests, a mess on her report cards. With high school over, and her boyfriend going away to college, she is stuck cleaning hotel rooms. Until one fateful telephone call changes everything. Book 2 in the series.