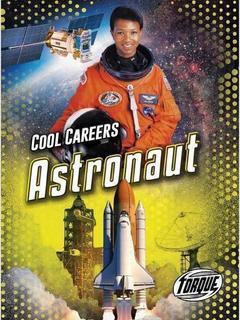 Have you ever wanted to visit outer space? It takes a lot of work to get ready for the journey, and there’s even more work when you get there! Find out what it takes to become an astronaut, and as well as the qualities and training needed. Features outline a day’s activities, chart a career path, and profile an important person in the field. Readers will snap up this high-interest title about a job that is truly out of this world! 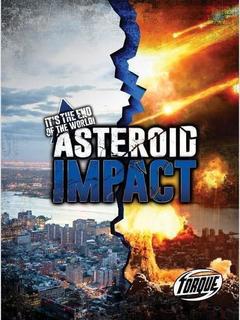 The Earth is constantly bombarded with space matter. Most burns up before it reaches the surface. But what if a giant asteroid was headed our way? In this high-interest title, the end of the world becomes a reality as a massive asteroid strikes Earth! Readers can put themselves in the line of impact with a narrative opening and discover if any asteroids are on course to collide with Earth anytime soon. Features follow the chain reaction of an asteroid impact and examine past asteroid impacts. Would we be able to save ourselves? 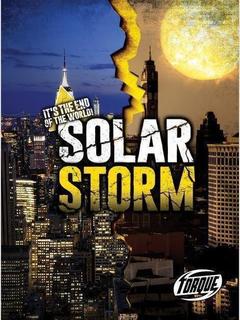 The Sun is a major component in the existence of life on Earth. Could it also bring about the end? Energy often shoots coronal mass ejections into space. A massive CME on course for Earth could cause a solar storm with devastating results! This high-interest title explores how the world could end from a solar storm, from electrical shutdowns to disastrous food shortages. Fun facts add fascinating bonus information while the look back feature provides a glimpse into a past solar storm. Find out the science behind solar storms and what we can do to save ourselves in this world-ending title! 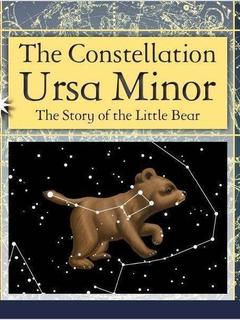 The Constellation Ursa Minor: The Story of the Little Bear 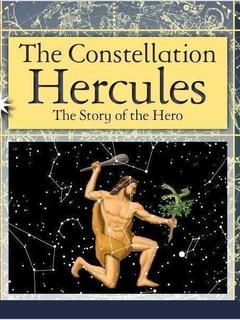 The Constellation Hercules: The Story of the Hero 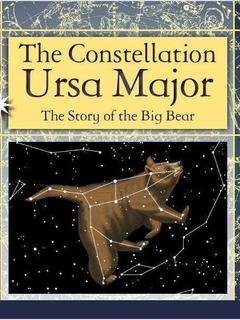 The Constellation Ursa Major: The Story of the Big Bear 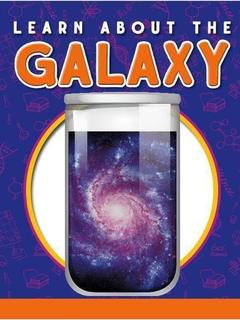 Learn about the Galaxy

Introduces readers to galaxies and how they form. Learn about what is found in galaxies and different galaxy shapes. Includes step-by-step instructions to make a galaxy in a jar. Additional features include fun facts, a table of contents, a phonetic glossary, an index, and sources for further research. 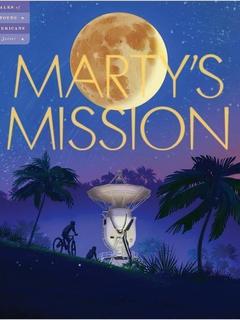 It's 1969 and Marty's family lives on the U.S. island of Guam, where his father manages the NASA tracking station. It's important work and never more so than during the Apollo 11 space mission, where the tracking station relays signals back and forth between the astronauts and Mission Control in Houston, Texas. Along with the rest of the world, Marty listens to every mission update, including the historic landing on the moon and astronaut Neil Armstrong's first steps. But during Apollo 11's return to Earth, something goes wrong. There is a problem with the tracking station's antenna during the final hours of the mission. The problem must be resolved--the antenna is the only way Mission Control can communicate with the astronauts before Apollo 11 splashes down. Marty finds himself playing a key role in helping bring the craft safely back to Earth. Based on actual events, young readers get a front-row seat to this historic event in this new entry in the Tales of Young Americans series. 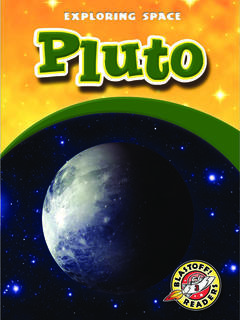 Pluto is a dwarf planet with three known moons - Hydra, Nix, and Charon. Children will explore Pluto's physical features, its position in the solar system, and why it is no longer considered a planet. Blastoff! Series 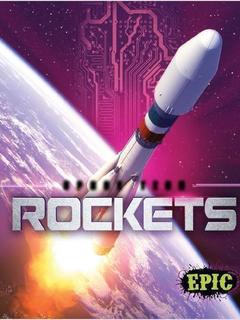 Twenty-five times faster than the speed of sound, rockets are high-speed space delivery machines. Every week, at least one rocket launches into space from somewhere in the world! This title will boost the knowledge of reluctant readers as it breaks down space rockets. 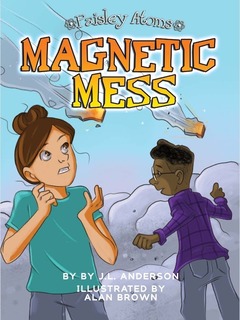 Debris from space is hurtling toward the school. Paisley and pals scramble to build something to divert disaster. 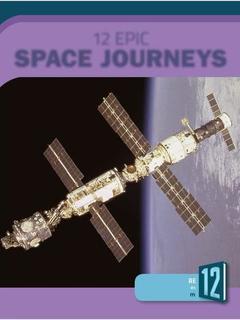 Presents 12 of the most epic space journeys. Readers will take an armchair tour of Neil Armstrong's first walk on the moon, a visit to the International Space Station, the NASA Voyager Program, and more. 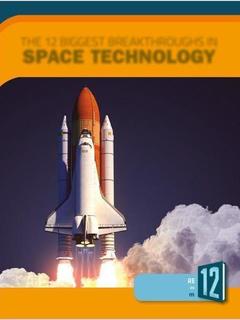 The 12 Biggest Breakthroughs in Space Technology

Takes a look at 12 of the biggest breakthroughs in space technology. From the rockets and satellites to the first man on the moon, space shuttles and space stations, the book features historic photos, engaging sidebars, and covers the impact of each breakthrough. 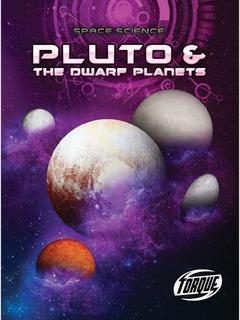 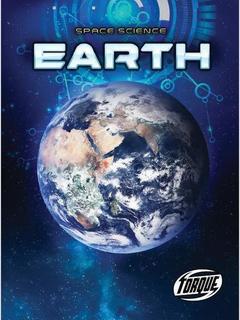 Earth is the only home humans have ever known. But there is so much to learn about it! From what the planet is made of to how it likely formed, this informative title will take readers on a journey around the blue planet. Through fact-filled text, special features, and plenty of fun facts, readers will learn all about Earth’s place in the universe! 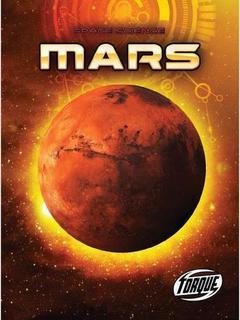 Journey to the red planet! Given its similarity to Earth, Mars has long fascinated humans. Today, we are closer than ever to unlocking the mysteries of how Mars formed and whether the planet once held life. Filled with fun facts, special features, and informative text, this title will fascinate anyone who has ever dreamed of traveling to the red planet. 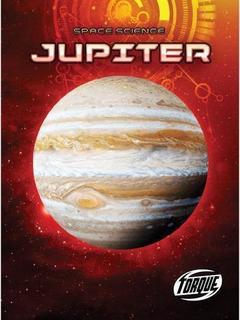 Jupiter is the biggest planet in the solar system! This gas giant is also one of the most fascinating. From its famous Great Red Spot to its dozens of moons, Jupiter holds several mysteries for the scientists who study it. This fascinating title will show readers that Jupiter is as interesting as it is huge! 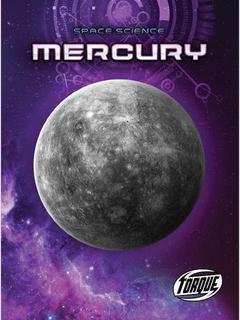 Mercury is the closest planet to the Sun! It may be small, but it is full of extremes. Temperatures range between -300 and 800 degrees Fahrenheit! As it zooms around the Sun every 88 days, the speedy planet is hard to spot. This informative title shows some of the many mysteries scientists have uncovered about Mercury. Its colorful photos, fun facts, and special features are sure to delight any reader interested in space! 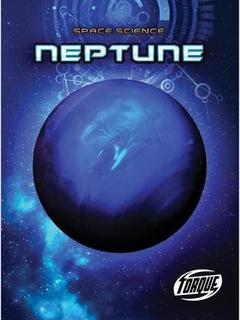 Neptune is the outermost planet in the solar system! It may look a calm blue, but this huge planet is swirling with activity. A thick layer of clouds gives way to whirls of rocks and ice. There may even be an ocean beneath its clouds! For readers with an interest in space exploration, this Neptune title is sure to fascinate. Colorful photos, fun facts, and special features make this book one worth checking out! 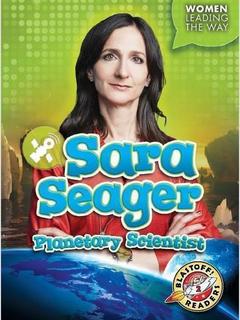 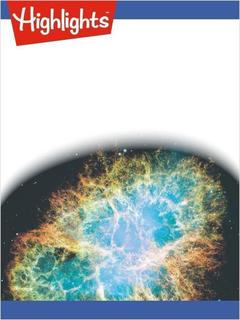 When Stars Explode and Other Real Starry Stories

Shining stars! What is a star, anyway? Take a trip through the starry sky to learn all about constellations, what happens when stars explode, and learn more about the star closest to us: the sun! Stories by Ken Croswell, Ph.D. and Highlights for Children. 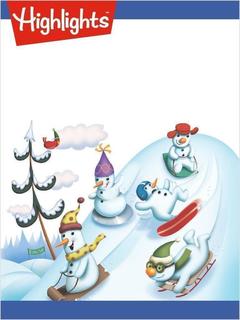 Brr! Five snowmen race down a hill, but only one makes it to the finish line. In another kind of "snowstorm," Jem uses her quick thinking to save her new friend, Vianna. Issac is excited to see snow for the first time, and Angela finds a new way to fly. Stories by Kathleen Doherty, Roxanne Werner, Nancy Dearborn, and Wendy Hogarth. 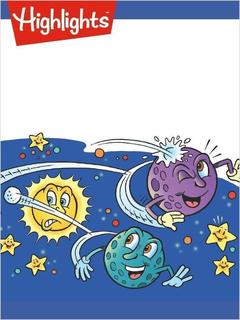 Snowballs in Space and Other Real Space Stories

All about space! Learn about everything from space junk, to how stars and galaxies were formed. What can we learn about space that could help us in the future? Stories by Tony Helies and Ken Croswell, Ph.D. 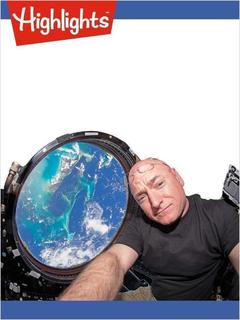 Roommates in Space and Other Real Astronaut Stories

Astronauts in space! Hear from real life astronauts and learn about what they do when they're in space. Hear answers to kids' questions, and see beautiful pictures taken by an astronaut from the International Space Station. Stories by Jack Myers Ph.D., Highlights for Children, and Amy Hansen. 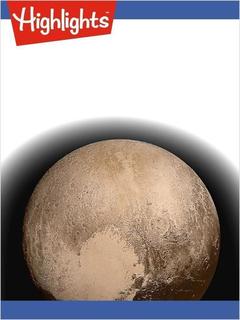 Voyage to Pluto and Other Real Planetary Stories

Our planets! Get to know all about Pluto's size, landscape, and more! What are the different phases of the moon? Where did Saturn get its rings? Is the earth really spinning? Learn the answers to these questions, and more! Stories by Ken Croswell, Ph.D. and Highlights for Children.