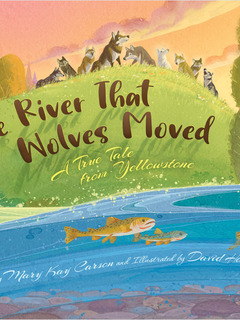 The River That Wolves Moved: A True Tale from Yellowstone

Long before its establishment as a national park in 1872, Yellowstone was home to the gray wolf, as well as other large predators. But the relationship between human and wolf has always been a tense and complicated one. Predator control programs were developed and by the mid-1900s, wolves had almost been entirely eliminated from the region and even the lower United States. The removal of even one strand of an ecosystem's complex web can have a ripple effect, though. Using the structure of "The House that Jack Built," science writer Mary Kay Carson shows the interconnectedness of the wildlife that lives in a place and how the presence (or absence) of a single species can impact an ecosystem so that the physical landscape itself is altered. Engaging text and colorful detailed artwork make the natural science understandable and accessible to young readers. With so many of Earth's ecosystems under threat by climate change, pollution, and loss of habitat, this is a critical and timely topic. Back matter includes information on the Yellowstone region during the wolves' absence and after their reintroduction. 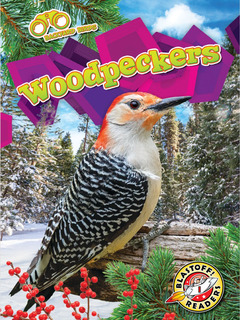 TAP! TAP! TAP! The distinct drumming of woodpeckers can be heard across North America. These fascinating birds come in many sizes. They are often black and white with red feathers on their heads. Beginning readers will learn all this and more throughout the pages of this title. Bright photos match the text, while fun features provide additional information about relatives, food, and more! 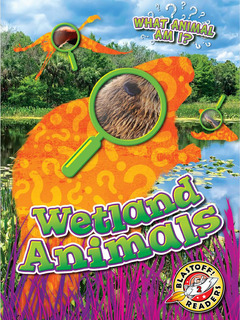 From mammals to reptiles, wetlands are home to a variety of animals! This fact-filled title describes what makes a wetland. The book then introduces four animals adapted to live in this soggy environment. Young readers will enjoy guessing each animal based on visual clues and descriptions of their body parts and behaviors. Sneak peek images offer hints, while crisp, colorful photos are used for the big reveal! Special features offer more detailed animal facts with range maps and food photos! 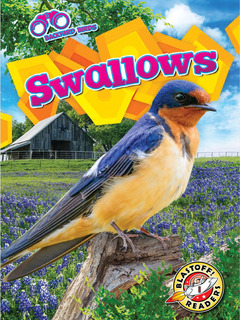 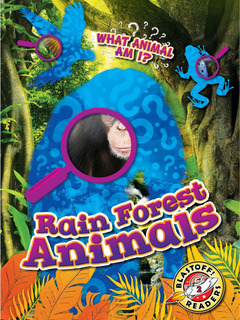 The rain forest is home to over half of Earth’s plants and animals! Some animals live well among the trees, while others swim through rain forest rivers. In this title, young readers will enjoy guessing the identity of four rain forest animals using descriptions of the animals’ behaviors and body parts alongside visual clues. Sneak peek images offer hints, while crisp, colorful photos of each animal are used for the big reveal. Special features include maps, animal adaptations, and more! 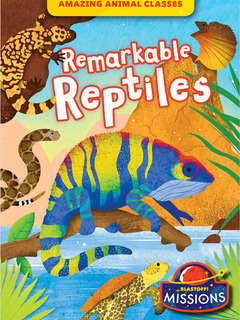 From lizards and snakes to turtles and crocodiles, the world of reptiles is fascinating. In this nonfiction title for young readers, colorful illustrations and narrative text introduce readers to several remarkable reptiles from around the world. A special feature puts important information about reptiles in one place, while questions encourage readers to think about what they’ve learned. Young readers will enjoy this fun text about reptiles! 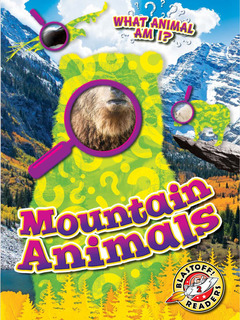 From paws to claws to hooves, many animals have adapted to tackle the mountains! Four animals are introduced in this engaging, fact-filled title. Young readers will enjoy guessing each animal from their stand-out behaviors and body parts. Sneak peek images serve as clues, while crisp, colorful photos are used for the big reveal! Special features offer more detailed animal facts with range maps and food photos. 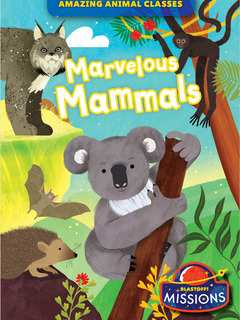 Lions and tigers and bears, oh my! These are just a few of the many marvelous mammals in the world! This nonfiction title takes readers on a journey to learn about some of the most interesting mammals on the planet, from tiny mountain pikas to huge blue whales in the oceans. Vibrant illustrations accompany narrative text in this low-level title. A special feature summarizes need-to-know information, and questions push readers to connect with the text. Young readers will love learning about mammals both fuzzy and ferocious in this fun title! 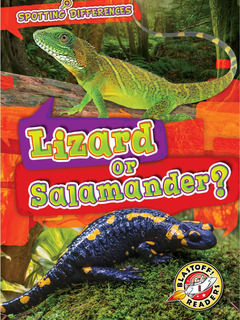 Who is climbing that tree? Could it be a salamander? Or is it a lizard? This title guides readers through the different traits of each animal with simple text and crisp, vibrant pictures. The book concludes with an engaging side-by-side comparison that will help readers identify exactly which creature is which. 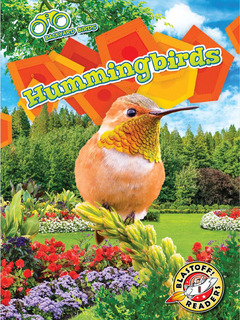 Hovering at backyard flowers, hummingbirds are a bright and exciting sight! Their fast-flapping wings allow them to move unlike any other bird. In this book, beginning readers will find fun text and colorful photos that highlight the appearance, behaviors, and homes of hummingbirds. Features highlight additional information including relatives, foods, and calls! 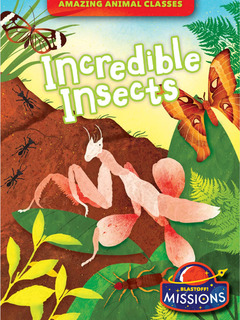 Get ready for an insect adventure! This nonfiction title uses narrative text and bright images to introduce readers to all kinds of insects that fly, chirp, and buzz! Young learners will fly with butterflies in the Amazon and search for hidden orchid mantises in Asia. A special feature reinforces important insect traits, and questions prepare readers for learning and encourage deeper engagement with the text. This fun, low-level title is a perfect introduction to some of the many incredible insects on Earth! 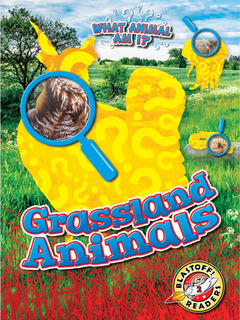 From Africa to the continental United States, grasslands support a variety of life! This fact-filled title describes this biome and four animals that have adapted to live there. Young readers will enjoy guessing each animal from their stand-out characteristics. Sneak peek images serve as clues, while crisp, colorful photos are used for the big reveal! Special features support and enhance the main text by offering more detailed animal facts, maps, and more! 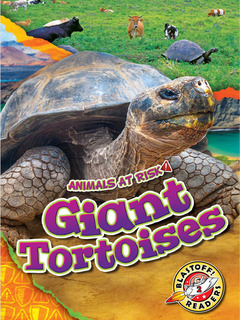 Giant tortoises face many challenges. How can humans help them? In this title, leveled text and informative photos illustrate the challenges that giant tortoises face and how humans are able to help them survive. Cause and effect features show what is behind the threat to the animal and what the world would be like without them, while other features highlight the range, status, and life span of the tortoise. 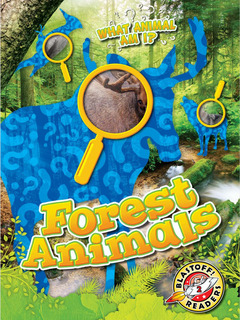 Walk through the forest with some of the animals that call it home! This fact-filled title introduces both boreal and temperate forests and some animals that live in them. Young readers will enjoy guessing the identity of four animal based on their stand-out characteristics and forest adaptations. Sneak peek images serve as clues, while crisp, colorful photos of each animal are used for the big reveal! Special features offer more detailed animal facts with range maps and food photos. 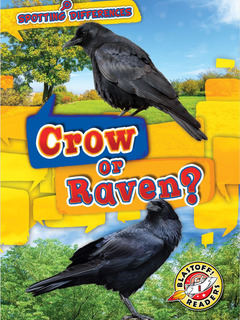 Caw-Caw! Who is that? Is it a raven, or is it a crow? This book introduces readers to ravens and crows with simple text and bright, colorful images. Special features such as a side-by-side profile summarize the differences between these two birds and help readers determine who is who with ease. 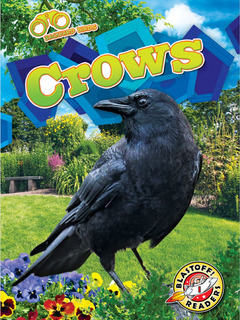 CAW! CAW! CAW! The crow’s common call is heard throughout cities and forests. The birds’ black feathers shine in the sun. This title welcomes beginning readers to learn about the lives of crows. Simple text and beautiful photos fill the pages, while features introduce related birds, crow foods, and more! 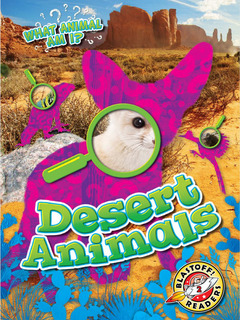 Discover the identities of four featured desert animals! Leveled text will introduce the desert and explore how each animal has adapted to life in the desert heat. Young readers will enjoy guessing each animal from their stand-out characteristics. Sneak peek images serve as clues, while crisp, colorful photos of each animal are used for the big reveal! Special features support and enhance the text by offering more detailed animal facts, maps, and more! 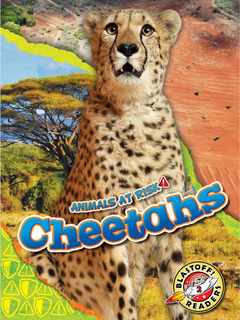 Cheetahs are the fastests animals on land. But they face many dangers. In this leveled text, readers will learn about the ways in which people are helping this animal overcome its threats. Features highlight the causes of the threat facing cheetahs, show the benefits that cheetahs provide to the environment, and highlight the range, life span, and status of these speedy cats. 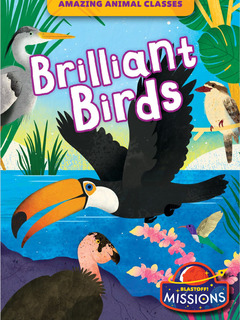 The world is full of beautiful bird species! This low-level title helps young readers explore birds on every continent, including body parts, behaviors, and more. Narrative nonfiction text combines with bright illustrations to explore different kinds of birds, while a sidebar summarizes important information and questions encourage readers to think about what they have read. This engaging book is a brilliant choice for budding bird enthusiasts! 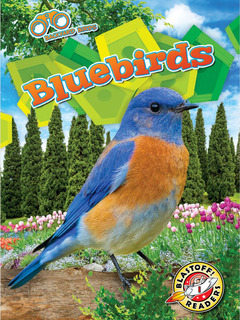 Bluebirds add cheerful calls to many backyards! Their flashes of blue feathers are a welcome sight from bird boxes and trees. Readers will learn this and much more in this bright title for early readers. Engaging text and colorful photos fill the pages, while features show related birds, food, and the sound of their common call! 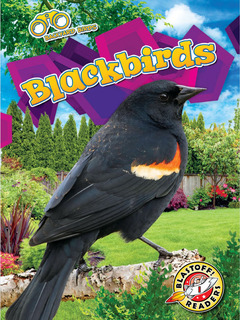 Blackbirds are territorial songbirds. They sit on perches to watch for danger! In this title for young readers, crisp photos match leveled text to introduce these popular backyard birds. Special features call out birds in the same family, show off nests and favorite foods, and highlight one of the bird’s well-known calls. 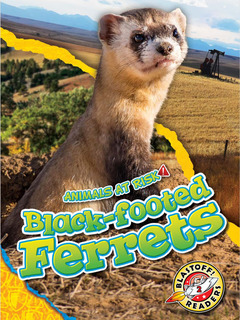 Black-footed ferrets tunnel underneath the Great Plains. But these animals were once thought to be extinct. Leveled text and vibrant images teach readers about the struggles of this animal as well as the ways that humans are trying to bring them back. A map feature highlights the animal’s range, while other features show off its conservation status and life span, introduce the causes of the threat to the animal, and showcase its importance to the environment. 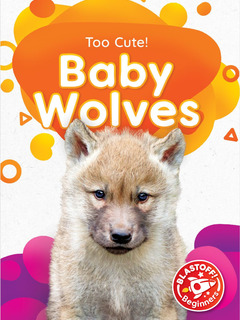 Wolf pups love to run around! They play with their siblings and learn to hunt with mom. In this beginning title, readers can learn all about the lives of these young pups, from what they eat to what they do. Bright photos support clear, easy-to-read text, while a photo glossary and a facts page define unfamiliar words and reinforce information. Students just starting to read on their own will be howling for more after this fun title! 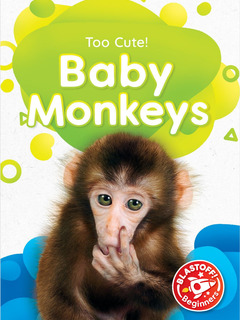 Monkey infants play, climb, and swing! This beginning title tells all about the lives of these sweet babies, from what they eat to how they play. Simple, predictable text and crisp photos support students just starting to read independently, while a facts page reinforces the text. See what life in the treetops is like in this cute title! 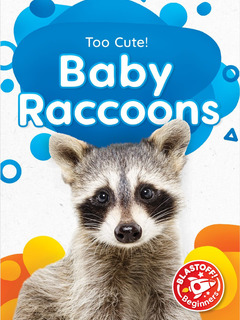 Raccoon kits are busy babies! They learn how to climb trees and find food with mom. Beginning readers can learn more about the lives of young raccoons, from what they eat to how they learn, in this engaging title. Adorable photos support clear, easy-to-read text, and a photo glossary and facts page reinforce the information in this title for growing readers.