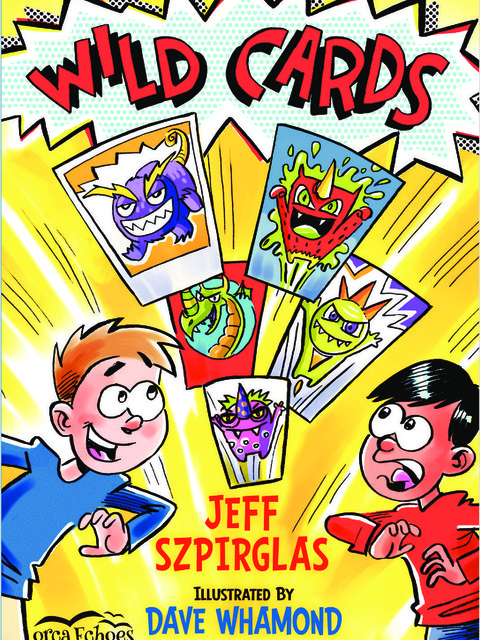 Sam and Nate tells the story of a developing friendship between two boys. Through letters, notes, school projects, a pregnant teacher and a substitute who has never taught children before, Sam and Nate support each other as best they can, but get into some funny scrapes while they're at it.

Harriet has a large collection of stuffed animals. Her favorite is an intrepid bear, Theodora (Teddy, to her friends), who leads the others in a variety of attempts to boss Harriet around and to claim the spot of alpha animal in the household. It is all Harriet can do to get her own way once in a while.

Jake and his younger brother Tommy are visiting family at a beach house on the coast. Having already lost a race to his cousin Lexie, Jake can't resist a second chance at victory when she challenges him again. Only this time it's a boat race-to the legendary Smuggler's Cave and back. The ocean is deep and choppy, and the boat is harder to control than Jake thought it would be. When he and Tommy reach Smuggler's Cave, the unthinkable happens. The boat capsizes, and they are swept into the cave. Lexie comes to their rescue, but the rising tide prevents them from escaping, and the three of them soon realize they are trapped.

Matt is desperate to fit in at summer camp. One night he gets lost when he goes off on his own to retrieve a forgotten life preserver. A wolf appears and Matt overcomes his fears and follows it. He finds a half-wolf, half-dog pup whose mother is dead. Is the big wolf who guides him the same wolf that his father rescued years before from a trap?

Johnny Maverick and his friends play for the Timberwolves peewee hockey team in the small town of Howling. Tom Morgan has just moved from Toronto and is a talented player. Tom is also very competitive and seems determined to pick on Stu Duncan, who is slightly overweight. Johnny suggests a race between Tom and Stu. Tom eagerly accepts; Stu is reluctant but Johnny convinces him to trust his best friend's advice. On race day Tom is surprised by both the race and its outcome and learns that teamwork pays off. The Howling Timberwolves series of Orca Echoes early chapter books offer lots of sports action and humour that will appeal to young boys.

Lawrence hates being teased about his dimples, but nothing he does seems to make any difference. Joe goes right on teasing him, and the teasing gets meaner and meaner. Finally, Lawrence notices something about his friend Stewart that may provide the tool he needs to tease-proof himself once and for all.