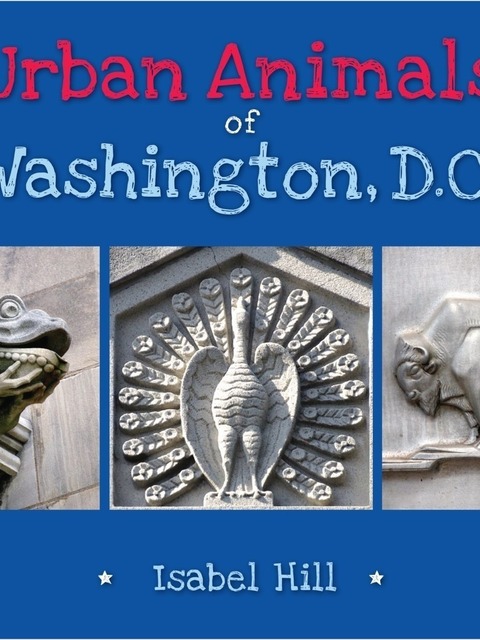 The author of Urban Animals, Isabel Hill once again captures images of creatures large and small that adorns the buildings all around our nation's capital. Includes a glossary of architectural terms and a list of buildings where each animal resides.

Six Is So Much Less Than Seven

Warm illustrations convey the deep bond between an old man and his six cats while teaching the reader about the cycle of life.

Follow the adventures of Buck, a loving family pet, who is stolen from his comfortable home to become a sled dog in the Yukon gold rush territory. As Buck faces freezing temperatures, starvation, and cruelty, he learns that he must be brutal to survive.

When elephants fight, it is the grass that suffers. This ancient proverb of the Kikuyu people, a tribal group in Kenya, Africa, is as true today as when the words were first spoken, perhaps thousands of years ago. Its essence is simplicity: when the large fight, it is the small who suffer most. And when it comes to war, the smallest, the most vulnerable, are the children. When Elephants Fight presents the stories of five children from five very different and distinct conflicts. Along with these very personal accounts, the book also offers brief analyses of the history and geopolitical issues that are the canvas on which these conflicts are cast. When Elephants Fight is about increasing awareness. For the future to be better than the past, better than the present, we must help equip our children with an awareness and understanding of the world around them and their ability to bring about change. Gandhi stated, "If you are going to change the world, start with the children."

A look at a common food chain in the Arctic tundra, introducing the Arctic willow that starts the chain, the wolf that sits atop the chain, and various animals in between.

This story exemplifies camaraderie and the loyalty the musketeers had to their king, queen, and country. The main characters; Athos, Porthos, and Aramis, the adventurous three musketeers, later joined by d'Artagnan, all unite in their dedication to the defense of France and the destruction of Lady de Winter, "Milady," the conniving spy of Cardinal Richelieu and wicked murderer of Constance Bonacieux, the loyal seamstress and friend of the French Queen.

What is the mystery about this island Jules Verne wrote about? How are the men stranded on it able to survive? In this early science fiction thriller, the heroes use science and natural resources of the island to create a safe life. However, as the men soon learn, real mysteries- which they can't explain- are connected to the island!