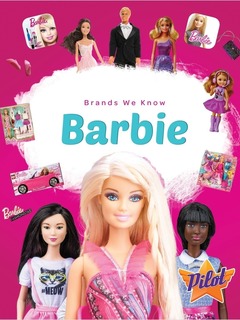 Barbie is popular enough to be recognized by her first name alone. But does Barbie have a last name? In this book, fluent readers can find the answer to that question while discovering other interesting information about Barbie. The famous doll's life story is on full display in this title.

Readers learn the history of marbles as well as how to play popular marble games.

Toy fads have come and gone throughout the years. Discover the history behind some of the more popular fads.

Toys and Games Then and Now

How are todays toys and games different from those in the past? This informative title compares the pastimes and playthings of the olden days to the modern games and toys kids love today. Simple text and engaging pictures aid students in their comparison of two different time periods.

Since the 1980s, the My Little Pony brand has worked to spread a message of friendship and happiness to its many fans around the world. In addition to its toys and television, My Little Pony has taken its mission to the streets through campaigns such as the International Day of Friendship. This title gallops through the history and development of the cute and positive brand!

Netflix has played a role in making binge-watching a thing. Seventy percent of its users watch television series episode after episode after episode in one sitting! This children’s book rewinds Netflix back to its beginning, when the focus was mailing DVDs, and then expands upon the company’s growth over a decade.