TJ and the Sports Fanatic

TJ Barnes is back, playing with his crazy cats, T-Rex and Alaska, helping out in his parents' hardware store and goofing around with his best friend, Seymour. When Seymour announces that he has signed them both up for a football team, TJ fears the worst. Neither of them is huge or mean or able to tackle, catch, throw, run or kick a ball down a field, but Seymour is determined to be a star. With the help of a stack of library books, TJ starts to understand the game but it takes more than a few books to figure out what's wrong with his best friend.

TJ and the Quiz Kids

When master fact-gatherers TJ and Seymour are asked to join the school Quiz Kids team, TJ thinks Seymour should take the stage at the upcoming contest against the high-pressure Fairview School team. TJ is already more than occupied rescuing his cats and helping Gran get ready for her upcoming trip to Belize. When he goes with his dad to help with a renovation job on a huge house on Fairview Hill, he and T-Rex tangle with a rich girl and her giant dog, Frooie. Then Seymour develops stage fright, Alaska goes missing, and the girl from the big house shows up on the Fairview quiz team. TJ knows he has to sort things out - fast! 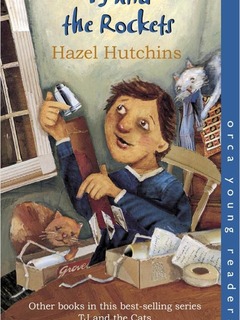 TJ and the Cats

TJ may not like cats, but that doesn't stop a taxi from showing up at his door bearing his grandmother's four felines. Killer, Cleo, Kink and Maximillian the Emperor, Max for short, invade TJ's life and replace dinosaurs as the topic for his school project. His friend and partner for the project, Seymour, is deeply disappointed; the cats in his drawings all come out looking prehistoric. The animals' presence in TJ's house leads to a series of adventures, one involving the police and another involving a mass escape.

TJ and the Haunted House

In this sequel to TJ and the Cats, TJ and his best friend Seymour are back, joined by a classmate Amanda. TJ does not believe in ghosts. So when he agrees to create a haunted house in his own home as a fundraiser, he does not anticipate problems, at least not until it turns out that a ghost may inhabit the spare room in his century-old house. The ghost, real or imagined, leads TJ to some fascinating family history. TJ finds a way to bring that history alive for his family. The kittens, offspring of two of the cats from the first book, lead the way. 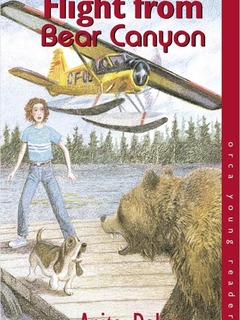 Addison Addley and the Trick of the Eye

Addison's mother wants to sell their comfortable old house and move into a townhouse in a new development across town - a shoe box near a shoe factory, Addison calls it. As usual, Addison's brain goes into overdrive as he tries to solve two problems: first he must get his mother to see their old house in a new light, and then he must figure out who is responsible for a rash of neighborhood break-ins that make his mother feel unsafe. With the help of his friend Sam, he puts his own unique spin on optical illusions (and home decor) and ends up surprising everyone, even himself.