Sonia Sotomayor has been a trailblazer all her life. She’s the Supreme Court’s first Latina justice, and its third-ever woman! This low-level book explores Sonia’s childhood in the Bronx, her career as a tough-but-fair prosecutor, and her journey to the highest court in the U.S. Sonia Sotomayor’s extraordinary life shows young readers that anything is possible!

An accomplished lawyer and dedicated public servant, Michelle Obama goes far beyond the title of First Lady. This title explores her life before the White House, and how she used her position to make healthy living possible for kids across the United States. Learn more about this exceptional First Lady in this low-level biography!

It’s not easy running one of the largest corporations in the world, but Indra Nooyi is up to the task. This low-level title takes early readers through the PepsiCo CEO’s childhood in India, all the way up to her present-day work, creating healthier snacks and a modern Pepsi design. Indra Nooyi is leading business into the future! 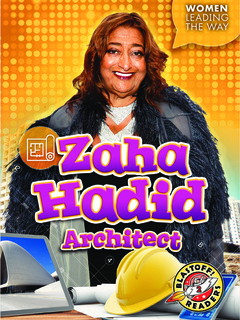 Just like her showy designs, Zaha Hadid challenges people’s ideas about what is normal. One of few female architects in a male-dominated field, Zaha fought for respect and ended up one of the most famous architects in the world! Learn about the life, achievements, and work of this ground-breaking architect in this biography for young readers.

It wasn’t long ago that pesticides threatened a national environmental crisis - until Rachel Carson’s Silent Spring turned the tide. A shy, serious girl, young Rachel became a biologist when few women went to college, and grew up to be one of the most influential scientists and writers of our time. Budding environmentalists will love this biography for early readers!

Like people everywhere, Mexicans have experienced governments that have been beneficial to the people, and those that have treated people harshly. The history of government in the land known as Mexico is long and complex, beginning more than 3,000 years ago with the various Amerindian civilizations that lived in the region. Once the Spanish conquered the native people during the 16th century, they imposed their own forms of government that persisted until the early decades of the 19th century. Since Mexico gained its independence in 1821, the people have experienced many periods of unrest and turmoil, as various groups have attempted to create an effective government. With the election of Enrique Peña Nieto as president in 2012, many Mexicans hope that their government is headed in the right direction to meet the challenges of the 21st century. The history of Mexican government, and hopes for the future, are traced in Meeting Future Challenges: The Government of Mexico.