Marie Curie's work in radioactivity changed the way scientists think about matter and energy and led to advancements in the treatment of disease. With her fellow scientist and husband, Pierre Curie, she searched for the source of radioactivity and discovered two elements, radium and polonium. They shared the 1903 Nobel Prize, the world's highest science award, for their discovery.

Albert Einstein is probably the most influential scientist and greatest physicist of the twentieth century. He revolutionized our ideas about time and space and is best known for his theory of relativity and his equation E=mc^2, which explains the relationship between energy and mass. By age 30, he was considered by many to be one of the world's greatest scientific thinkers.

Isaac Newton and the Laws of the Universe

Isaac Newton is considered one of the greatest scientists who ever lived. His work changed the way humans understand astronomy, physics, math, and more. He is probably most famous for three laws about the way things move, called Newton's Law of Motion.

Thomas Edison and the Pioneers of Electromagnetism

Thomas Edison's inventions changed the world. His most famous invention is the light bulb, but he also invented generators and the power grid. Edison holds 1,000 patentsâ€”the record for the most new inventions. He even started his own electric company. 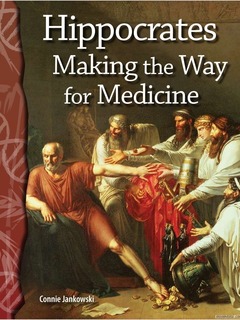 Hippocrates: Making the Way for Medicine

Hippocrates was a Greek doctor who is called The Father of Medicine. Before he was born around 460 B.C., there was little science in medicine. Doctors thought the gods were to blame for illness. Hippocrates studied the human body and tried to figure out what caused disease so he could develop cures. Hippocrates suggested rules for doctors to follow. The Hippocratic Oath, which doctors still follow, was based on his teachings. 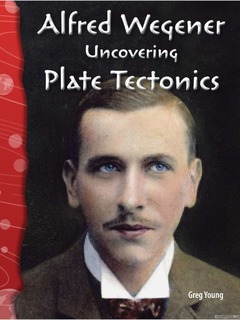 Alfred Wegener studied astronomy and meteorologyâ€”and was even a record-holding balloonistâ€”before he became famous for his theories on how the land and seas on Earth were formed and change. These ideas are continental drift and plate tectonics. Seeing that the continents fit together like a puzzle, Wegener proved the theory that all of Earth's continents were once connected. Although his theories weren't accepted until after his death, scientists use plate tectonics to explain volcanoes and many other changes on Earth.

Planck studied physics, the science of matter and energy. He wound up making big discoveries in the area of thermodynamics, which is the study of heat and how it moves. Planck won the Nobel Prize for his work in Quantum Physics, which is the movement inside of atoms. It changed the way scientists understood the world.