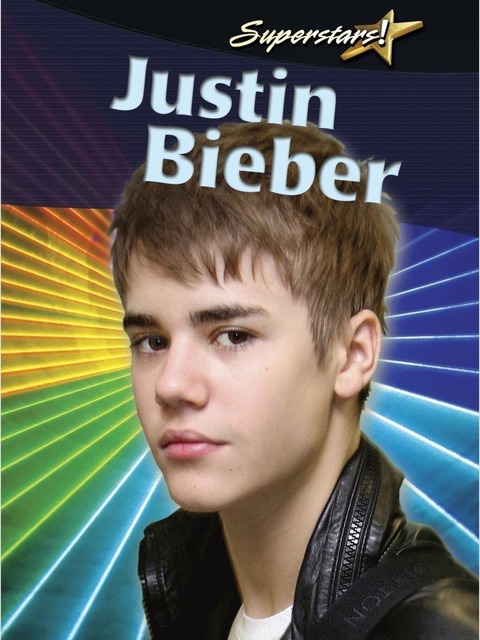 Justin Bieber went from runner up in a talent contest in his small hometown of Stratford, Ontario, to a worldwide teen superstar, thanks to the Internet site, YouTube. Growing up, his mother bought him different musical instruments but could not afford lessons too. So Justin taught himself how to play. When singers Usher and Justin Timberlake took an interest in him, "Bieber fever" took off! Now he has platinum albums and sells out stadiums, performing for tens of thousands of screaming fans at a time.

Meet the boys behind the new British Invasion! This exciting new biography tells the incredible story of pop group One Direction. From their start on the UK TV show X Factor to sold-out concerts, MTV Video Music Awards, and chart-topping hits, Harry, Niall, Liam, Louis, and Zayn show no signs of slowing down. The group's first album Up All Night made history as the first debut album by a British group to enter at number one on the US Billboard 200 chart. Full-color photos and fascinating facts make this book a must for any Directioner.

Robyn Rihanna Fenty came to the United States from Barbados at the age of 16. A year later she burst onto the music charts with her first album Music of the Sun. Rihanna hasn't looked back. With seven successful studio albums, all before the age of 25, she is one of the best-selling musical artists of all time. This fascinating book about Rihanna reveals the facts about the woman Time magazine listed as one of the most influential people of 2012. But success has not come without a price. She has had struggles in her personal life to overcome, much of it in the unforgiving glare of the spotlight.

Talented actress and singer Selena Gomez has definite star quality. From her early start on Barney and Friends to her starring role on the hit TV show Wizards Of Waverly Place, Selena Gomez has millions of fans around the world. This entertaining biography highlights the life and accomplishments of the young star, including her childhood, her rise to fame, her work as a Unicef Ambassador, and her plans for the future.

Growing up in a family of musicians, Bruno Mars started his music career performing at a young age in his hometown of Honolulu, Hawaii. After high school he moved to California and began producing music for other artists before embarking on his own solo career. This amazing book describes Bruno Mars' early life and how his debut album sent him to the top of the charts worldwide. With a wide range of musical influences, it's no surprise that this multi-talented singer won Best Male Pop Vocal Performance at the Grammys only a year later.