The backbone of any army, infantry soldiers seem to get all of the action but none of the glory. Trained for the very physical and aggressive work of engaging the enemy on the ground, the infantry's main focus is to advance on the enemy, take control of territory, and hold it. Not surprisingly the infantry tends to take high casualties because they are usually sent to the hottest spots in combat. This book looks at the high-risk jobs of the infantry soldier, including attack, defense, patrol, and intelligence gathering. 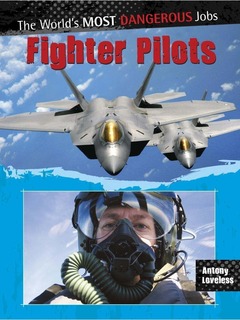 There are no second places in aerial combat. Fighter pilots have perhaps the most dangerous job of all pilots - engaging other aircraft in order to shoot them down, or flying over enemy territory to drop bombs. Learning to master flying such a complex jet is only part of the job. Ultimately, a fighter jet is no more than a weapons platform, and the pilot must be better than his or her rivals in using the jet's weapons. This book will examine what it takes to become a fighter pilot; what the job is like; the jets and equipment required; and what its like to fly at twice the speed of sound in pursuit of an enemy.

What does it feel like to live in a pressurized metal tube 1000 feet (300 m) under the ocean, and only steps away from lethally dangerous nuclear fissile material? Nuclear submariners know. In wartime, theirs is an unenviable task - to hunt other submarines and destroy them before they themselves can be hunted down. Nuclear power allows these submarines to operate at high speed for long durations without having to surface frequently. Nuclear submarines never need to be refueled throughout their 25-year life-span. This fascinating book looks at what life is like for the men who live and work together on these boats; what the inside of a nuclear submarine looks like and how it works; how the sea gives the submariners all the air they need to breathe while under water; and how they "fight" the boat while they hunt other submarines. 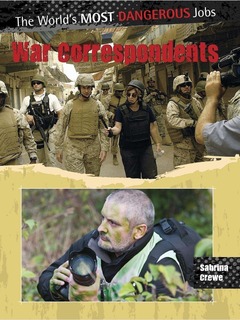 When the heat gets turned up in a conflict, support helicopter pilots are called upon to bring in additional troops and equipment or even provide battle support from the air. In modern warfare, the helicopter's agility and hovering ability have made it indispensible to the army, navy, air force, and marines for tactical support. This book describes the different missions support helicopter pilots undertake and the dangerous circumstances they must usually fly under.

These army pilots fly the most demanding helicopter in existence, a machine so complex to operate that its known as Riding the Dragon. Only 3% of existing army helicopter pilots qualify to fly it. Trainees have to learn to train their eyes to work independently of each other while the right eye sees flight and weapons information in the helmet's monocle, the left eye is free to look outside the aircraft and scan for threats and other obstacles. And, flying the helicopter is only half the battle - its purpose is to provide firepower from the air to protect soldiers on the ground. This book lifts the lid on what life is like for these men and women: their training; the aircraft; the missions, and what its actually like to be under fire while flying.