For as long as he can remember, Matt has wanted to play basketball. Now, as he tries out for the team at his new middle school, he realizes that the easy days of elementary ball are over and that this is a much more serious game. Dealing with a hard-driving coach, competitive teammates and his own insecurities in a new school, Matt needs to call on all his skills, both on and off the court, to make the team and keep his head above water. When he is involved, albeit unwittingly, in tagging a store with racist graffiti, Matt finds himself in more trouble than he bargained for. And when he fights back against an aggressive teammate and is threatened with suspension from the team, he learns that it is not only game-time decisions that count, but also the choices made after the crowd has gone home and the gym is silent.

Fresh from a thrilling basketball season playing for the varsity team, Matt is looking forward to a new challenge: baseball. The South Side team seems to be strong this yearif only Matt can control his fear of being hit by an errant pitch. But when Matt's friend, Jake, the team's star, falls in with the wrong crowd, the entire seasonnot to mention their long-standing friendshipseems to be on the line.

Trying to land a spot on the South Side Middle School football team isn't the biggest challenge Matt Hill faces in the third installment of this popular series. Besides catching passes and dodging defenders, Matt also has to deal with the return of his estranged father following a ten-year absence. But while Matt comes to grips with forgiving his father and gets used to having him around, he must also help a teammate deal with the damage inflicted by his own overbearing and sometimes violent dad. Full of the exciting sports action that marked the first two volumes of the South Side Sports series, First and Ten is a tale of choices made and lessons learned, both on and off the field. Book 3 in the series. 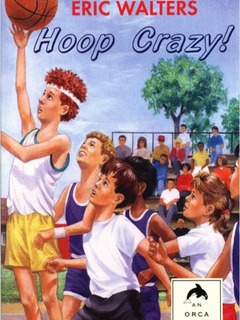