This book tells the story of a young boy planned to be a preacher. When he is called to save a white girl living with an Indian tribe, he is surprised by what he learns.

Jordie’s cousin Todd has moved back to Montreal and is attending Jordie’s high school. Todd has autism and requires an aide. Todd has not been welcomed in the school. He’s known as a freak, and even other parents seem to resent Todd’s special needs. Jordie does everything he can to distance himself from his cousin, fearful of what his friends might think. When he learns that Todd’s whole family is buckling under the pressure of a hateful letter, Jordie starts to question his own behavior. But Todd’s resources are unique, and he soon finds a way to prove his worth to his peers and to the community at large. Inspired by real-life events, Hate Mail examines the transformative power of speaking out against prejudice.

Ten-year-old Rosario Ramirez and her family are political refugees from Mexico, trying to make a new life in Canada. After being teased at school, Rosario vows not to speak English again until she can speak with an accent that's one hundred percent Canadian. Since she and her parents plan to spend the whole summer working on BC fruit farms, she will be surrounded by Spanish speakers again. But when her family's closest friend Jose gets terribly sick, Rosario's plans start to unravel. Neither Jose nor Rosario's parents speak English well enough to get him the help he needs. Like it or not, Rosario must face her fears about letting her voice be heard. 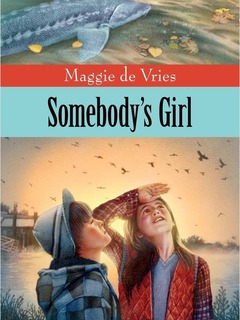 Martha knows she is adopted, but she's well-loved and popular, at least until her mother gets pregnant and she feels her parents' attention start to shift. Upset and confused, Martha lashes out at and loses her friends. She also makes no secret about her annoyance at being forced to do a school project about sturgeon with Chance, a difficult boy whose foster parents are family friends. To add insult to injury, Martha's birth mother announces that she is getting married and moving away. Now Martha isn't number one in anybody's life. When her mom goes into labor prematurely, Martha realizes that she needs to figure out a way to be a better friend and daughter, and a great sister.