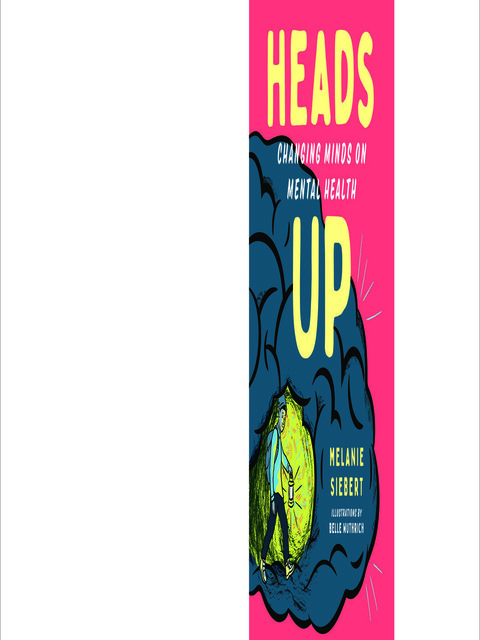 Featuring real-life stories of people who have found hope and meaning in the midst of life’s struggles, Heads Up: Changing Minds on Mental Health is the go-to guide for teenagers who want to know about mental health, mental illness, trauma and recovery. For too long, mental health problems have been kept in the shadows, leaving people to suffer in silence, or worse, to be feared, bullied or pushed to the margins of society where survival is difficult. This book shines a light on the troubled history of thinking about and treating mental illness and tells the stories of courageous pioneers in the field of psychiatry who fought for more compassionate, respectful and effective treatments. It provides a helpful guide to the major mental health diagnoses along with ideas and resources to support those who are suffering. But it also moves beyond a biomedical focus and considers the latest science that shows how trauma and social inequality impact mental health. The book explores how mental health is more than just “in our heads” and includes the voices of Indigenous people who share a more holistic way of thinking about wellness, balancing mind, body, heart and spirit. Highlighting innovative approaches such as trauma-informed activities like yoga and hip-hop, police mental health teams, and peer support for youth, Heads Up shares the stories of people who are sparking change.

Rob Maclean and his mom have moved to a small community in northern Ontario in order to be closer to Rob's imprisoned brother, Adam. One night after a rowdy party, Rob and some friends end up in a van speeding through a First Nations reserve. The driver of the van has a deep hatred for Indigenous people, and he lobs rotten fruit at a group of young men gathered in front of a community center. The young men chase them down, and Rob's friend Alan is injured and ends up in a coma. Now the police are pressuring Rob to identify their prime suspect. This is the second story featuring Rob and Adam Maclean after Coming Clean.

After another night of girls, music and booze, seventeen-year-old pop star Darius Zaire falls out of bed and lands on the cruddy floor of his old bedroom. No mansion, no luxury cars, no platinum records. Now he's just ordinary Darren Zegers. Some kind of nightmare has erased everything that happened to change Darren the dweeb into Darius the multimillionaire. Now Darius has to face an ordinary day in the twelfth grade, suffering through remedial English and wondering what happened to the last three years, let alone all his fans and money. He desperately wants to return to his old life, but he is starting to worry that maybe this is reality, and it was his other life that was the dream.