From pharaohs to hieroglyphics, readers will learn all about the Egyptian dynasty in this fascinating book! The appealing photos and engaging text invite readers to learn about the Ancient Egyptian civilization, the construction of the great pyramids, mummies, Alexander the Great, Ptolemy, Mark Antony, and Cleopatra. Working in conjunction with easy-to-read text, the table of contents, glossary, and index combine to create a helpful and accommodating learning tool.

The Greek culture is rich in arts, philosophy, and government. Various civilizations contributed to the Greek culture. The Greeks saw the rise of city-states, as well as the first democratic form of government. Greek gods and Greek wars also influenced the culture. Through these influences, a great nation and culture was developed.

Mesopotamia was located in the Middle East. It was made up of empires such as the Babylonian Empire, Assyrian Empire, Persian Empire, and Phoenician Empire. The Mesopotamians made many contributions to the world, including creating the wheel and glass, using irrigation to farm, creating an alphabet, and developing a calendar system. Each empire made contributions and influenced the world as it exists today.

Ancient Rome was a city of rich history that influenced other in many ways, including architecture, politics, and language. Rome was the first republic, allowing people to vote and elect officials, instead of having kings. Even though the Roman Empire ended in A.D. 476, its legacy still lives on today.

Ancient Egyptian civilizations first began along the Nile River when nomads grew tired of the dangers of traveling and settled into villages for safety. With a gift for building, they began to create their own bricks and later discovered a way to build from stone; this lead to the construction of the great pyramids. Pharaohs ruled the society and were highly respected. Because of its location Pharaohs had a difficult time protecting the land from intruders and Egypt was eventually conquered by the Roman Empire. 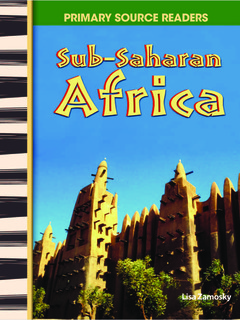 Africa, the second largest continent on Earth, is home to the largest desert and the longest river in the world. Savannas, which are large areas of grass and trees, cover much of Africa. Trade routes gave rise to ancient kingdoms such as the Kush and Aksum. With these and other great kingdoms in Africa, the continent has a rich history in culture, trade, and tradition.

The Mayas, Incas, and Aztecs were three groups of people found living in the ancient Americas. These three groups had similarities, including farming, the worshipping of gods, and skillful, imaginative art. All three civilizations ended when Spanish explorers moved into the Americas.