Destiny has wanted a dog for a very long time, but her mom always sends her to her dad, who says no every time. Why does he say no? She can't figure it out, and he won't give a reason. After her uncle Jake helps her with a school report, she decides to ask for his help again. Can her father's brother convince him to let her have a dog, or will he come up with a game plan? 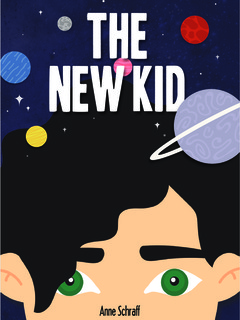 Paige and Coco are curious about the new boy in school. His name is Orion Wells, and from the beginning, the boy is different. Paige thinks it's Orion's magical green eyes. Could the boy be from another planet? After a few weeks at school, the entire culture has changed. The bully is nice. Lonely kids have made friends. Teachers are calmer. The principal smiles. Even Coco changes. During a major talent show, Coco doesn't get stage fright. She nails her song and wins the contest.

Chris always does the right thing. But when he knows who messed with Sam in the school yard, he can't speak up. His friends can't either. There's the silent Code that every kid follows. Chris decides he can't live with himself if he doesn't say something, so he makes a stand and is shocked at the outcome. Mean bully Phil is actually ... cool. But then Phil asks him to do something so wrong.

"Leo the Liar" is in big trouble now. He's promised the toughest kid in school a photo of a real zombie. And he has to deliver. Now Leo knows there are no such things as zombies. But he wants to prove a point. Plus, he doesn't like being called a liar. So he sneaks out late at night and finds more than he ever bargained for. Can he save himself and his family from a zombie swarm?

Dez and Jax are both in the sixth grade. Now they can be Sky Watchers, kids who patrol the sky path to school on their sky bikes. The Sky Watchers protect their schoolmates from spinners, little flat disks that have been programmed to steal bike packs and take them to the ground below. Nobody but the gang kids go below the tree line. It's polluted down there.