For spring break, sixteen-year-old Maya travels from Vancouver to Palm Springs to visit her grandparents, soak up the sun and play some tennis. When they surprise her with tickets to the Indian Wells tennis tournament, she can't believe her luck. This is going to be the best vacation ever. But on the way back from the match they get into a fender bender. The other driver suggests they just square up and not involve the police or insurance companies. That seems odd to Maya, especially since the passenger of the other vehicle is visibly pregnant. But because Maya was driving, her grandfather is worried about repercussions and agrees to the deal. Later, Maya and her new friend Ruby discover that similar incidents have happened to others in her grandparents' gated community. They start to investigate, and when they spot the woman from the crash working in a clothing store, and clearly not pregnant, they know they are onto something.

Even if Kenzie's dog had somehow managed to escape from the family's fenced backyard, Kenzie knows the big, lovable chocolate Lab wouldn't have gone far. As they search for Clancy, Kenzie and his dad keep hearing stories about other dogs that have gone missing too. When Kenzie finds Clancy's ID tag and spots a van loaded up with dog food, he knows he has to investigate further. With the help of a schoolmate whose dog has also disappeared, Kenzie uncovers an illegal operation that grabs dogs off the street and turns them into bloodthirsty killers.

New Hope Academy, or, as seventeen-year-old Jane Learning likes to call it, No Hope, is a Baptist reform school where Jane is currently being held captive. Of course, smart, sarcastic Jane has no interest in reforming, failing to see any benefit to pretending to play well with others. But then Hannah shows up, a gorgeous bad girl with fiery hair and an even stormier disposition. She shows Jane how to live a full and fulfilling life even when the world tells you you're wrong, and how to believe in a future outside the "prison" walls. Jane soon learns, though, that Hannah is quietly battling some demons of her own. 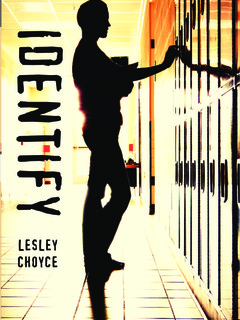 Ethan is an anxiety-ridden loner who relies on medication to get through his day. During one of his fairly frequent panic attacks, a girl from school named Gabriella comes to his rescue. Gabe, as she prefers to be known, is facing her own inner turmoil. She has always been a tomboy, but the more pressure she faces to act and dress "like a girl," the more she wonders just who she really is. When he learns that Gabe is being constantly harassed at school, Ethan discovers he is able to overcome his own fears in order to stand up for his new friend. Then Gabe finds a disturbing note in her locker, and the threats begin to escalate. Ethan confronts the person responsible, but things take an unexpected turn, and he suddenly finds himself being questioned by police, accused of assault. With a dose of courage and a surprising ally, the two friends come up with a plan to set things right and end up discovering who they really are along the way.