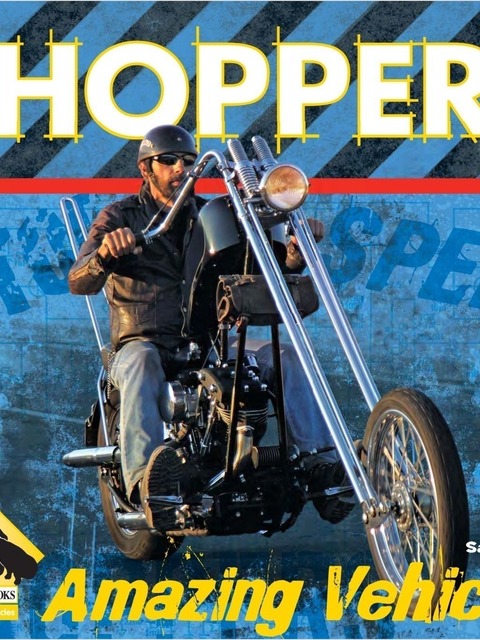 Put readers in the driver's seat of a chopper! With vibrant graphics, action-packed photographs, and engaging text, this book will get readers excited about the fast, thrilling world of choppers. Readers will learn how these amazing vehicles are custom built for power and style. Comprehensive diagrams display the main parts of a chopper and its engine. Also discussed are safety measures and chopper history. Features include a table of contents, fast facts, a glossary with phonetic spellings, and an index. Big Buddy Books is an imprint of ABDO Publishing Company.

This title explores the development and use of the versatile AH-64D Apache Longbow attach helicopter. Readers will follow the history of its origins, from the AH-56 Cheyenne to the AH-64. Chapters detail the aircraft's military and performance specifications as well as its features and advantages in the field, such as its Northrop Grumman millimeter-wave Longbow radar, its two turboshaft engines, and its powerful guns and missiles. Readers will also learn about the Apache Longbow's use in Panama, Operation Desert Storm, Operation Anaconda, and other significant combat and peacekeeping missions.

Learn all about the computer technology used in modern transportation. Use the algorithms and ideas that control real forms of transportation technology to create your own on-screen vehicles. Six step-by-step projects use the latest version of Scratch, the free online coding program, to help you learn how sensors work, create a hoverboard game, program a drone, and much more!

Explores the engineering challenges behind building fighter jets, as well as the creative solutions found to overcome those challenges. Accessible text, vibrant photos, and an engineering activity for readers provide a well-rounded introduction to the engineering process.

Introduces readers to the science that makes airplanes possible. Accessible text, helpful diagrams, and a “How Does It Work?” feature make this book an exciting introduction to understanding technology.