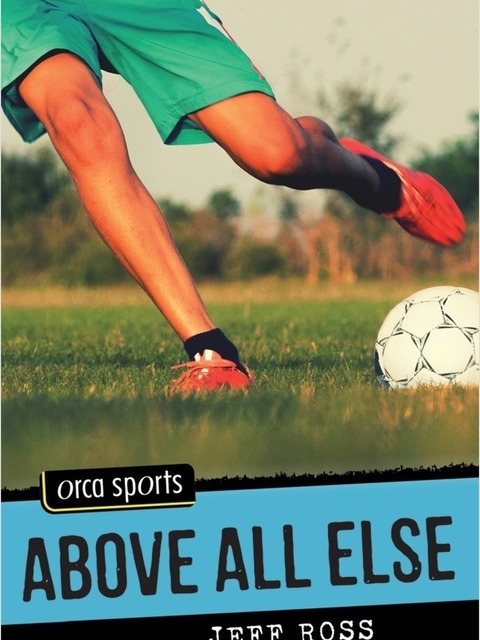 Del plays striker on his high school soccer team, the Cardinals, and they’ve gone almost three seasons undefeated. To Del, it’s just a game, but some of the players think winning is all that matters. When an ugly tackle results in a major loss for the Cardinals against their main rival, the Rebels, things get heated between the teams. That night, one of Del’s teammates has his ankle broken by an unknown assailant, leaving him unable to take part in the playoffs. As Del tries to figure out which of the Rebels’ players is responsible for the attack, his coach brings in a substitute player, and he’s actually really good. Is it just a coincidence, or did someone finally take the above all else mentality too far?

Jack Spencer has more to worry about than being kicked off his high school's basketball team. He uncovers suspicious circumstances surrounding the car crash that severely injured his mother and learns of his father's arrest for fraud. Jack's dad is tough on him, but he has learned to live with it. For the most part, he has it pretty good. Jack is a star player on his high school basketball team with everything going for him-scoring records, popularity and an easy path to a college scholarship. Almost as fast as the crash that put his mom in the hospital, everything Jack believes in starts to crumble. His only hope is to discover what's really going on, and quickly. If he doesn't, Jack may lose much more than a basketball career.

After a member of her competitive cheerleading team is injured in practice, sixteen-year-old Marnie is asked to be a flyer-the most coveted role in cheerleading. The Soar Starlings team has a real shot at the provincial championship, and Marnie has only a few weeks to prepare. But as she scrambles to polish her lifts and throws, Marnie's personal life begins to unravel. First, her boyfriend of two years breaks up with her, and then her best friend Arielle, captain of the Starlings, disappears during a team trip to Toronto. As Marnie struggles to adjust to being both a flyer and the team's new captain, she realizes that, to be a leader, you have to let go of old alliances to make room in your life for new ones.

Casey Finnegan is a talented skateboarder. He lives to skate. At the end of his final year of high school, Casey is wondering what to do with his life. He hasn't applied to any colleges, and other than skateboarding, he doesn't believe he's very good at much of anything. When a young movie star contacts Casey and offers him the job of stunt double in an upcoming skateboarding movie, Casey is stoked. It's his dream job, and Casey jumps at the opportunity to train the star. But when word gets out about Casey's new gig, a local skater has other ideas about who would make the best stunt double.